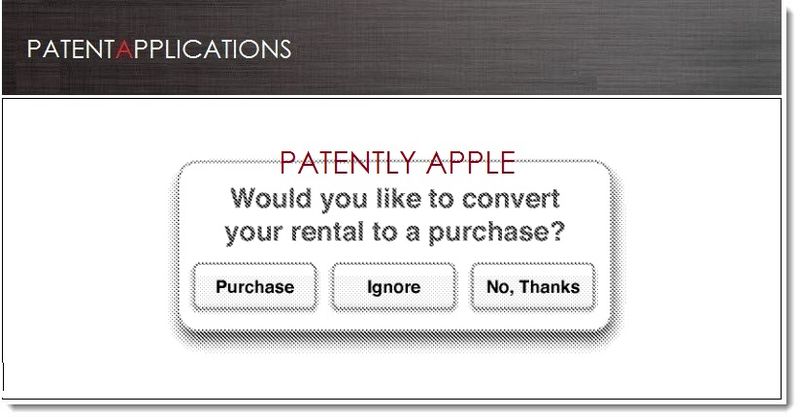 On September 26, 2013, the US Patent & Trademark Office published a series of 23 patent applications from Apple covering a wide array of technologies. Some days there just isn't a big knock-out patent to get excited about covering a new concept or design. Instead, we find a lot of smaller inventions that will contribute to future products in minor or major ways. In this report we cover a wide array of technologies relating to Apple's Maps, iDevice finishing processes, iTravel, how to convert a movie rental into a purchase and much more.

A satellite navigation or sat nav system is a system of satellites that provide autonomous geo-spatial positioning with global coverage. It allows small electronic receivers to determine their location (longitude, latitude, and altitude) to high precision (within a few meters) using time signals transmitted along a line-of-sight by radio from satellites. The signals also allow the electronic receivers to calculate the current local time to high precision, which allows time synchronization. A satellite navigation system with global coverage may be termed a global navigation satellite system or GNSS. Apple's Maps app is still being criticsized as recently as today with a new report about the Alaskan airport complaining to Apple following two incidents in which the company’s Maps app misled drivers, leading them to drive across a main runway.

While on the topic of Maps, another maps related patent came to light today. Apple's patent application 20130253829 titled "Schematic Maps" relates to preparing and presenting schematic maps, which are maps that present information in a format that presents only information that is most relevant to a given situation in order to provide a simple and clear representation sufficient to aid a user in guidance or orientation. 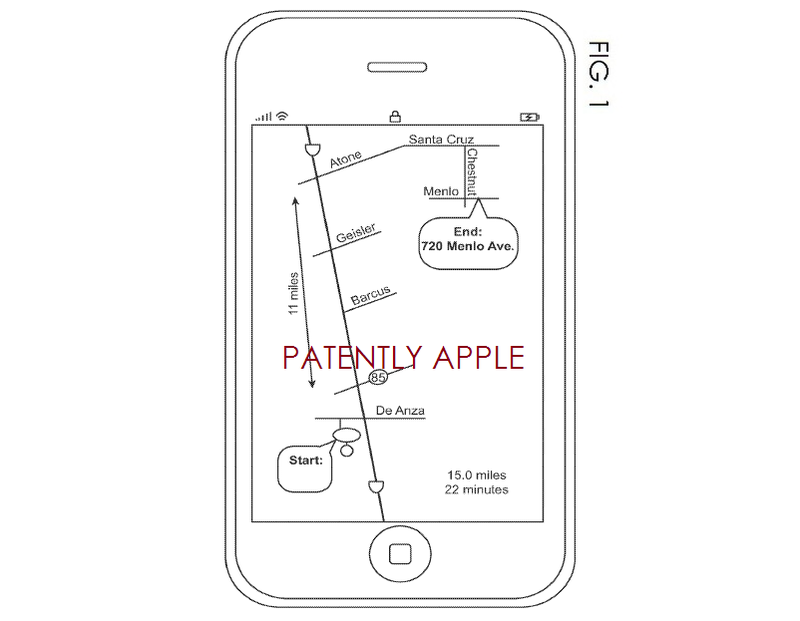 Three new patent applications have surfaced at the US Patent Office today which relate to various iDevice finishing processes. We all know Apple's fanatical attention to detail in regards to their industrial designs and today you can check out three of them if this aspect of design interests you. 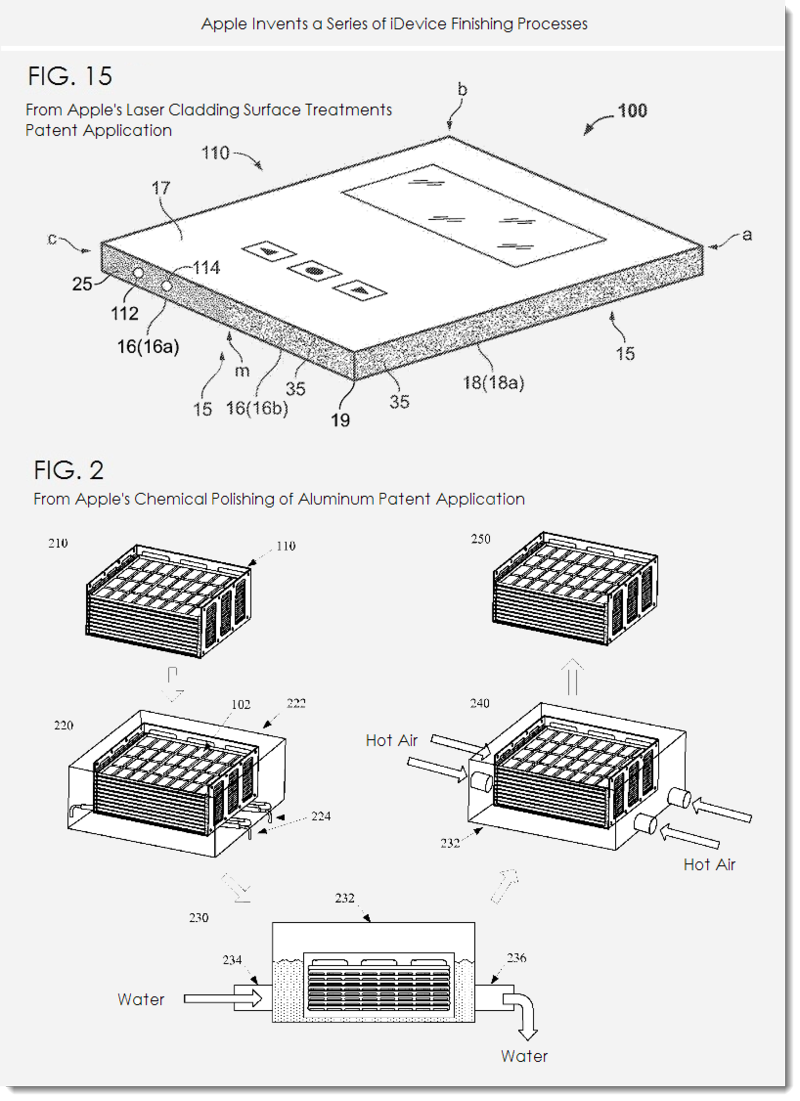 Apple's patent FIG. 15 noted above relates to the laser cladding surface treatment patent which illustrates a perspective view of an exemplary MP3 player device undergoing this process. The second graphic relates to patent FIG. 2 of the chemical polishing patent which shows an illustrated process for acid etching aluminum parts arranged inside a plate holder. 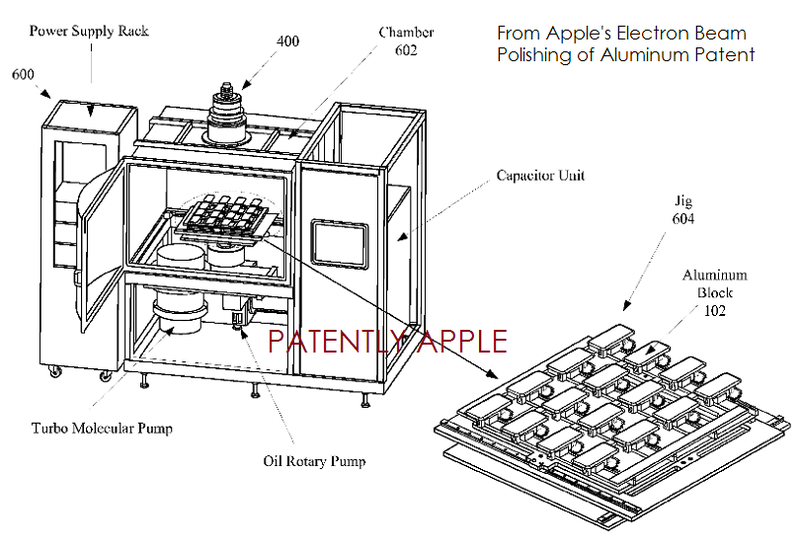 Two noteworthy "continuation patents" were published today. The first covers travel services (20130254034) on an iPhone which we originally covered in depth back in July 2010. This technically falls under Apple's "Passbook" application.

The second patent filing (20130249799) relates to force sensors destined for a future Apple (Magic) mouse which we originally covered in depth back in January 2010. For the record, Apple has already received a granted patent for a related patent earlier this year. 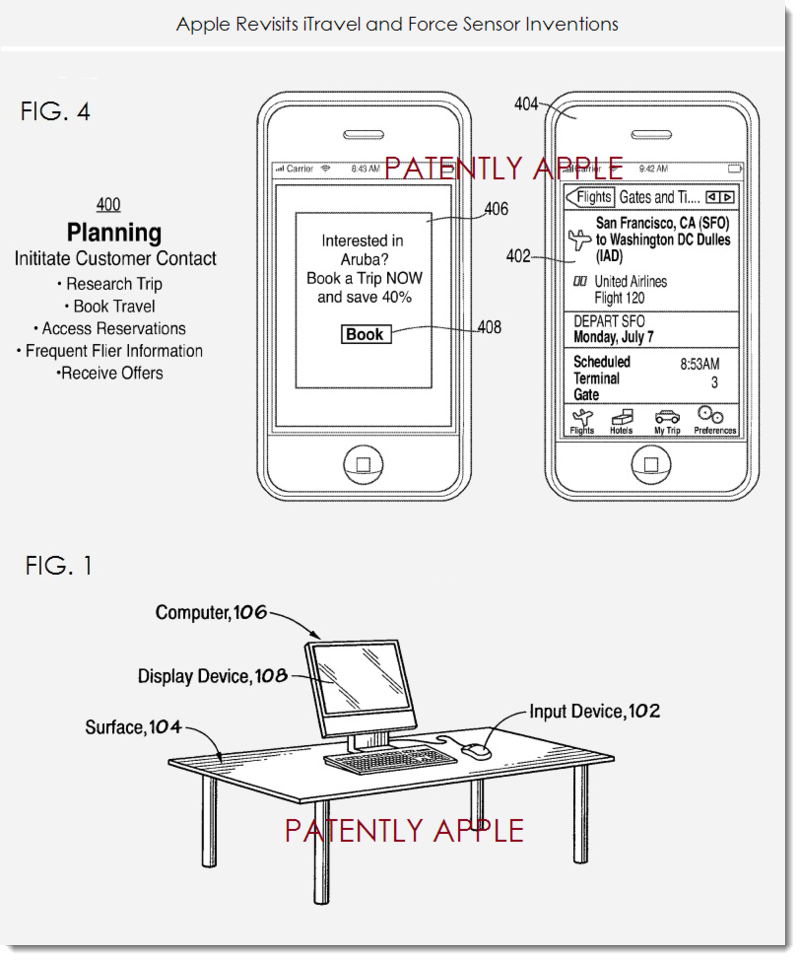 Apple's force sensor for a future mouse may be able to improve gaming and graphic applications. A series of new functions for the mouse will be possible due to this new sensor. Apple describes functions dubbed as "nudge," "Scoop" and "tilt and tap."

Apple has filed for a Flexible Printed Circuit Structures patent which is designed to combine a first thinner layer substrate with a smaller thicker second layer so that it could accommodate a radio-frequency transmission line. The design is to improve and support an iPhone, television, Apple TV set-top-box and future wearable computers. Patent Figure 20 illustrated below shows how holes may be formed in the substrate to promote circuit board bending. 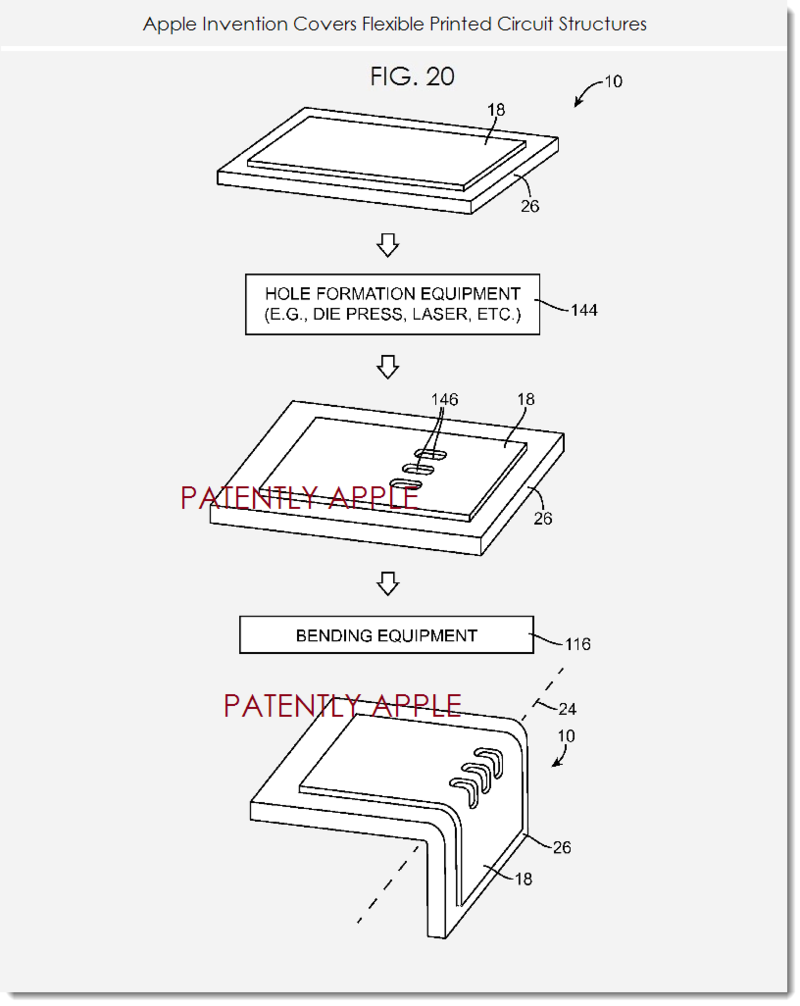 Two Other Inventions of Interest

Two other patent applications from Apple today that are noteworthy include an Audio Port Configuration for Compact Electronic Devices and Converting a Digital Media Item from a Rental to a Purchase.

Today Apple allows us to buy tunes from an album. If a user begins to purchase more tunes from a particular album, at some point the user may decide to purchase the entire album. Apple discounts the price by how many tunes you previously purchased from the album so that you don't get double billed.

In the future, if you really liked a movie that you just rented, you'll be given the option to purchase the movie at a price that discounts the rental fee as illustrated below in an Apple patent figure.

Very good for rental to purchase! I like Schematic Maps too! New gestures for Magic Mouse can be good too, but I will see in the future, today's gestures are enough for me.