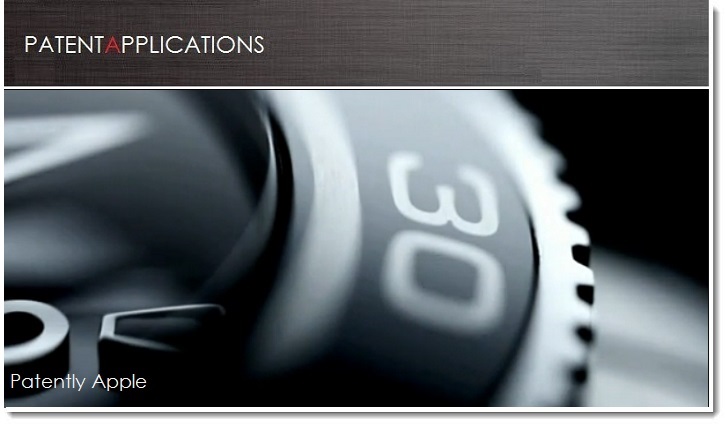 To date, our most comprehensive report on Liquidmetal was posted back in April 2013. Today, Patently Apple is the first to discover four new yet painfully detailed patents in Europe on this subject matter. These extremely difficult reads were more about the science behind liquidmetal than products and yet at the heart of each we were able to find a few interesting trickles of new thinking of how Apple could translate this material into elements related to future products. In fact, one of the four patents delves into liquid metal as it relates to plastics and more particularly, to plastic injection molding. It makes you wonder if there's a connection between Apple's new iPhone 5c and Apple's work with liquidmetal.

First things first: All four of the patents relating to liquidmetal there found in Europe today contain the very same products that we've covered on this subject over the years. So there's a basic foundation that is understood and repeated. Under "Electronic Devices" in all four patents they cover these products: the iPhone, iPad, iPod, Apple TV.

With that out of the way, we'll now point you to a few of the new ideas associated with liquidmetal that were described in Apple's patents.

In one of the four Apple patents discovered today they state that "It has been argued that it is very difficult to make simple fasteners, particularly for electronic devices, to secure against tampering, because numerous types of attacks are possible. Yet, there is a need for a simple, but effective, permanent or semi-permanent fastener that would at least obviate physical tampering or make the fastener, and possibly the device to which the fastener is attached, non-functional if the fastener has been tampered with."

So what is this Liquidmetal patent about? Staying in context with what the patent describes as "a need" for this invention, we go deep into the patent filing to find where Apple describes the intended product.

"A fastener is a hardware device that mechanically joins or affixes two or more objects together. Fasteners can also be used to close a container such as a bag, a box, an enclosure or an envelope; or they may involve keeping together the sides of an opening of flexible material, attaching a lid to a container or a laptop, etc. Fasteners can be temporary, in that they may be fastened and unfastened repeatedly, or permanent, in that they cannot be removed without destroying the fasteners. The fasteners of the embodiments herein are limited to permanent fasteners."

Apple's patent stays in character and is focused on using the term "fastener." Yet at one discrete point in time Apple breaks from using fastener alone and introduces us to the focus of a security "zipper" as follows:

"In a semi-permanent bond, the hooks would be designed so that a certain amount of force would deform the hooks plastically, enough so that the two materials could be separated. The fasteners of the embodiments include a zipper. Zippers include airtight and watertight zippers that could be used sealing electronic devices, for example, the enclosure of a cell phone."

In a secondary patent, we find a few other ideas associated with liquidmetal in context with injection molding.

Here Apple states that "Another useful property of bulk amorphous alloys is that they can be true glasses; in other words, they can soften and flow upon heating. This can allow for easy processing, such as by injection molding, in much the same way as polymers. As a result, amorphous alloys can be used for making sports equipment, medical devices, electronic components and equipment, and thin films. Thin films of amorphous metals can be deposited as protective coatings via a high velocity oxygen fuel technique." Could this be an alternative to using a sapphire based laminate film?

Other points found in Apple's patents is talk about liquidmetal in use with plastics, especially in terms of injection molding and the ability to create a "roll-to-roll" process to create products on assembly. 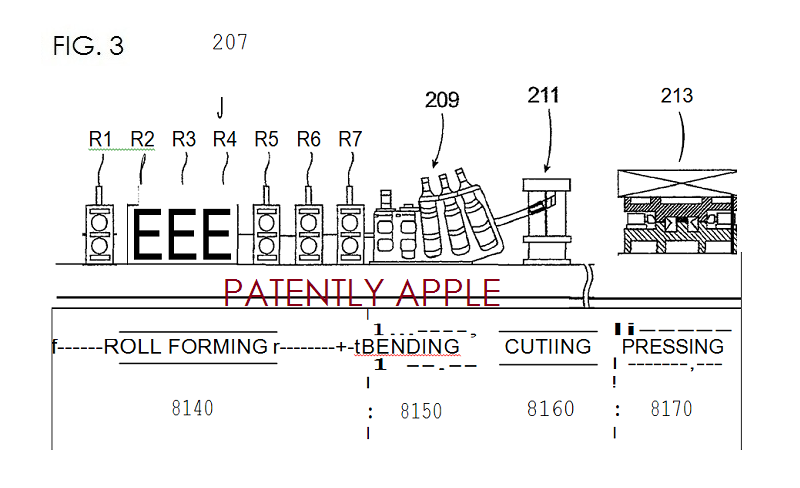 After reading some the patent details in respect to plastic, I have to wonder if Apple's Jony Ive's reference to the new iPhone 5C being unapologetically plastic has any connection to using liquidmetal in conjunction with plastic injection molding described in Apple's patents. If this is considered "secret sauce" technology, you won't be hearing Apple shout it out that they're already using it or not.

Considering that both Apple and Crucible are noted as the assignees of these patents, the following are likely related to possible future product applications for Crucible to sell, though the patent never really divides the patent up into Apple vs. Crucible segments. Here are two of the products that are safe to say don't belong to Apple but are still worth mentioning regardless of how strange the second one is.

Apple's four patent applications on the subject of Liquidmetal or "Bulk Metallic Glass" were published today in Europe. Below is a simple overview of one example of LiquidMetal in use today.

Sometimes Apple will file a patent or trademark in a foreign country so as to keep a key invention or associated marketing brand a secret and out of the limelight until it's time. Sometimes patents are filed in the US under the engineers names so that searches in USPTO's database won't reveal the patents under "Apple." Many times Apple will take assignment in Euro filings first and so we find them there first.

Technically LiquidMetal(TM) is a metallic glass...super-alloy. It has been developed to be stronger and more elastic than titanium, yet, unlike metal, it doesn't have to be cast/forged, or, in the case of aluminum, pressed into sheets, cut and bent into shape, but, it can be injection molded in a process very similar to plastic. I don't know that LiquidMetal is RF transparent. I don't know how soon we would see full backs made of this, but, they could use this instead of steel reinforcement/antenna like in the 5c.

As far as backs of idevices go, like the aluminum/ceramic back on the white/silver iPhone 5/5s, Apple could do a new design integrating these two, as ceramic tends to be RF transparent.

Exactly what does liquid metal do??
The name suggests It allows for flexible hardware ...
but this is apple and it has to be more than that (I guess)

You would need windows as the current aluminum backs do.

Why is Apple applying for patents in Europe instead of the US? Do they need to do it both places?

Has anyone been able to confirm if the sim card tray in new 5S is made of liquid metal. BGR reported months ago that the leaked gold sim tray was liquid met

How would signals pass thru liquidmetal? more like plastic or aluminum?