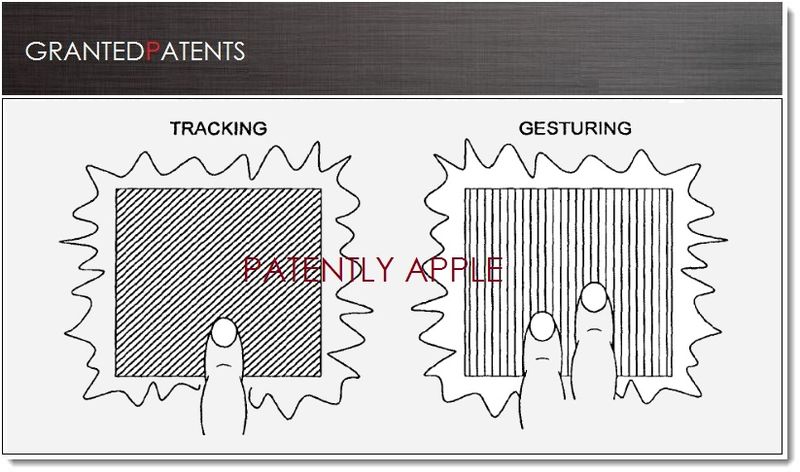 The US Patent and Trademark Office officially published a series of 43 newly granted patents for Apple Inc. today. In our final granted patent report of the day we cover patents relating to three touchy inventions, one on security, another on the mysterious Macroscalar architecture and more. And for those who like to dig down into all of Apple's other granted patents of the day, we provide you with a full list the remaining patents. 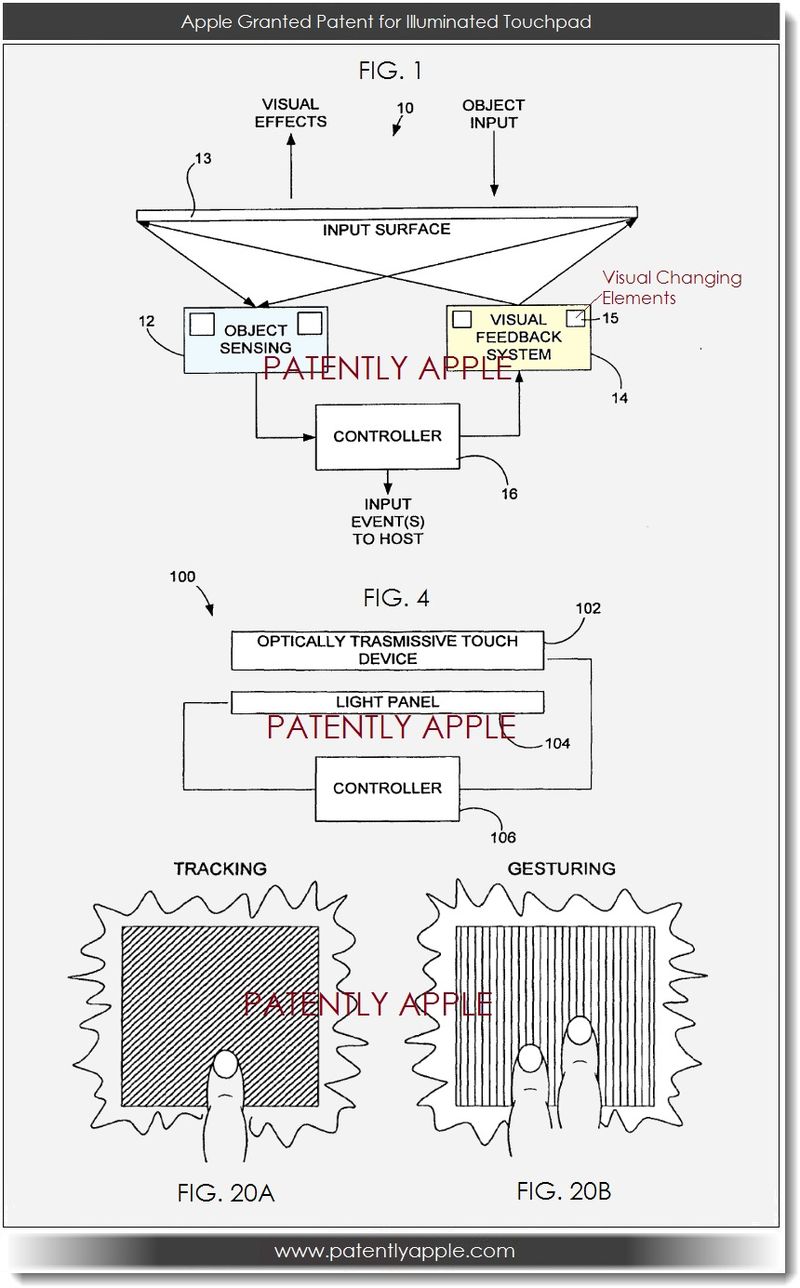 One aspect of the invention relates to more than just in backlighting so that the user knows where the touch pad is located in low light conditions, but also to give other feedback related to how the touch pad is being used.

Apple notes that the invention may one day relate to any number of products such as the iPhone, iPad, computers (also think Apple's Magic Trackpad), the iPod touch and beyond.

Considering that Apple's invention for the illuminated touchpad dates back to 2005, the idea of illuminated trackpads may have passed its time or relevancy. While it may provide an aesthetic value to having the MacBook's keyboard and trackpad illuminated, there's little need for such a feature. Today's modern and enlarged touchpads make them difficult to miss, even in the dark.

Apple credits Stanley Ng and Duncan Kerr as the inventors of granted patent 8,537,132 which was last filed in Q2 2012 and published today by the US Patent and Trademark Office. References date back to 2005. To review today's 20 patent claims and details, see Apple's patent.

Talk of the devil. Considering that the "illuminated touchpad" may one day come to the Mac via the Magic Trackpad, it's interesting that Apple has been granted a patent today for the latter. Apple's Magic Trackpad was introduced on July 27, 2010. It's similar to the trackpad found on current MacBooks, albeit 80% larger. 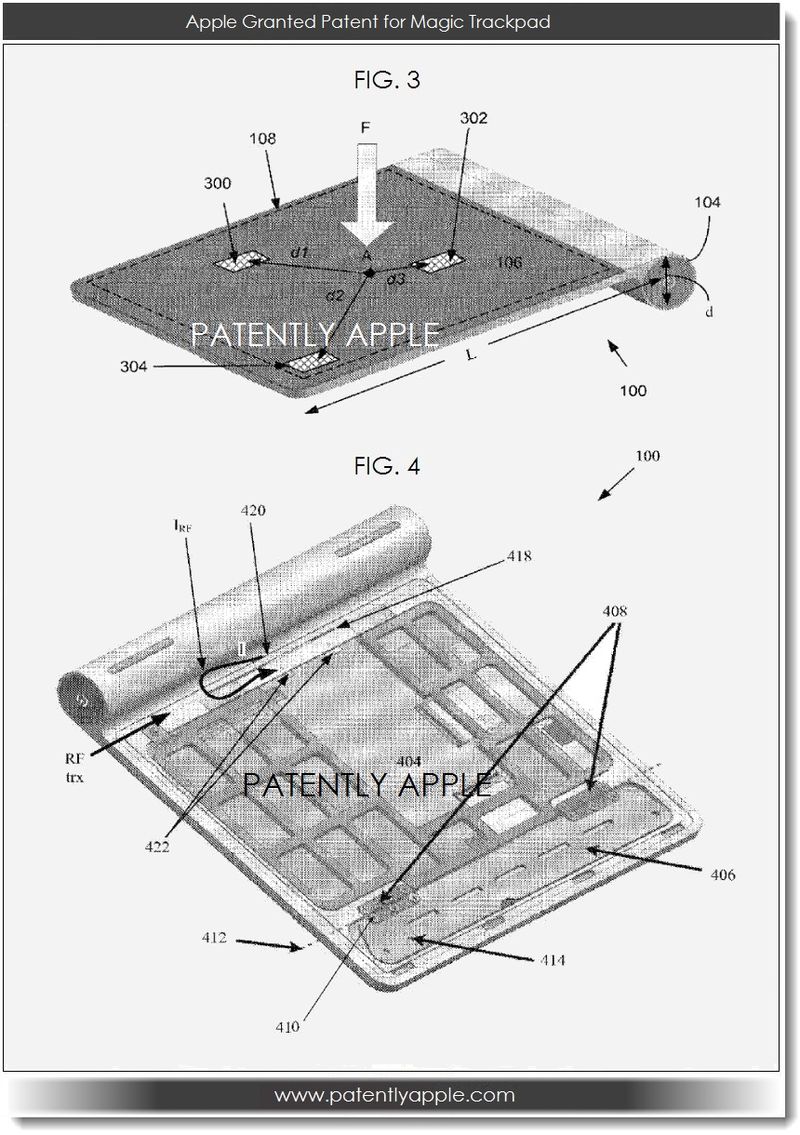 Apple credits Erik Uttermann, Rico Zorkendorfer, Andrew Lauder and Sean Corbin as the inventors of granted patent 8,537,128 which was originally filed in Q2 2010 which works out to about a month prior to its debut. The patent was published today by the US Patent and Trademark Office. To review today's 20 granted patent claims and details, see Apple's patent.

If you're not an owner of the Magic Trackpad or are new to the Mac in general, you could check out this demo video that will walk you through the device.

Apple has been granted a patent today for their Magic Mouse or it's technically known as, the "Ambidextrous Mouse." Apple's Magic Mouse is multi-touch and is able to work with a limited number of gesture inputs. It first debuted on October 20, 2009. 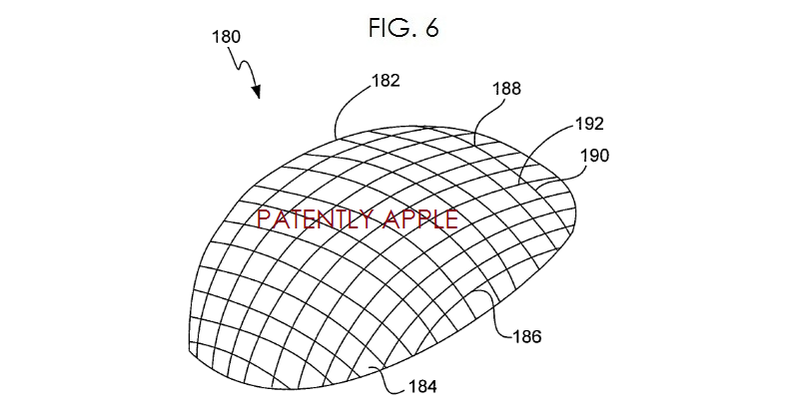 Apple credits Steve Hotelling and Brian Huppi as the inventors of granted patent 8,537,115 which was originally filed in Q3 2010 or shortly after the Magic Trackpad was filed for as noted above. It published today by the US Patent and Trademark Office. To review today's granted patent claims and details, see Apple's patent.

A Few Other Notable Granted Patents for 9.17.13

A few other notable granted patents today include: 1. A security patent: When unauthorized use of a device is suspected, a recharging mechanism (e.g., recharge-circuit) of the device is disabled in order to guard against extended unauthorized use of the device; 2. Apple's patent is about the concentricity of cameras' within apertures of a MacBook or iDevice such as the iPhone and beyond. 3. A Camera patent relating to a mechanical camera shutter mechanism. 4. Apple's backup feature called "Time Machine" is another winner today. 5. Lastly, there's one relating to a macroscalar architecture. Apple is certainly piling up patents for their macroscalar architecture. It'll be interesting to finally hear Apple explain this somewhat mysterious architecture to us sometime in the future, because it sure sounds radical. 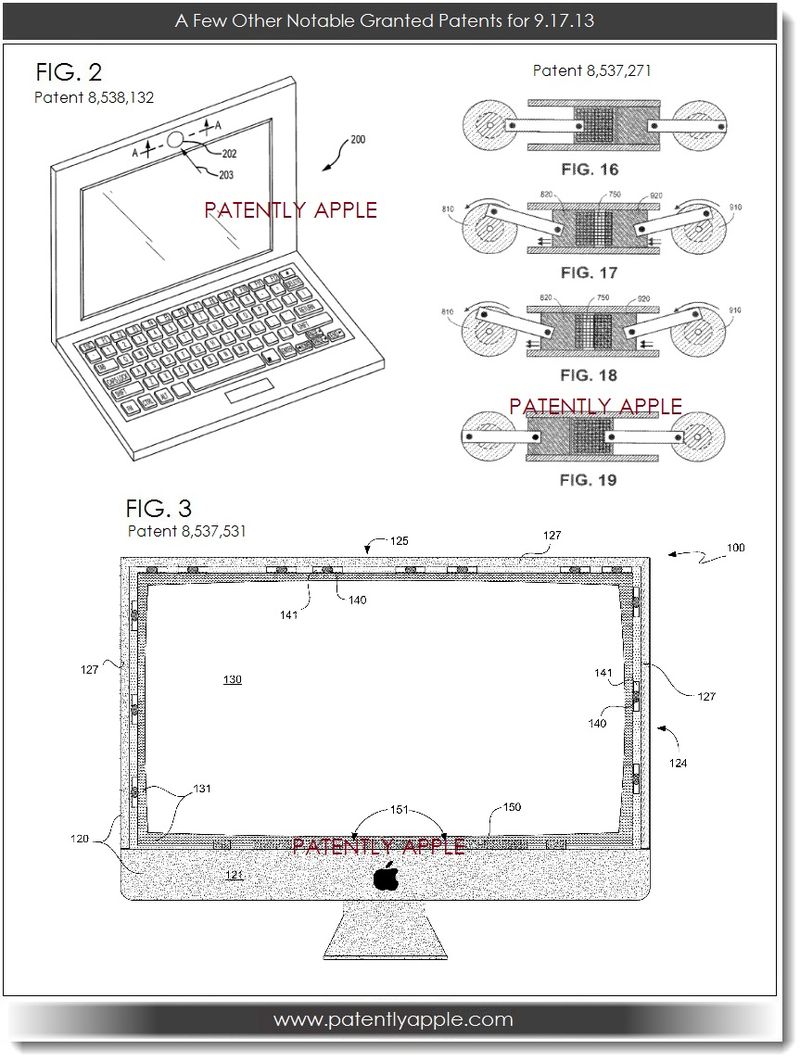 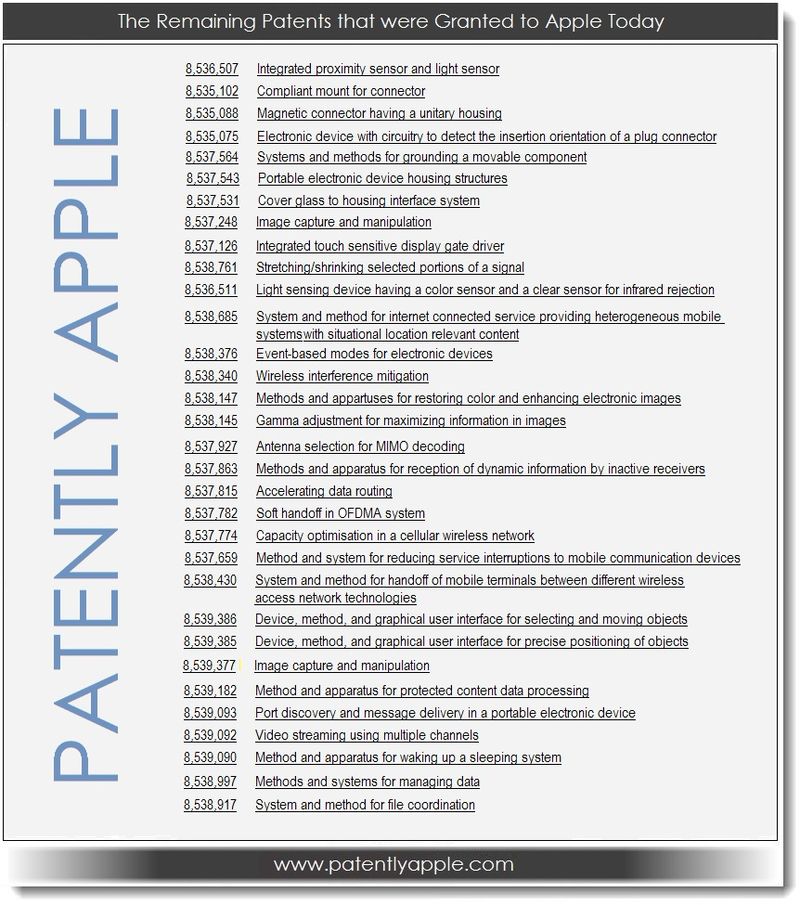