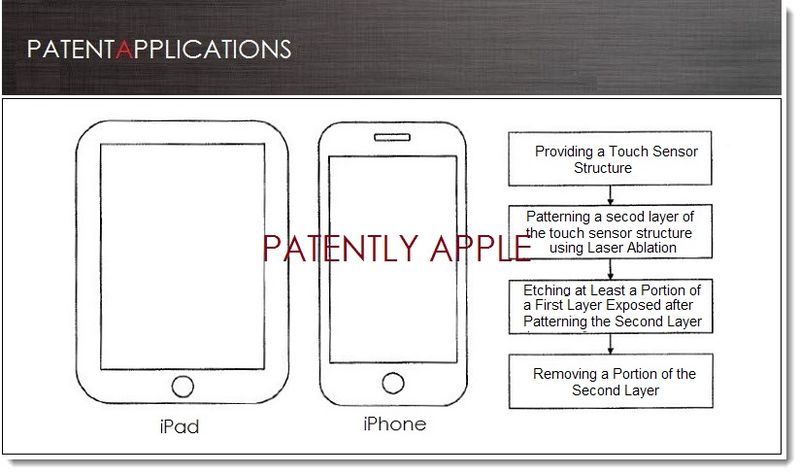 The week before Apple's big iPhone event, the US Patent and Trademark Office published 20 original patent applications from Apple with most of them being very low key. In this patent report we point to a series of interesting yet extremely detailed patents. One covers new processes behind Apple's iDevice touchscreens. Another covers a possible cooling system controller for Apple's upcoming Mac Pro with multi-core processors. Yet another covers teaching Siri how to remember name pronunciation for foreign names. And lastly, Apple may be thinking about providing iDevices with a simple zoom slider for taking photos near or far. If you're one that likes to read about the little hidden details behind some of Apple's greatest products of today and tomorrow, then you'll enjoy this report.

Conventionally, the drive lines and sense lines of a touch display can be fabricated on the touch sensor panel using various processes, such as lithography, printing, or laser ablation. However, lithography and printing typically result in large distances between lines, and are thus in some circumstances undesirable for generating devices with thin borders. 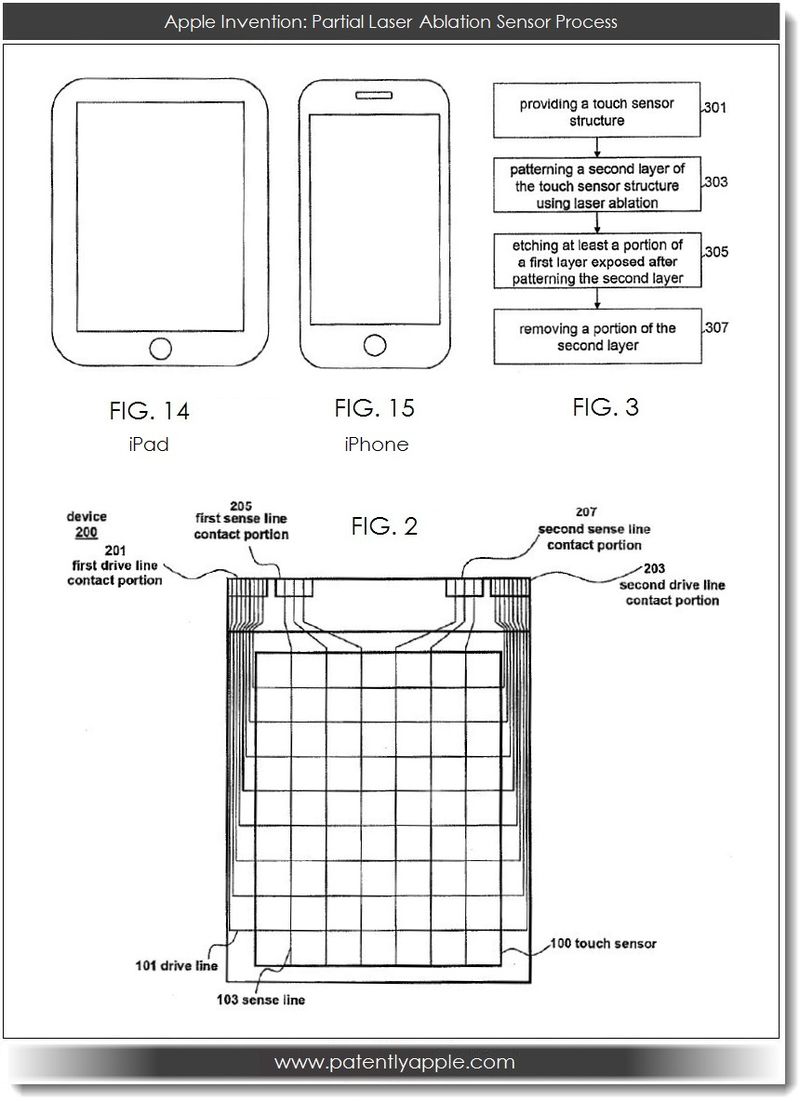 For those of you wishing to investigate this process in further detail can do so by checking out Apple's patent application 20130228442. 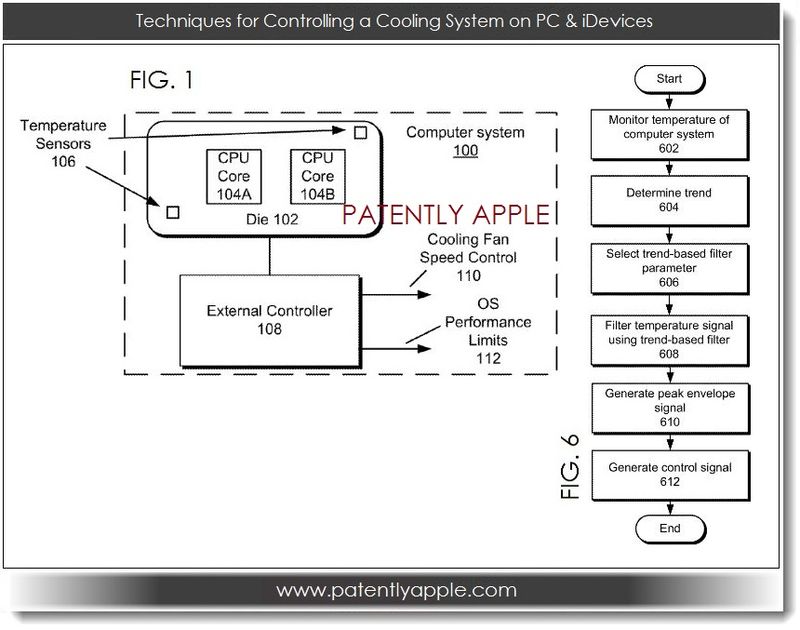 Apple states that as computer systems shrink in size and the power consumed by the chips in these systems increases, not only is more heat generated in these chips but the temperature of the chips can undergo larger and more rapid fluctuations.

As you can clearly see in patent FIG. 1 above, Apple has invented temperature sensors that could control the cooling system to work more efficiently. The system is primarily designed multiprocessor systems be they dual or quad CPU configurations. The initial systems to likely utilize such a system could be the iMac or the upcoming Mac Pro. The latter seems more feasible being that the patent relates to CPU's entering a "turbo" mode. Yet as Apple's iDevices begin to adopt more cores, such a system could be introduced in the future.

Apple states in their patent filing that current speech recognition systems typically model name recognition to support tasks such as phone dialing, search and query, reminders, and events scheduling based on a named entry in a contact application of a user device.

To recognize or synthesize a name, current systems often use a dictionary or a lexicon. These contain a mapping of the names to their possible pronunciations. However, if a name has not been modeled in the speech lexicon, the system must guess the pronunciation. For the purpose of speech synthesis, the system may also need to guess the stress on individual syllables comprised in the name.

For names not modeled explicitly in the lexicon, speech recognition systems typically depend on a pronunciation guesser that uses sophisticated letter-to-sound rules. However, because certain phonetic units are particular to a specific language, the same name may be pronounced differently by different users. Thus, existing systems are not capable of building an adequate pronunciation guesser that models the pronunciation of names from different languages and cultures. In many cases, a foreign name pronunciation may not be guessed properly unless explicit rules are represented within the guesser. 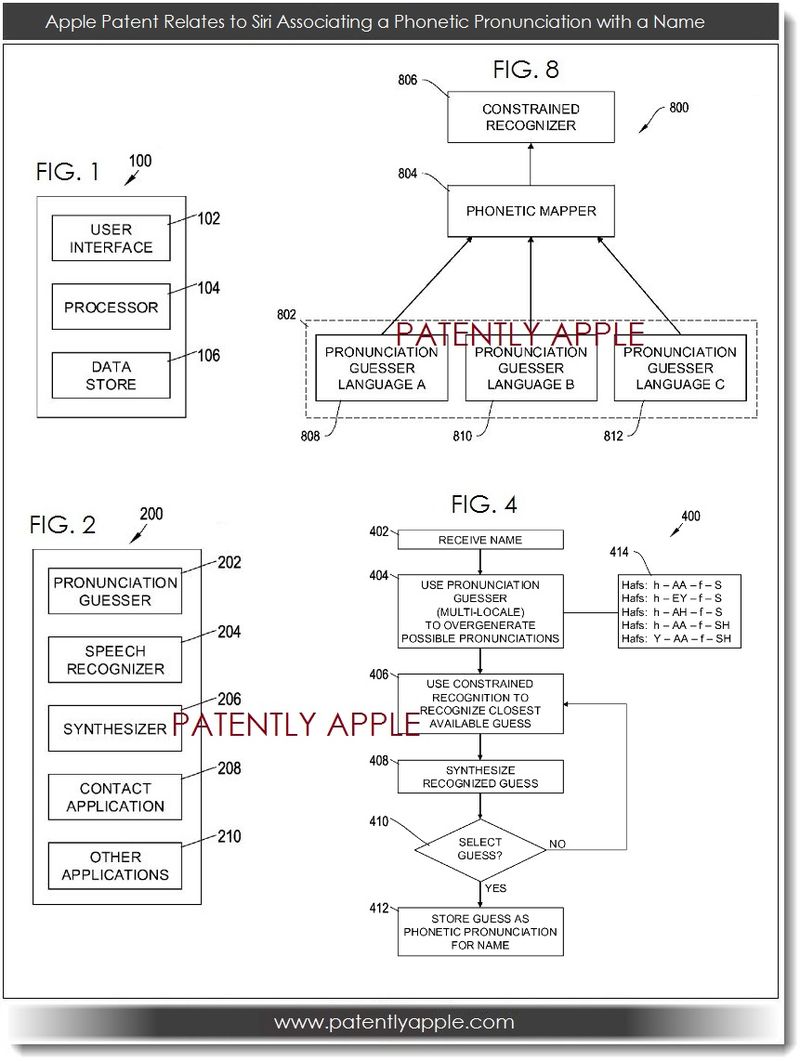 Although Apple works with Nuance, the fact is that Apple has a dedicated team that works on various aspects of advancing Siri. For those wishing to dig into the depth of details in this patent, see Apple's patent application 20130231917

A New Simple Camera Zoom Slider May Be in the Works

And lastly, an interesting patent figure from a new patent application from Apple relating to techniques for detecting blemish defects in solid state camera, we found a nice patent image with a new camera UI element. It's a simple bar with a simple zoom slider. I know that you can tap on the screen to zoom in, but a slider could be more accurate and faster for some. Though I'm sure some will disagree. 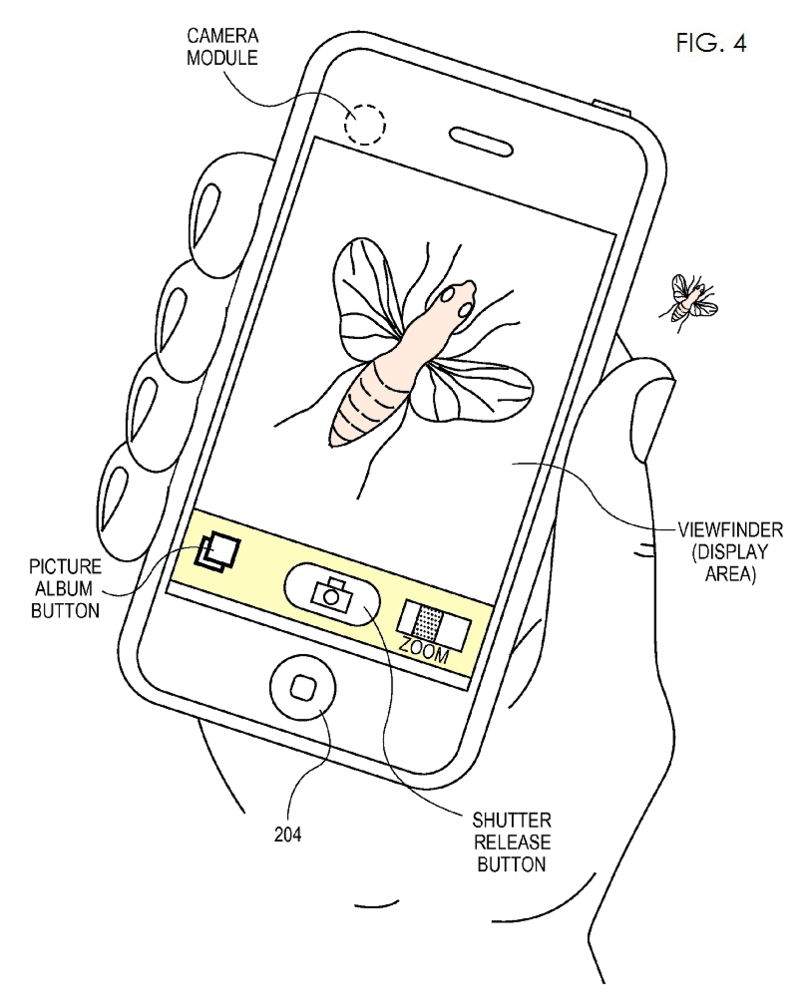 Thanks for pointing that feature out and how to get it to pop up. It should be a fixed element and not only for when you pinch the image you want to photograph. Perhaps that's what Apple intends to do, being that it's shown as a fixed UI element in the patent figure above.

Anyways, great tip. I've never used that feature before. I just tried it out seconds ago and it works great. Thanks for taking the time to point that out and here's to hoping that Apple will set it as a fixed UI element in the future.

Isn't there already a slider in the Camera app? If you start to pinch zoom while taking a picture, a slider appears at the bottom of the viewfinder that you can manually drag instead of pinching.