On August 30, 2013, the US Patent & Trademark Office published Apple's latest registered trademark for "Passbook" under registration number 4,391,155. The trademark which was officially granted on Monday was originally filed for in November 2012. The Passbook icon was granted registered status on August 01, 2013. Passbook is an application in iOS that allows users to store coupons, boarding passes, event tickets, store cards, 'generic' cards and other forms of mobile payment. Passbook debuted during Apple's World Wide Developer Conference on June 11, 2012 and released on September 19, 2012. 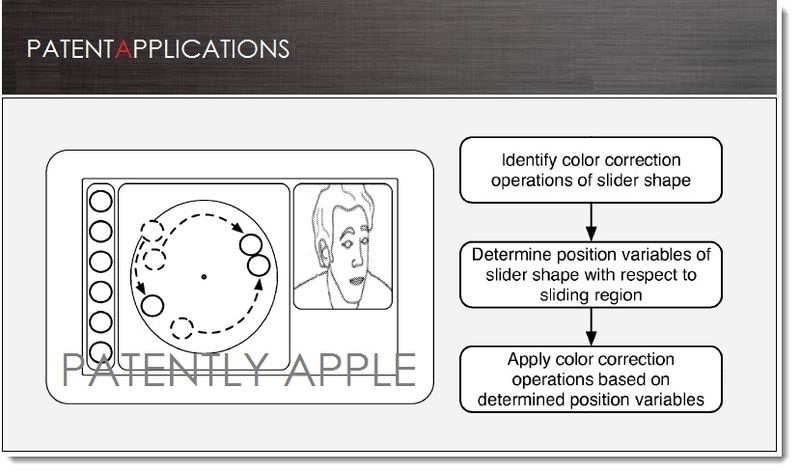 A patent application from Apple surfaced earlier this month in Europe revealing a new Korean patent filing. The patent was originally secretly filed in the US in 2011 under the names of the inventors without showing an assignee. In that way, a search for Apple's new patent filing in the US Patent Office's database would never reveal the original filing. The Korean filing covering the same invention now reveals that Apple is the assignee. Whether the secrecy is warranted or not is another matter. Apple's invention reveals an Aperture and/or iPhoto user interface designed for the iPad that uses a new method for editing photo brightness, color saturation, contrast and more. The new UI will offer users a sophisticated pop-up menu and sub-menu system. 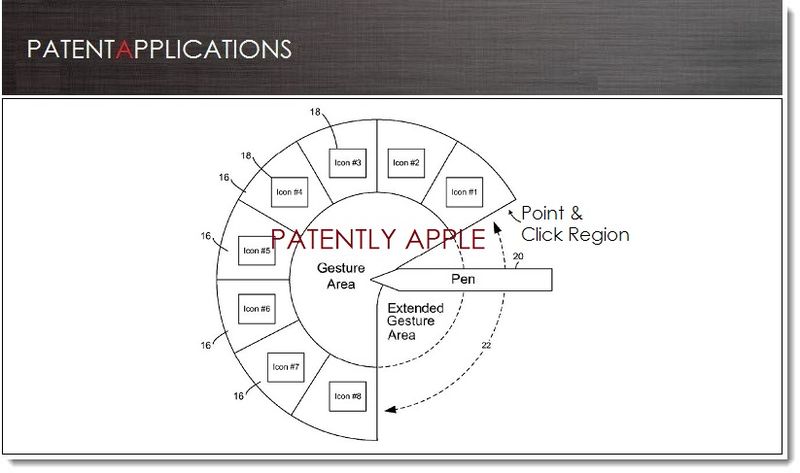 On August 29, 2013, the US Patent & Trademark Office published a patent application from Apple that reveals a new and elaborate collaboration system for videoconferencing that could be useful for the enterprise or for future distant leaning applications. The system introduces new interactive pie menus that will work with a sophisticated pen that will include memory and other advanced functions. Apple notes that as the pen advances toward the menu presented on a large presentation screen, an opening will automatically be created in the menu so that no content is covered by the presenter's hand or arm. Additionally, Apple notes that the new menu system will work with custom applications designed for this system yet also work with traditional software such as Photoshop, PowerPoint, and other common applications. Apple must think this is an important invention considering that this is a follow-up application to their already granted patent issued back in March. 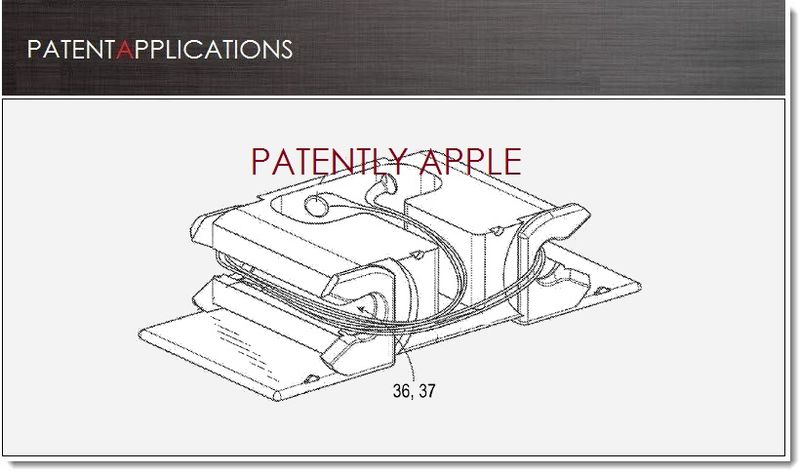 On August 29, 2013, the US Patent & Trademark Office published a patent application from Apple that reveals a new EarPod carrying case accessory. I don't know about you, but untangling my EarPod cable is always a dance I hate. Now Apple's lead accessory product designer Kurt Stiehl has come up with a solution for that. 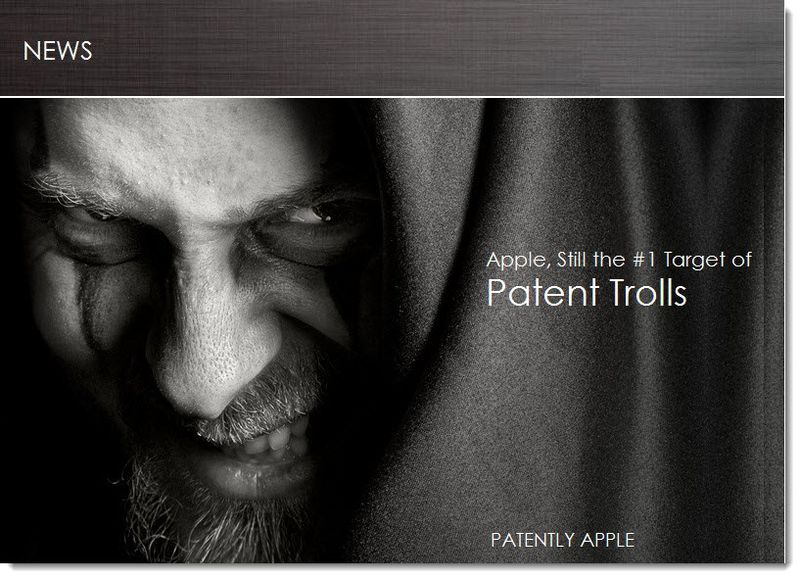 In case you didn't already know this, Apple is still the number one target of patent trolls. These entities, who prefer to be called Non-Practicing-Entities (NPEs), are wreaking havoc in the tech sector. A recently published study provides us with a clear view of the top NPE targets and Apple clearly tops that chart. According to this new study, these "villain-ized" patent trolls have filed more than 11,000 actions since 1985.

Samsung Obsessed with Dethroning Apple as the King of Tablets

In May we posted a report titled "How will Samsung Win against the iPad?-By Flooding the Market with Super Cheap Tablets over the Next Two Years." In that report we pointed to Samsung's co-CEO Shin Jong-kyun stating that they planned to grow their tablet business two-fold by selling some 33 million Galaxy Tabs. He vowed to expand its leadership in the smartphone to tablet sector. In translation that meant that Samsung would flood the market with super low-ball tablets and win the market share game against Apple. Today, that strategy has been confirmed in black and white.

A New Jersey man has filed a personal injuries lawsuit against Apple for his alleged pain and torment as a result of his severe, permanent, disfiguring and disabling injuries caused by his iPhone 4. The lawsuit claims that the plaintiff will be compelled to spend great and diverse sums of money for medical aid and treatment, and has been and will be prevented from attending to his usual occupation, duties, activities and future business. The Plaintiff is seeking $75,000.00 in damages excluding medical and other costs.

Australia way Behind the Times on Apple's "Startup" Trademark

It's being reported by Australia's TMWatch and repeated by AppleInsider that Apple recently filed for the trademark "Startup." The fact is that Patently Apple covered Apple's original USPTO application for this trademark back in April 2011, or 28 months ago. While it's nice to know that some in Australia are excited about this revelation, the fact is that it's anything but new for us in North America.

According to Taiwan's Apple Daily Newspaper, Apple has granted Quanta and Inventec orders for Apples iWatch for release in 2014. The report is relying on a research note by CIMB Securities analyst Wanli Wang bry who stated that "From our channel checks, Inventec is the major assembly source for 'iWatch', with about 60% of order allocation." 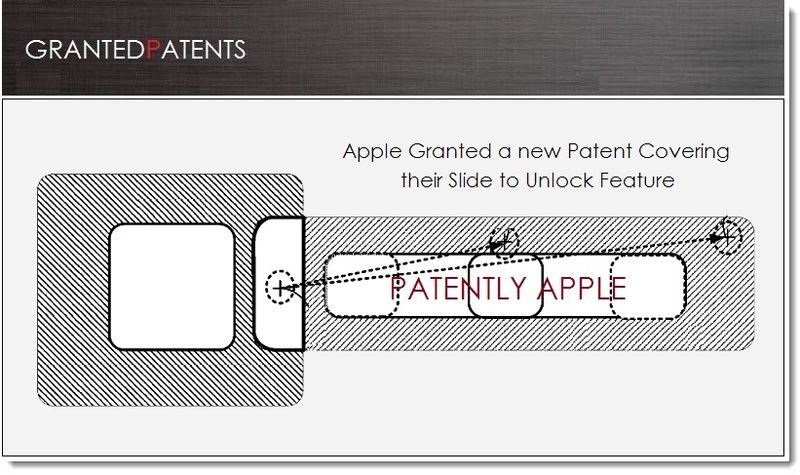 The US Patent and Trademark Office officially published a series of 36 newly granted patents for Apple Inc. today. In this particular report we cover several new design patents covering the iPhone with the iOS GUI and an all-new icon related to the iPad and more. Additionally, we cover a patent relating to a new speakerphone, mobile clubbing and two key original touchscreen related patents. One of them lists the Late Steve Jobs as an inventor.

In early June we reported that a "New Aggressive Trade-In Program for iPhone may be Brewing." The report at that time stated that Apple was going to team up with Brightstar Corp, a mobile phone distributor that runs similar trade-in programs for carriers like AT&T and T-Mobile, to handle exchanges. Today a new rumor confirms that the program is still on track and likely to be launched in September.

Rumors of Apple-DoCoMo deal still in the Wind

Early last month we posted a report titled "NTT DoCoMo in Tough Negotiations with Apple Over iPhone. We reported that Japan's daily newspaper Yomiuri Shimbun had reported that NTT DoCoMo's President and CEO, Kaoru Kato, has told them that they "are discussing with Apple the launch of iPhones via NTT DoCoMo, but find it hard to narrow our differences with Apple." A new report this morning states that the deal is closer to closing.

Continue reading "Rumors of Apple-DoCoMo deal still in the Wind" »

The Next iPhone may use Motion Sensor for Backside Controls

With the next round of new smartphone launches just around the corner, we're beginning to hear more leaked information from all of the players as a way to get their fan bases excited. For instance, the Korean press is now trying to pump up Samsung's surprise launch of a 16 MP camera next Wednesday at both Berlin and New York events. But now there's a new leak from Tokyo that states that Sony will better that with a new 20 MP camera for their upcoming Xperia Z1 debuting next week at the same tradeshow that Samsung will be attending. While it's been rumored that Apple will be introducing a new 13 MP camera for their next iPhone, the latest rumor is now suggesting that Apple has a more advanced "wow" camera feature on tap when it debuts in September.

Apple reportedly will release its new smartphones and tablets in September; however, compared to these new products, Taiwan-based vendors are more concerned about whether Apple has plans to release an entry-level iPad mini or cut its existing iPad mini's price to boost demand, as both moves would significantly change the current tablet ecosystem, according to sources from tablet players.

Late Thursday US District Court Judge Lucy Koh issued a ruling denying a Samsung motion for a new trial regarding the "bounce-back," or '381 patent. Apple made the case that twenty Samsung smartphones and two tablets had infringed upon their '381 patent technology, which covers the "bounce-back" feature. The patent also includes a host of touch-screen actions, including dragging documents. 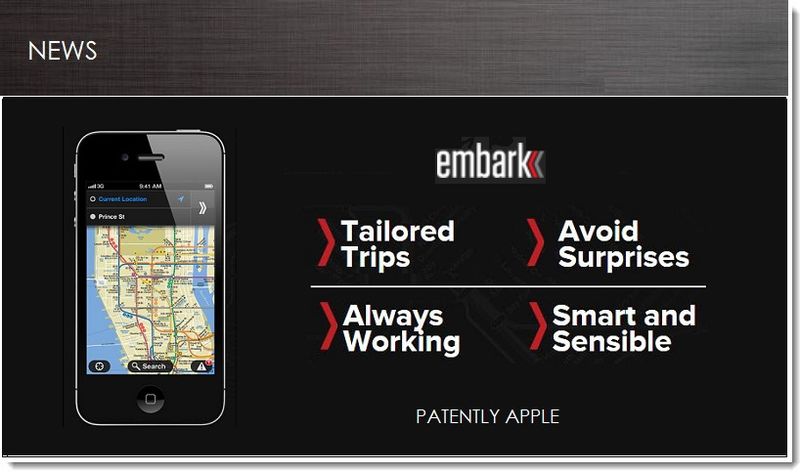 In late July Apple acquired New York based HopStop, a location based company specializing in transit information. They were ranked the number one transit app in iTunes and Google Play with over three million downloads to date. It's now being reported that Apple has just acquired yet another Geolocation company called "embark." Their public transportation navigation app is currently available on Apple's App Store. 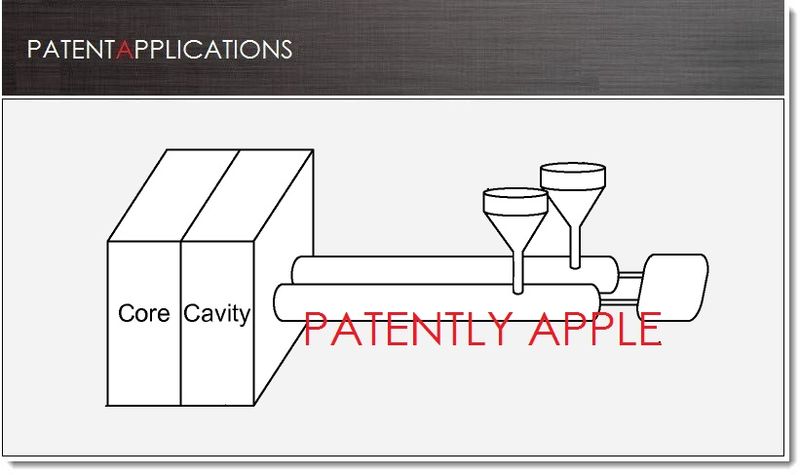 On August 22, 2013, the US Patent & Trademark Office published a series of 20 original patent applications from Apple today excluding 12 continuation patents. In this report we cover four mildly interesting inventions. The first details Apple's lightning connector exhaustively. The second covers automating Apple's iPhone status sharing feature so users won't have to set it up in the future. A third patent covers a new injection molding system for creating parts for Apple iDevices faster and cost effectively. And lastly we link you to a new patent application covering technology relating to the next iPhone cellular standard that's in the works called LTE-Advanced. 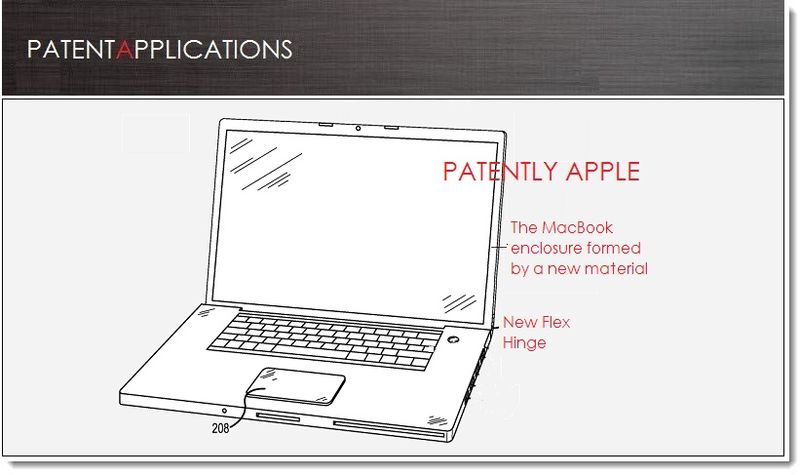 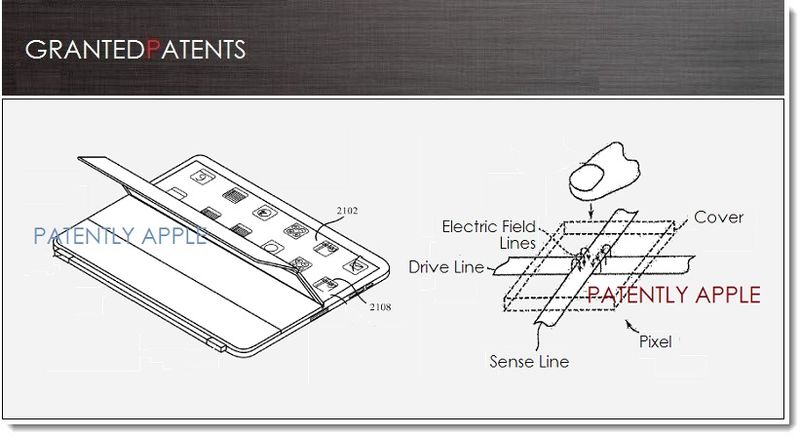 The US Patent and Trademark Office officially published a series of 35 newly granted patents for Apple Inc. today. In this particular report we cover Apple's sixth Smart Cover patent, three touch related patents, noise cancellation and GarageBand's virtual keyboard. We conclude our report by providing you with a full list of the granted patents issued to Apple today beyond those that we've specifically covered.

The US Patent and Trademark Office officially published a series of 35 newly granted patents for Apple Inc. today. In this particular report we cover a wild futuristic 3D application for the iPad that will work with 3D gesturing, an advanced camera image sensor, a workout application and two design wins for Apple.