Today the US Patent & Trademark Office published Apple's latest registered trademark for their iOS 6 "Reminders" icon. The icon was officially approved late yesterday under number 4,385,017. The newly registered icon will play a very short life as it will be replaced with a new flatter design when iOS 7 debuts in a few weeks' time. The design which used to represent a "check list" style of graphic will soon be replaced with a "bullet point" styled design. If anything, the newly registered trademark will stop others from using the former design. The new icons for iOS 7 were first revealed during Apple's World Wide Developer Conference keynote in June. 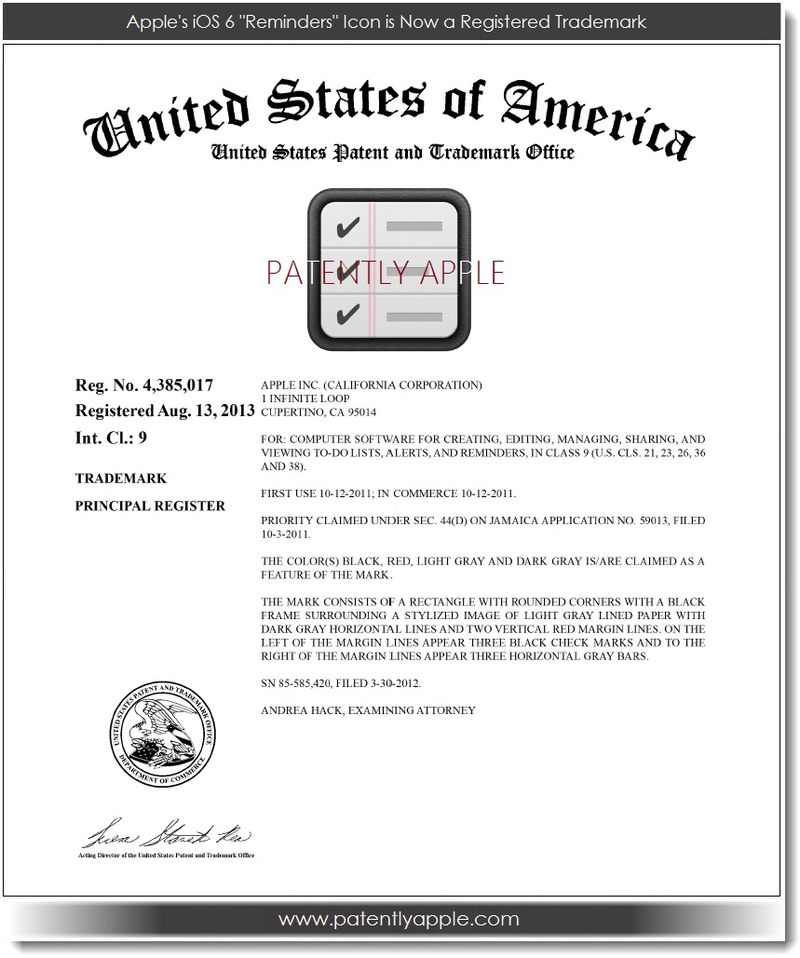 Apple originally filed their trademark under International Class 009 which officially covers "Computer software; computer software for creating, editing, managing, and viewing to do lists and reminders." 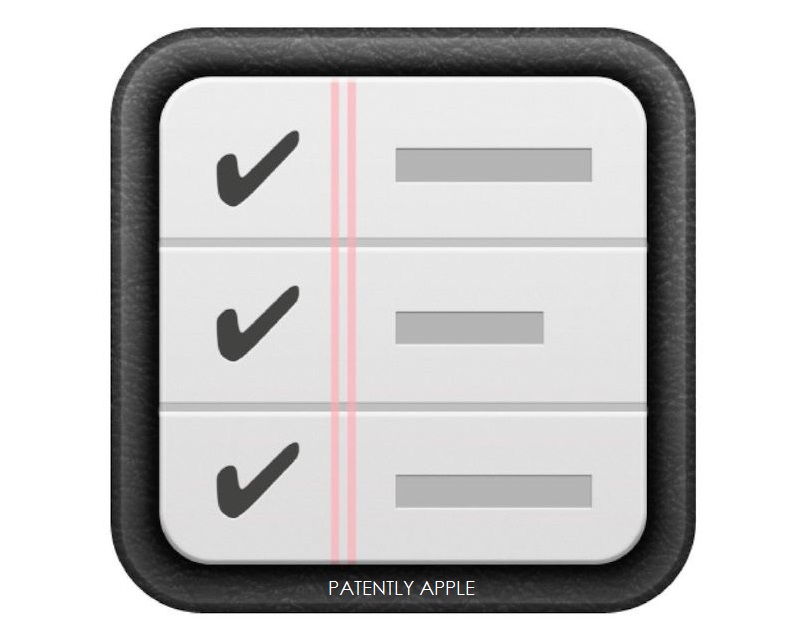 Out with the Old and In with the New: The New iOS 7 "Reminders" Icon 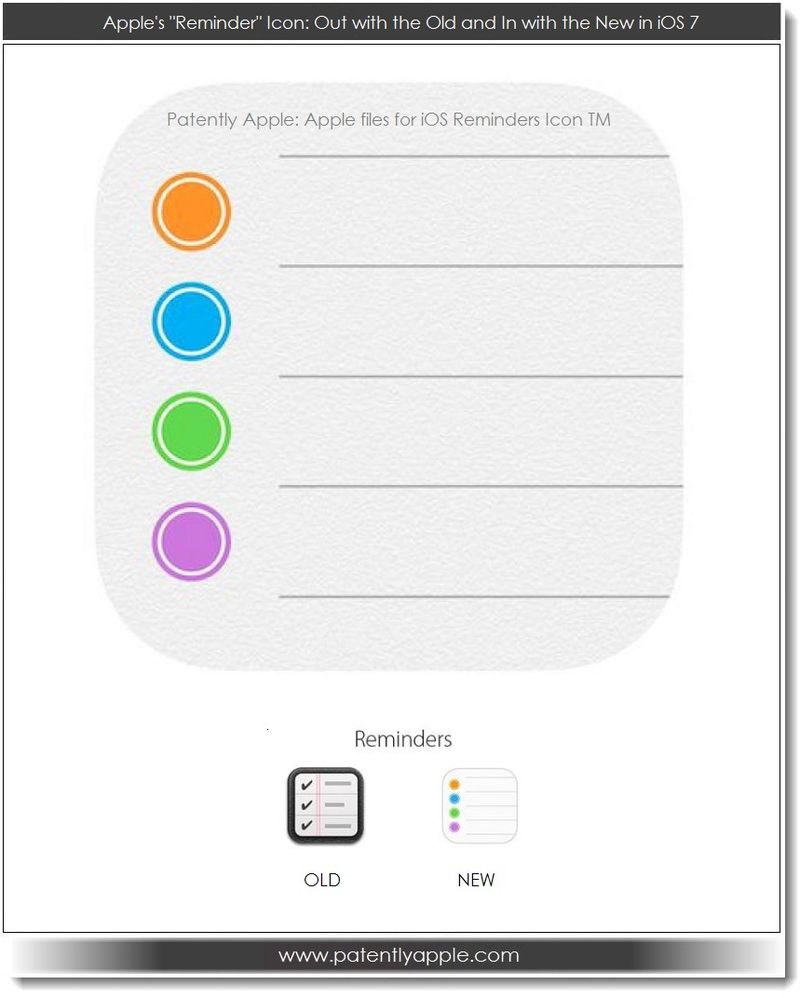