Remote Locator Systems is alleging that Apple is infringing patent 5.548,637. 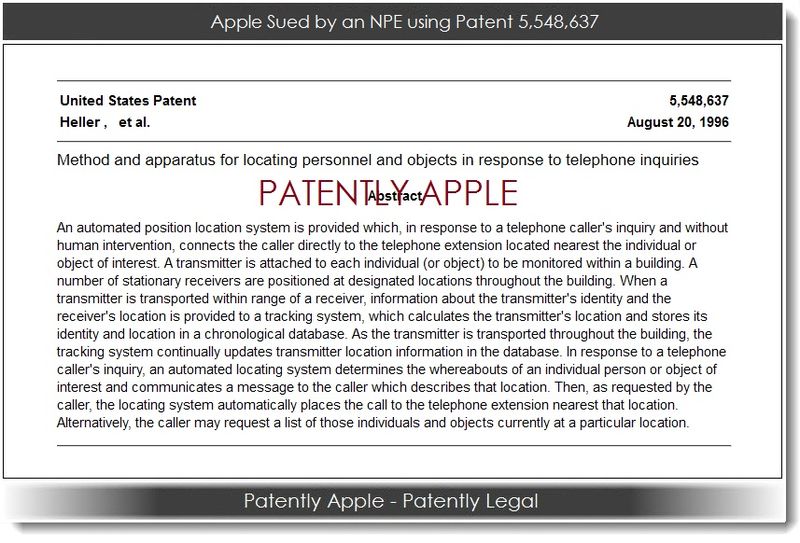 The patent infringement case presented in today's report was filed in the Texas Eastern District Court, Marshall Office in Harrison County. The Presiding Judge in this case is noted as being Judge Rodney Gilstrap.

A 2011 study showed that Patent Trolls (or NPE's) cost tech companies $29 Billion and a 2012 study made the case that patent trolling was out of control.

Looks like every mobile phone system violates this patent. After all, the cell phone towers are tracking people exactly using this method. So maybe this patent troll should go after all telcos and all mobile telephony equipment vendors. And they should also sue the NSA and the FBI, because they are using this method too...

I think it will be invalidated. The thing is too obvious just as IR sensor that was asserted by Motorola aganst Apple