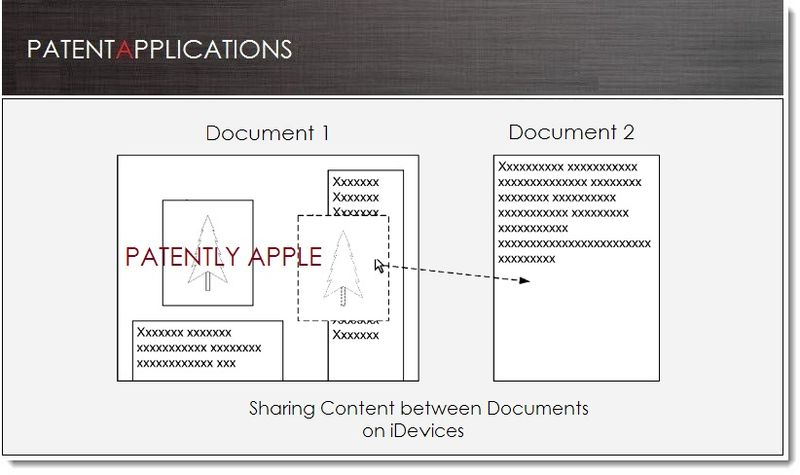 On August 15, 2013, the US Patent & Trademark Office published a patent application from Apple that reveals a new and easier way of sharing content objects such as a photo, highlighted text or an embedded video between documents, emails, tweets and more. It will also allow the user to send content to a blog or other social media easily. One of the more interesting aspects of this invention is that Apple will be adding new toolbars to assist users in editing their content before sharing it.

Apple states in their patent filing that the existing methods for sharing content objects are cumbersome and inefficient, often requiring several steps or resort to obscure menu commands, for example. This is tedious and creates a significant cognitive burden on a user. In addition, existing methods take longer than necessary, thereby wasting energy.

The new methods and interfaces are designed to reduce the cognitive burden on a user and produce a more efficient human-machine interface.

Apple states that documents accessed by a user may include any number of content objects, such as images, embedded video, and text highlighted by the user. The user may wish to share just the content object, rather than the whole document, with others. Existing methods typically require the user to open an interface for performing the sharing that takes multiple steps, which may not be evident to a user. The embodiments below describe an improved method for sharing content objects in a document.

Documents displayed in the examples below may respectively represent a word processing document, a web page, a spreadsheet, a presentation document, an electronic book, an email message, a text message, an instant message, or a text document, for example.

The documents include content object(s) that are displayed on an iPad display for illustrative purposes. Exemplary content objects include, without limitation, a digital image, an inline video, inline audio, text highlighted by a user, a graphic, or a file attachment. 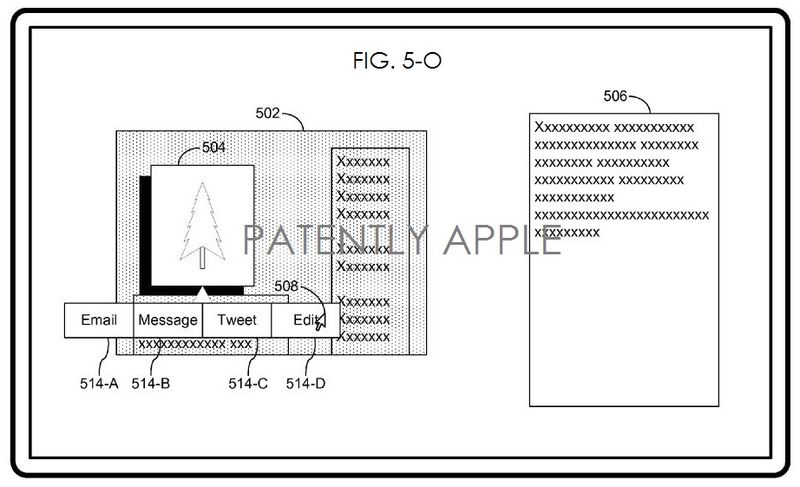 Apple describes a new toolbar that will assist in sharing documents such as email, MMS messages and tweet along with an editing option. Apple later states that there'll be other possible ways of sharing documents beyond those noted above such a posting a message or report to a social network service, a blog, or to a message board, to name just a few examples. 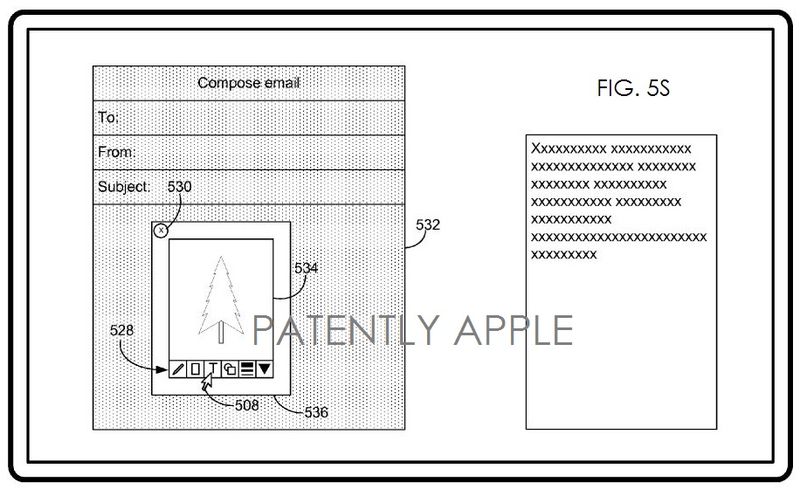 While Apple acknowledges that a stylus could be more accurate than using a finger for moving objects between documents, they note that Apple devices could translate the rough finger-based input into a precise pointer or cursor position.

Hi James, thanks for the question. Yes, four of the six engineers are listed as being from Paris France where Apple has an office and engineering team.

A lot of the names on this patent seem French. Does Apple have a design office there?