According to a new report this morning, Apple has started hiring engineers in Taiwan and has posted positions such as senior packaging engineer, a reliability engineering manager, a senior software instrumentation engineer and a senior AC-DC design. The most interesting job posting was for a sensing system hardware engineer.


The report notes that Apple is reportedly planning to establish an R&D team in Taiwan to develop products such as the iPhone and has already attracted the attention of many IT engineers in Taiwan. Some market watchers even speculate that Apple may also establish a maintenance center for after-sales services.

As Taiwan offers excellent R&D engineers and low labor costs, and Apple's cooperation with Taiwan's ODMs and component makers are expected to increase, the market watchers believe these may be some of the factors behind Apple's decision to establish an R&D team in Taiwan.

In addition to Foxconn and Pegatron, Apple is also reportedly considering forming partnerships with other Taiwan-based makers such as Wistron and Compal Communications to diversify risks and lower costs.

Apple has posted a similar position in California for an engineer to "develop and test innovative sensing systems used in Apple products as noted below. 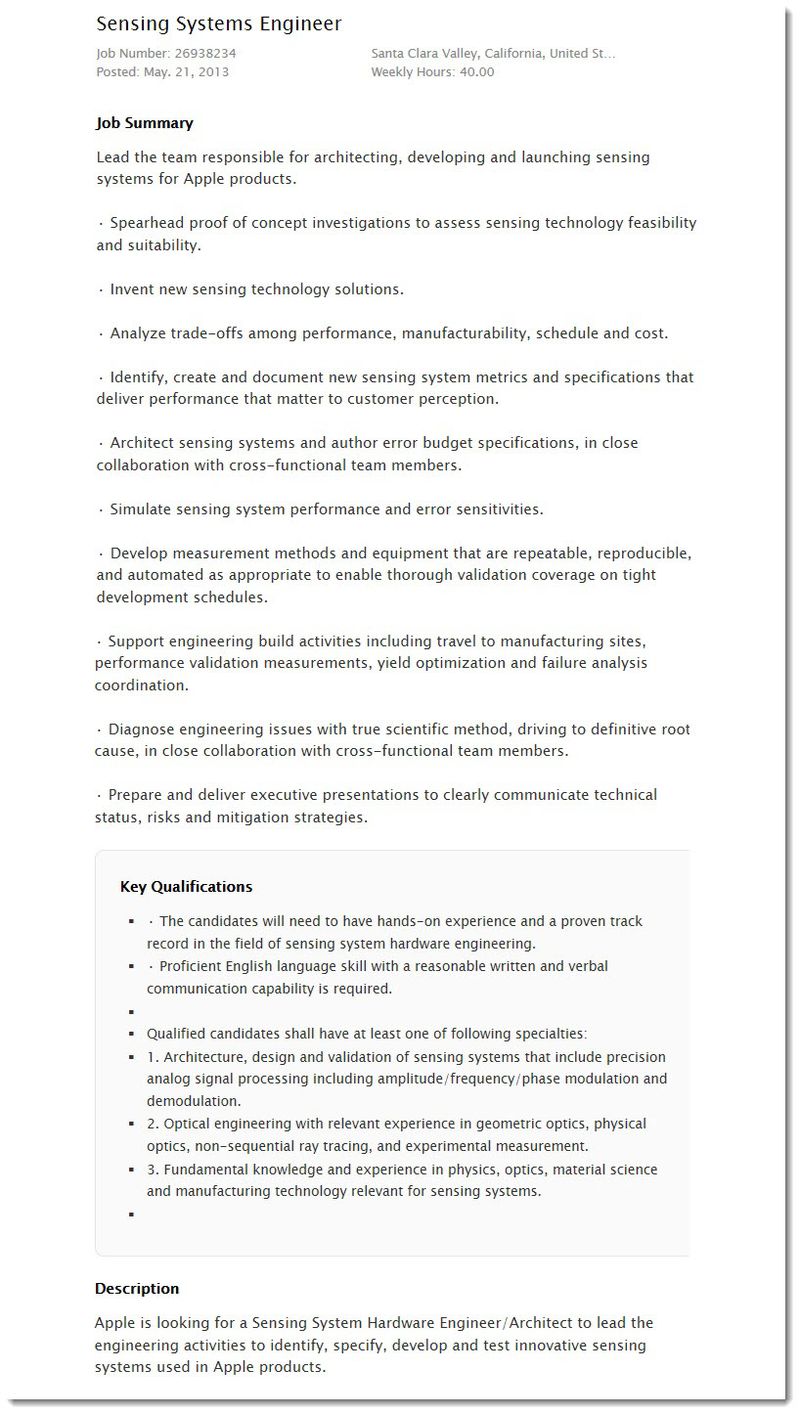