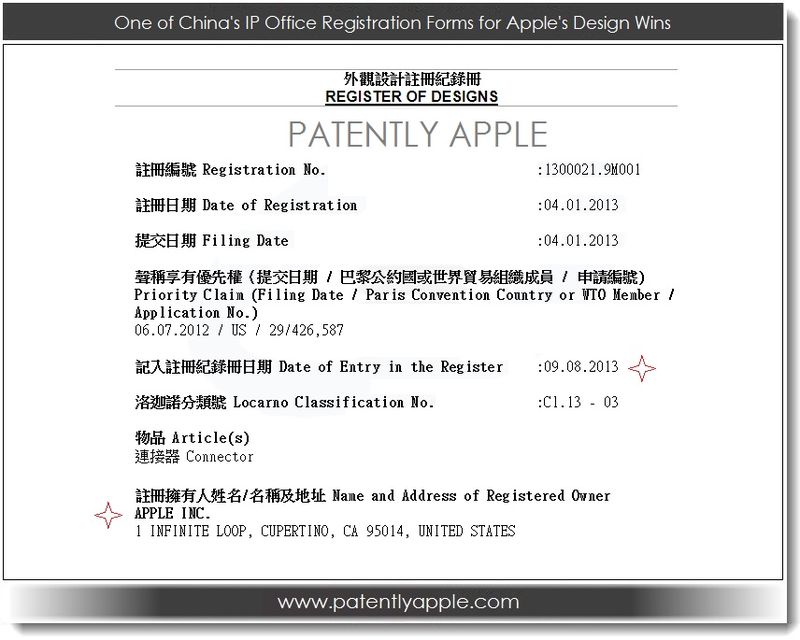 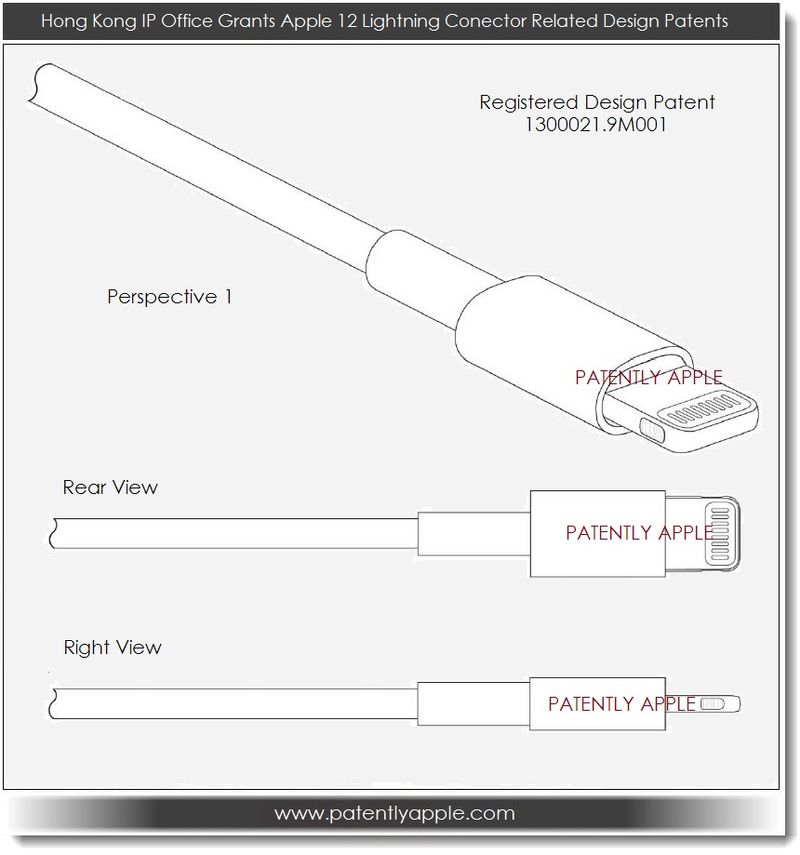 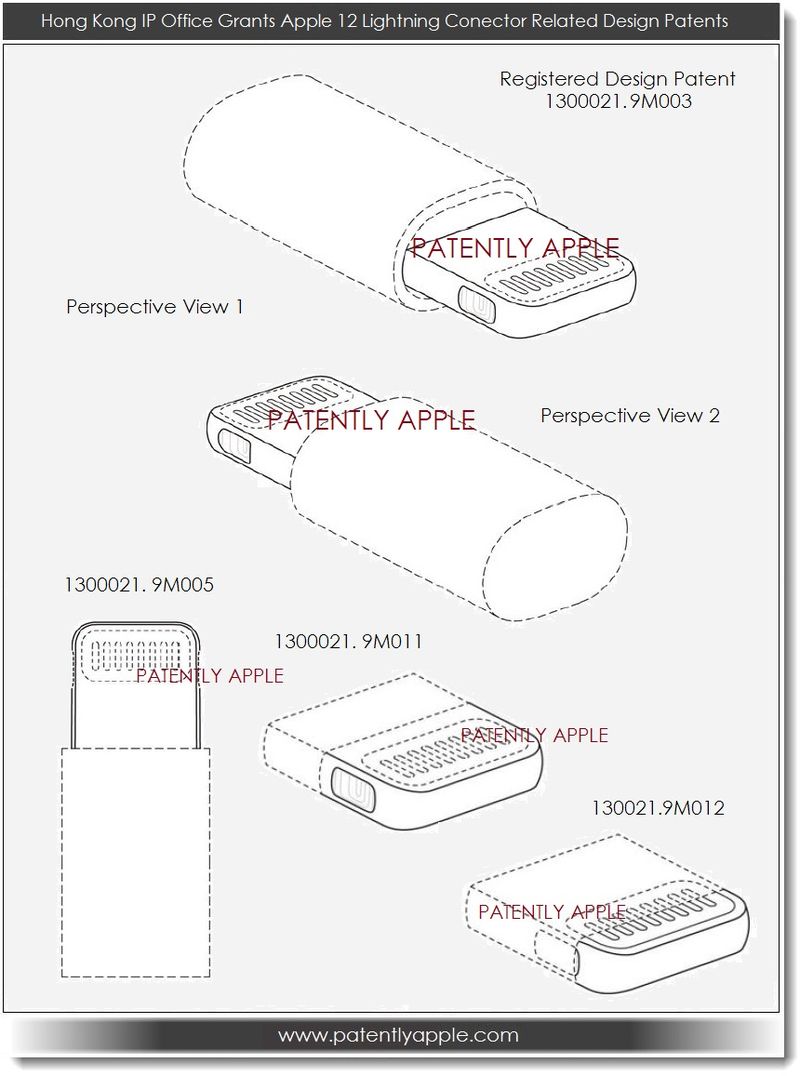 Why are there so many design patents for the same Lightning connector? As you'll note in the graphics that we've provided for you in this report, there are both solid and broken lines. Only the aspect of the design that is found within the solid lines is protected by the design patent. By doing this, Apple is ensuring that all aspects of their connector are protected which enables them to sue on any of the individual aspects of their design and not just the total design. 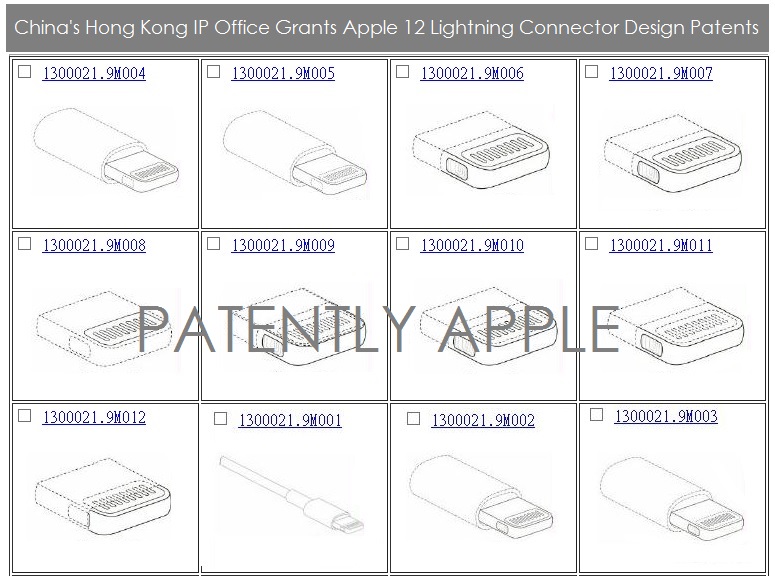