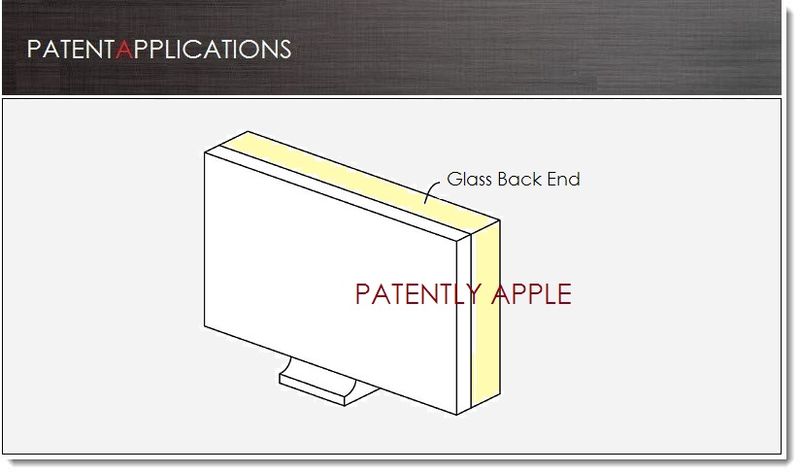 The European Patent Office published a new patent application from Apple late last week that describes a fused glass process for device housings. We're all familiar with the iPhone 4S having both its face and back housings constructed with glass. Apple's latest European patent filing, which lists Jony Ive as one of the inventors, illustrates the double sided glass construction design possibly extending through to the iPod, iPad, and various displays (iMac, Cinema) including a television encased in glass using a fused glass process.

Electronic devices such as cellular telephones, handheld computers, and portable music players often include housings with glass members. For example, a device with a display may have a glass cover that serves as a protective layer. In some devices, a rear housing surface may be formed from a layer of glass.

To ensure satisfactory robustness, it is generally desirable to form device housing structures such as cover glass layers and housing surfaces from structures that are sufficiently strong to prevent damage during accidental impact events. For example, it is generally desirable to form portable devices that are subject to drop events from structures that are able to withstand the forces involved in a typical drop event without incurring excessive damage.

However, the size and weight of a device should not be excessive. If care is not taken, modifications that are made to ensure that a device has glass structures that are sufficiently strong, will make the device heavy and bulky.

It would therefore be desirable to be able to provide improved glass structures for electronic devices.

Opaque masking material and colored glass may be used to create portions of the glass housing structures that hide internal device components from view.

Apple's current iPhone uses (or will use) a fused glass device housing which includes both a top and bottom glass construction. Apple's patent extends this double sided glass structure design to possible future Apple products such as the iPad, iPod, display (iMac, Cinema) or Television as noted in patent figures 1-4 below.

Apple's patent FIG. 23 shown below illustrates how internal electronic device components such as the display may be inserted into glass structures 20E and, if desired, may be covered with fused end cap 20F. The design could apply to both a display and television 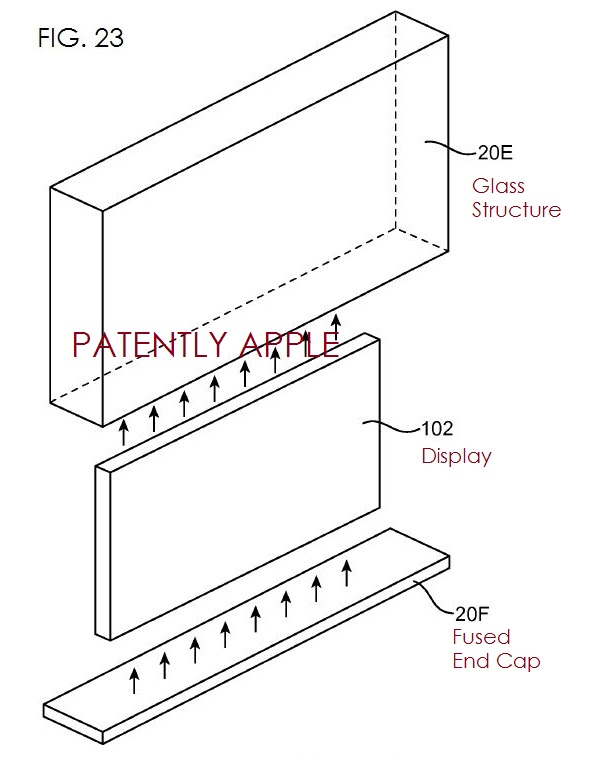 Apple credits Senior Vice President of Design Jony Ives and team members Peter Russell-Clark, Michael Polliod as the inventors of this patent application which was filed in Europe and published on August 01, 2013.