A New Fingerprint Sensor Patent from Apple Surfaces in Europe 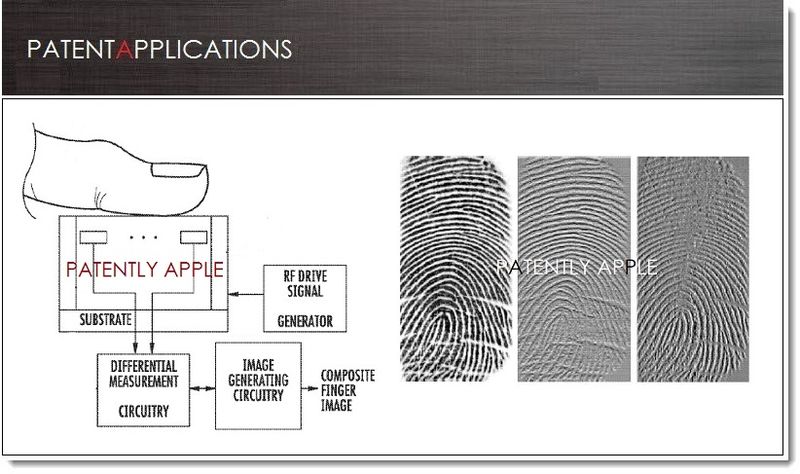 In July Patently Apple posted a report revealing one of the patent applications that Apple gained in their acquisition of AuthenTec. Today, Patently Apple reveals a second patent application that Apple gained in their acquisition that was filed in Europe. There were a few interesting findings in this patent. One of them reveals that Apple's future fingerprint scanner has a security feature built-in that will be able to sense "live tissue" so as to reduce spoofing.

Apple's invention discloses an integrated circuit fingerprint sensor including an array of RF sensing electrodes to provide an accurate image of the fingerprint friction ridges and valleys. More particularly, the RF sensing permits imaging of live tissue just below the surface of the skin to reduce spoofing.

Fingerprint Sensing Device underneath the Housing of a Host Device 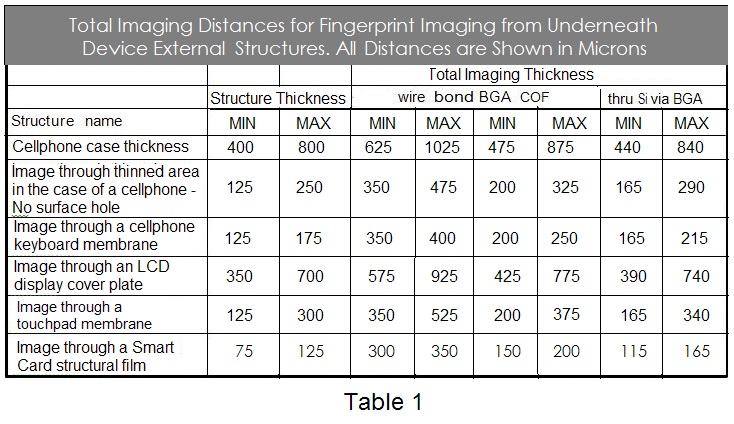 Apple's Patent FIG. 1 is a schematic block diagram of a finger sensing device. 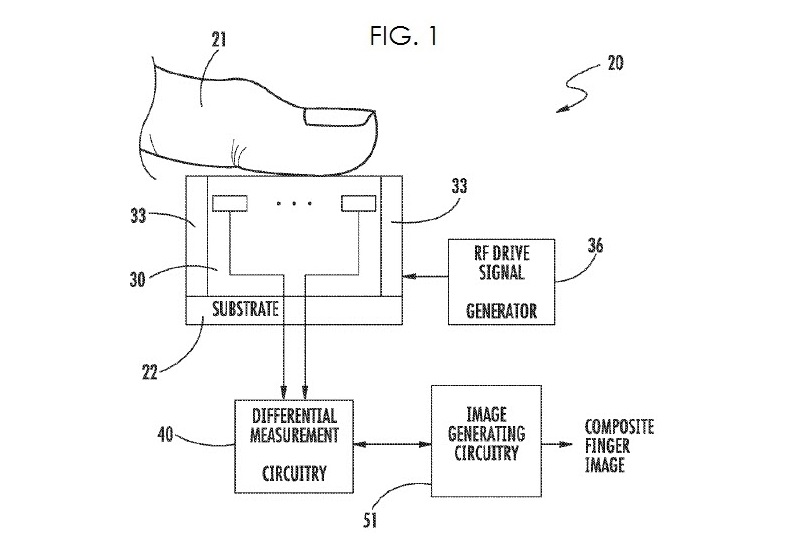 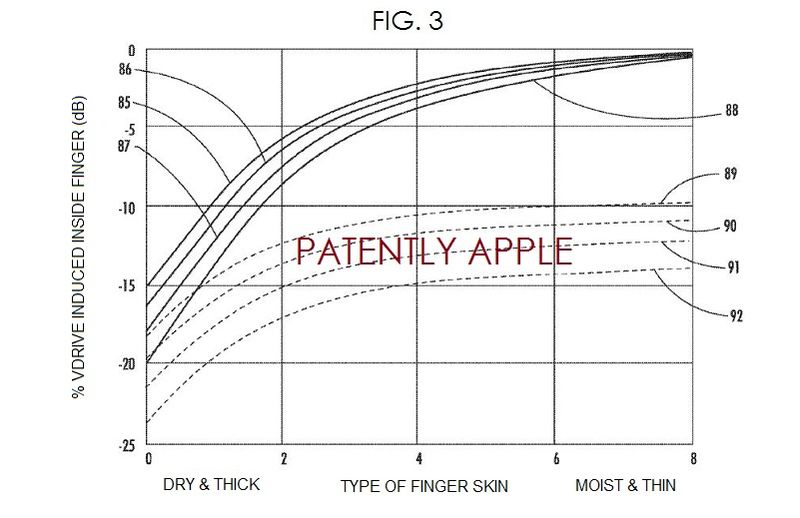 Apple's Patent FIG. 4 is a graph of electric field intensity in a 2-dimensional plane. 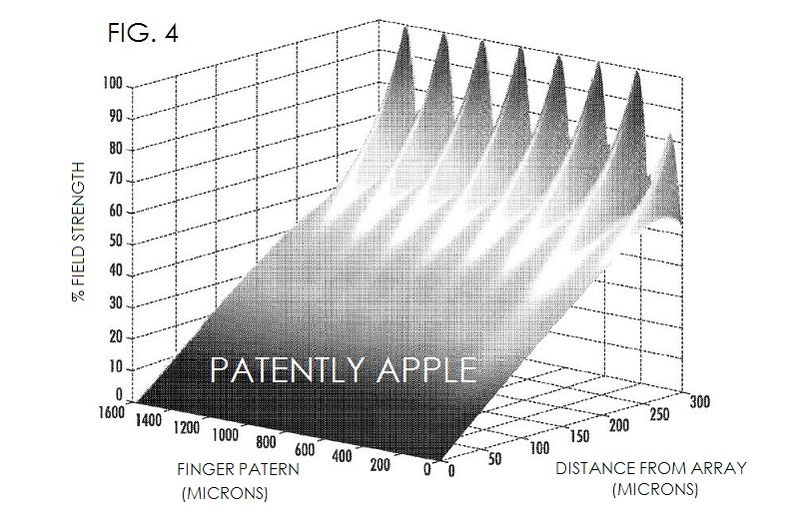 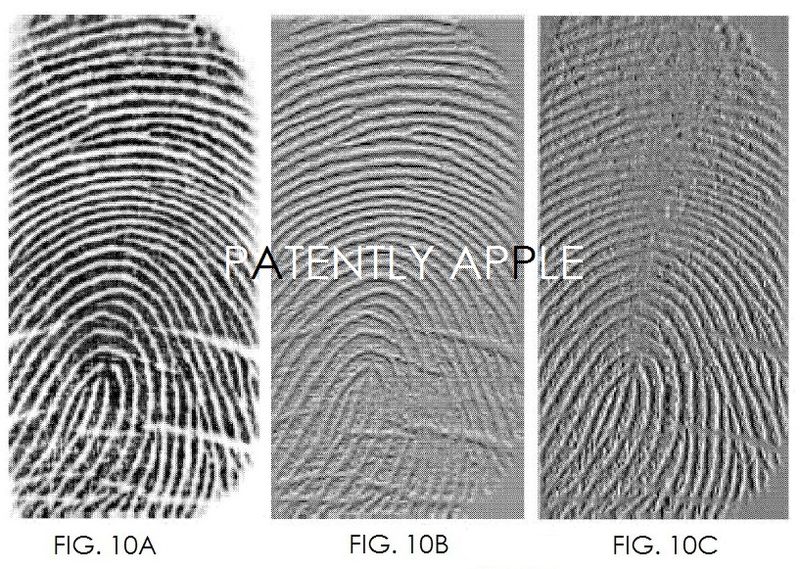 Apple's patent FIG. 12 is a schematic circuit diagram of a portion of a finger sensing device of FIG. 15 noted above. 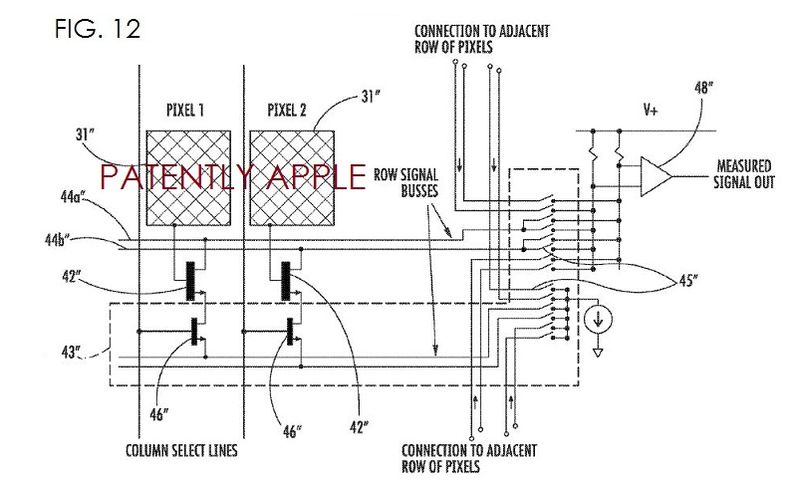 Apple's patent FIGS. 13A/B/D/F are schematic illustrations of a possible scan pattern for an array of finger sensing pixels of a finger sensing device. 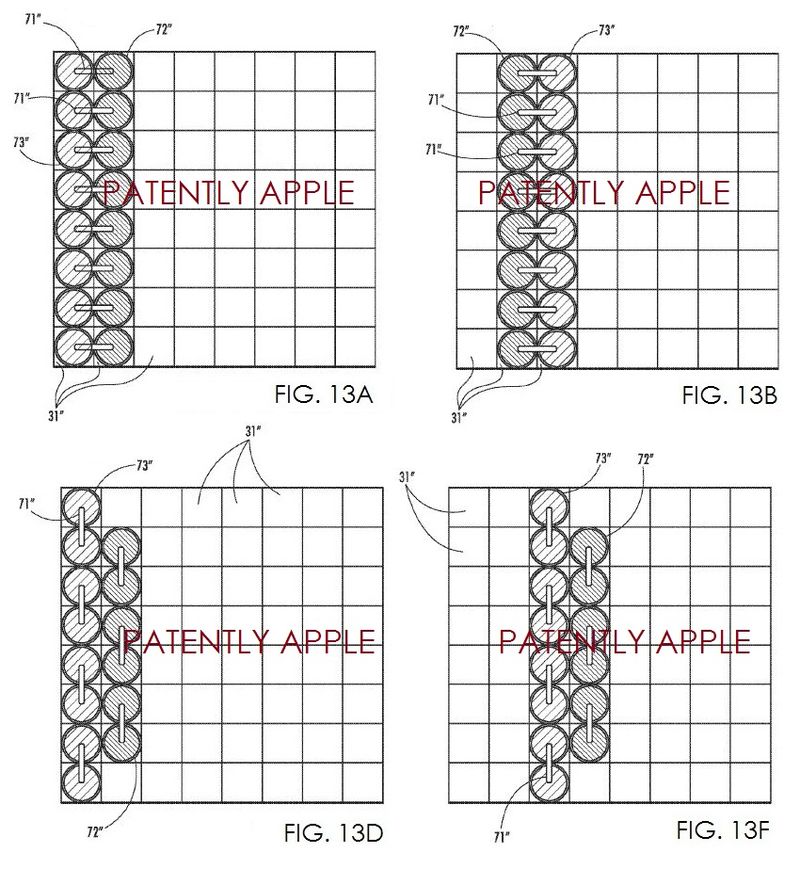 Apple's patent FIGS. 14a and 14b are greatly enlarged fingerprint images including ridge orientation vectors extracted from vertical and horizontal pixel differences, respectively. 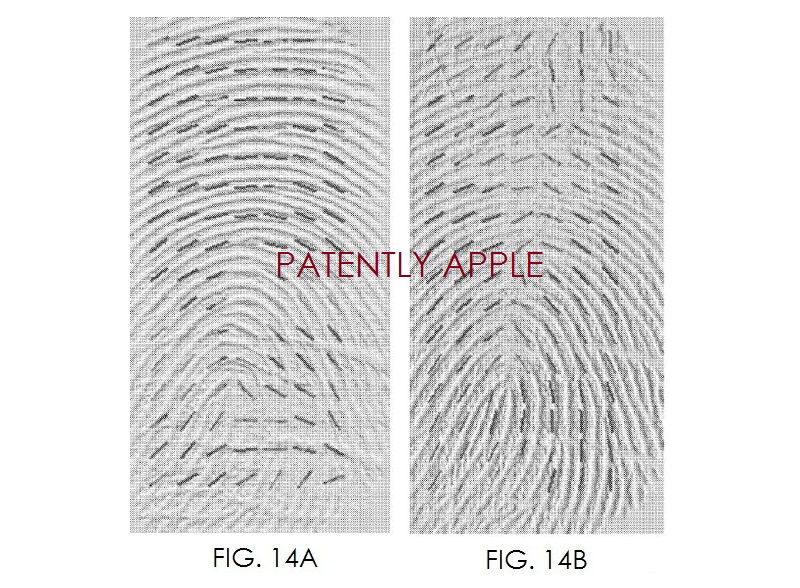 Apple's interest in fingerprint scanners for the iPhone and Mac first surfaced in a 2009 patent application. Apple's project was later advanced in 2012 illustrating that a fingerprint scanner could be combined with face or eye recognition (or Retina recognition) to enhance security needs.

Then in May of this year, Apple revealed yet another patent filing describing a fingerprint scanner that could be concealed beneath a touchscreen and only surface when needed in a particular application.

Update Aug 17, 2013 - 11:30 AM PST: We've just added a new Patently Apple Category Archive in our right side bar for "Biometrics." Discover even more patents that included biometrics over the years.