Samsung, the Psychopathic Copycat, is in Apple's Face Again 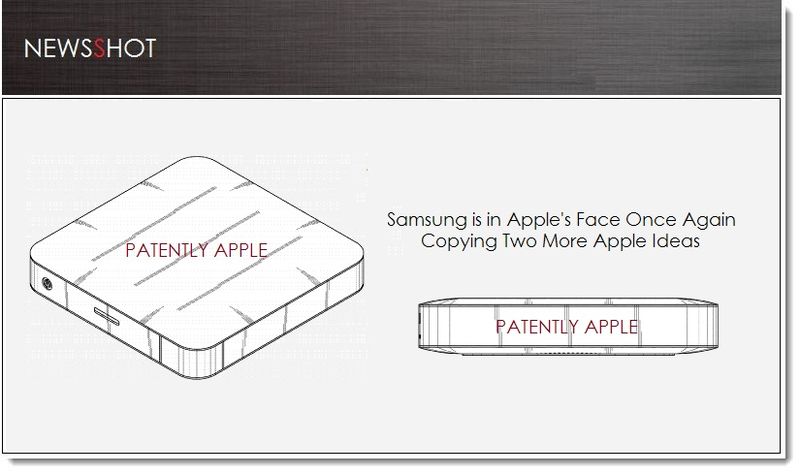 Apple was granted a patent for a media centric Spiral UI for iTunes and beyond back in October 2012. Apple has several other patent pending designs on this future user interface that some have reported could be used for a future wearable's computer from Apple. Apple also just received a design patent for the Mac mini just two weeks ago as well as back in 2011 in addition to winning a patent for technical aspects of the Mac mini. But intellectual property means little to a psychopathic copycat designers like Samsung who are rewarded by the slow paced legal system in copying whatever it can before any punishment ever reaches them. Today, the US Patent Office granted Samsung two designs patents that mirror Apple's very own patented Mac mini and Spiral user interface. 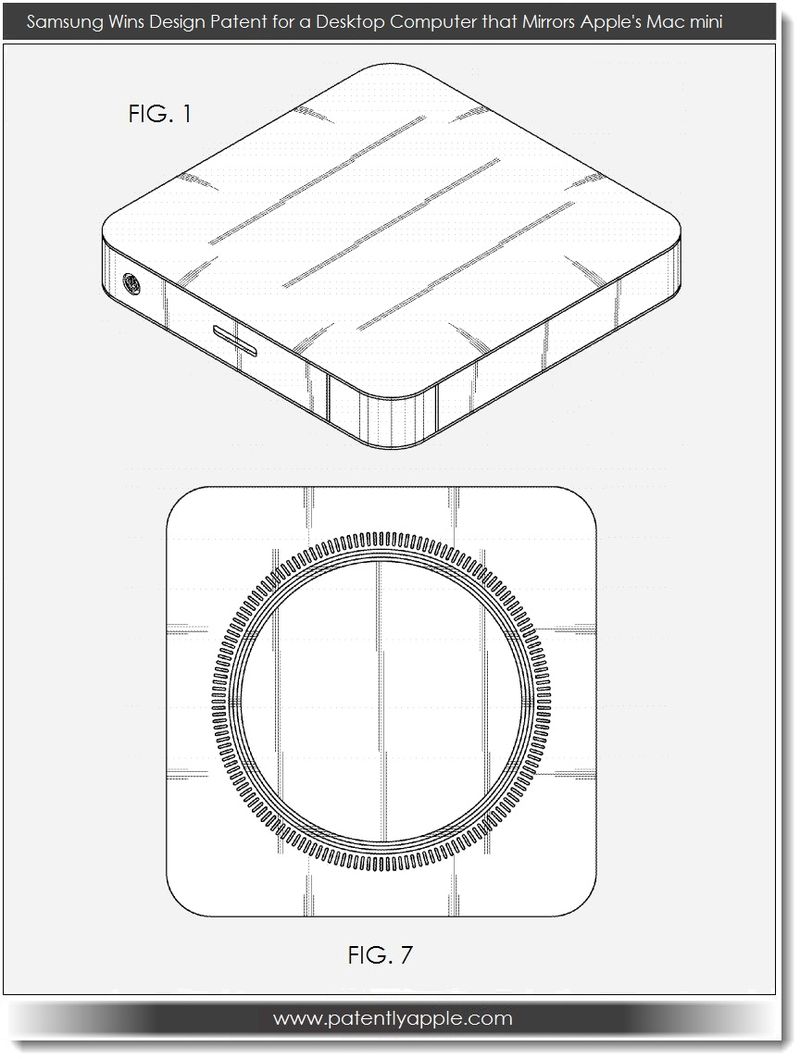 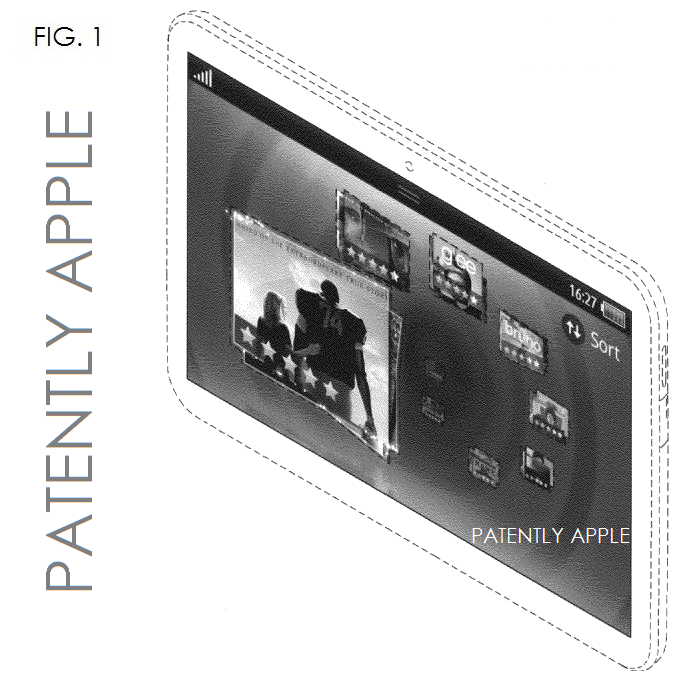 As you could see in Samsung's patent figures 1 and 2, the solid graphic representing the UI is what the US Patent and Trademark Office granted them a patent for today under number D686,219. The broken lines that appear in any design-patent figure like the one above, doesn't' count as being an official part of the granted design.

In this case, the broken lined areas are only there to show you that this new interface will fit a tablet-like mobile device. 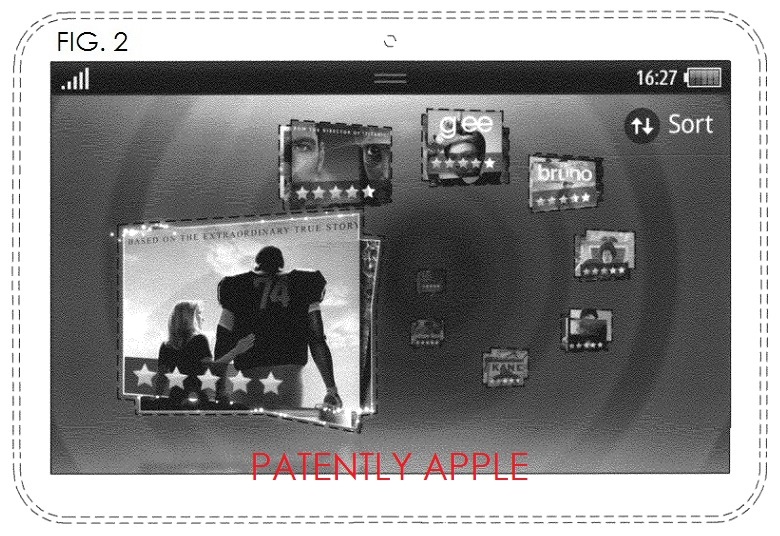 Other Apple patents on the "Spiral" UI design could be reviewed here: Apple provides us with a Peek at Spirals, a new iTunes UI Feature; Apple simplifies their Spiral Interface for iTunes; and Apple's Forthcoming Spiral's Interface to Replace Cover Flow

At the end of the day, Samsung is in Apple's face once again and sadly Apple is unlikely to challenge Samsung on either count. All we can do is bang the drum loudly and point out the infractions of Samsung copycatting Apple designs once again.

We pointed out in June that even though the mainstream press thinks that Samsung is an innovator, Samsung sees themselves as Fast-Followers. In the case of the Spiral UI, Samsung is simply following Apple's patented idea. They're simply trying to highjack the idea and get it to market first so that they "look like innovators." Now how pathetic is that?

You must know that south korea will be changed. there will be new good companies. and LG is better than samsung.

they killed so many young people in the company. they all died of cancer. even they did death threat to victim parents. do you think the society in south korea is sane? they are all insane. Now all the koreans say "even if samsung company fails, south korea won't fail. samsung company must fail. they are too corrupted. government is corrupted as hell. they wasted all the tax and money and ruined the nature all over south korea for 10 years. we earned nothing and lost all things."

This is pathetic. How do they sleep at night? Despite all this evidence, people choose to forget and think Samsung created the computing revolution.

Never seen such a shameless company!