LG Will Try to Steal Apple's Thunder on Fingerprint Scanning

Even though Samsung is supposedly the number one smartphone company in the world, both Korean smartphone companies and their media have often sounded obsessed about beating Apple. To make a point, LG is holding an Apple-like special product event in New York in August just so as to be ahead of Apple's next iPhone announcements in September. They want to introduce their new smartphone earlier than usual just so they can say that they've beaten Apple to market with a fingerprint scanner.


Photos of the upcoming LG Optimus G2, which features a fingerprint recognition solution, have recently circulated on the Internet (@evleaks). Some believe that LG Electronics intentionally leaked the photos to build momentum for their product.

The new LG G2 smartphone is reportedly to introduce a fingerprint scanner as their new "Wow" feature. The Korean press thinks that Apple will be "unnerved" as this is a feature that Apple has put "a high premium on" for new iPhone models in the second half of the year. The report is referring to Apple's patent pending fingerprint scanning technology covered in a series of recent patent filings (one, two and three); a technology that Apple may or may not introduce this year.

The Korean report further stated that LG Electronics has stolen Apple's thunder as a built-in fingerprint scanner won't be a fresh concept by the time the iPhone rolls around.

But like many empty headed Korean reports, they don't have a clue as to what applications will accompany this new LG fingerprint scanner. Just having a fingerprint scanner on a smartphone in and of itself will be meaningless to consumers if there isn't a vital app to justify its presence. Otherwise consumers will simply be "creeped-out" by this new feature in light of recent PRISM revelations.

And finally, the Korean report shows their true Apple envy. "LG Electronics' marketing tactics for the Optimus G2 bear resemblances to Apple's previous strategy. While strictly keeping things under wraps, Apple took full advantage of media in promoting its new product. Apple's rivals sank hefty amounts of money into advertising, but all the media attention was paid to Apple, which spent not a single penny on marketing." Oh, the level of Apple envy is just too much to bear!

Here's to hoping that the LG event won't be as painful to watch as Samsung's last two events that still have my head shaking. The presenters read from cue cards every 6 seconds, many presenters painfully spoke broken English adn they decided to show women off as ditsy housewives of the 1950's. It was like the screeching sound of fingernails scratching on a chalkboard. Guys, if you're going to copy the great Steve Jobs, could you at least put a little effort into it (said laughingly)! 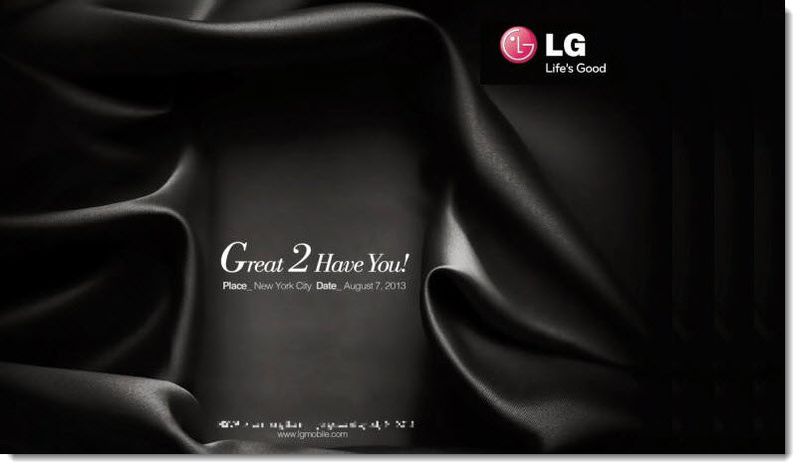 It will be interesting to see what they will actually do with the scanner, make it only as a security device for the phone or to actually take and store fingerprints.

Nothing makes me laugh more than these boneheads in the media (particularly the Apple-envied Korean media) that think technology in and of itself is the breakthrough. Having a miniature fingerprint scanner isn't a breakthrough, how long has Authentec been making them? Its nothing new.

Its what you DO with technology, how its applied to create a PRODUCT, where the magic happens. Why some people have such a hard time understanding the difference between a technology and a product, I have no idea. Technology doesn't shape itself into a product. And technology is meaningless without application.

I can just imagine a meeting with Samsung/LG execs who deliberately schedule media events weeks ahead of rumored Apple launches. "YES guys, we really got them now, everyone will think WE were first." Then Apple launches something weeks later that puts the phoneys to shame and makes their efforts look juvenile in comparison. Phoniness can only get you so far.

NFC... actually had high hopes for this (unlike qr codes). The scanner will probably go on the back, line on the article photo. It will look bad.

The photos indicate the backside.

I think LG's Fingerprint recognition will be just like NFC, it is in phones for years now, but there is almost none use of it.
But I also wonder where they will put that sensor and how well it works.