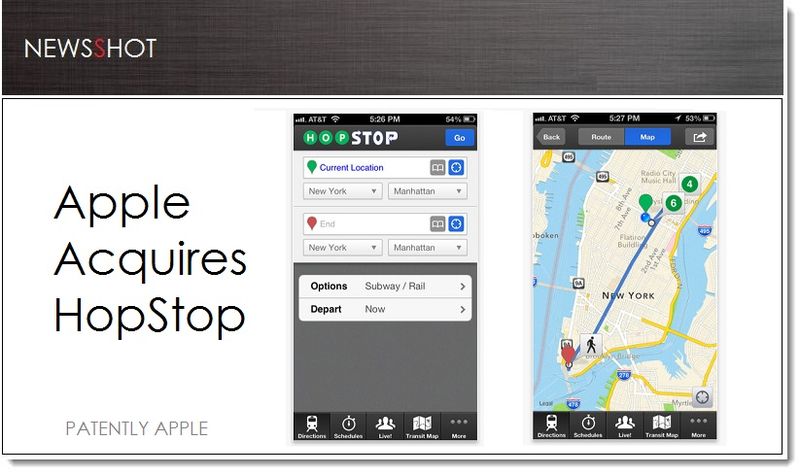 News that Apple acquired their second location based application company in the last 24 hours came in late last night. Apple has acquired New York based HopStop which is the number one ranked transit app in iTunes and Google Play with over three million downloads to date. In April HopStop launched HopStop Live! – the only free, real-time social transit app backed by the power of millions of highly-engaged mobile users across seven countries, 700 transit agencies, 20,000 lines and 750,000 stops. "HopStop Live!" is the first social navigation platform that allows public transportation riders to contribute, receive and share real-time transit information about the stations, lines and transit systems that matter most to them. The new service launched exclusively on the iPhone platform first and later added Android. 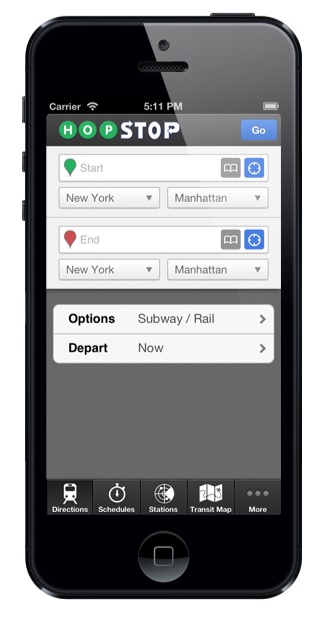 HopStop's environmentally-friendly service is currently available in over 500 cities across 140+ major metropolitan markets throughout seven countries including the U.S., Australia, Canada, England, France, New Zealand and Russia. In addition to point-to-point walking and transit directions and real-time transit information, HopStop also offers transit schedules and transit maps (and the locations of nearby subway stations and bus stops).

Their app also offers a feature for estimating travel time and cost for a taxi and even provides information for wheelchair and stroller friendly accessible routes.

More information about the app could be found at the App Store and on their website. Terms of the acquisitions weren't disclosed. 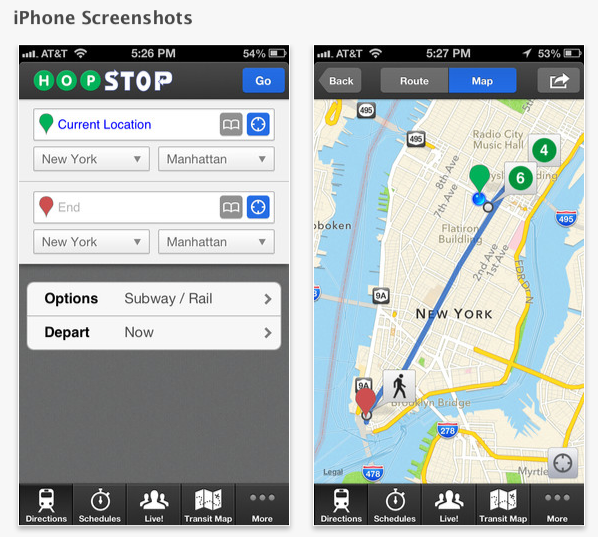 The news of the acquisition was first reported on by Bloomberg.