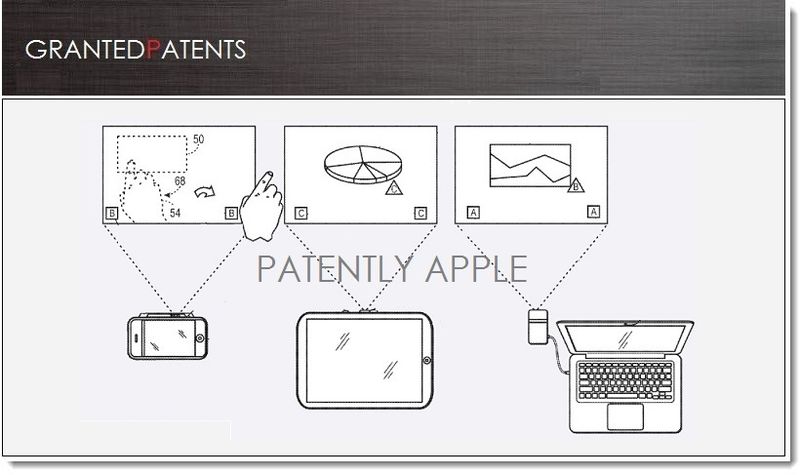 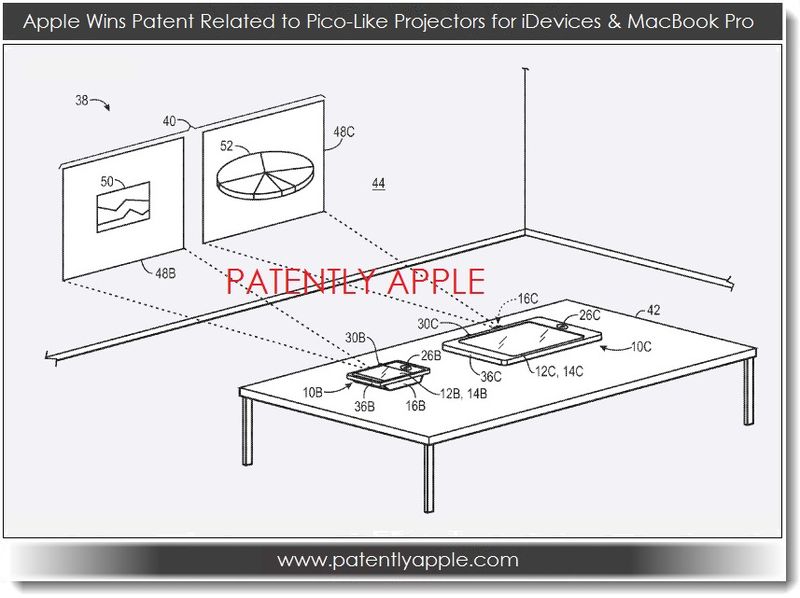 Apple's newly granted patent reveals an overview plan for integrating mini or pico-like projectors into future iOS devices while introducing a likely projector accessory for MacBooks. Apple has been working on this idea for some years now. In June 2009 Apple first hinted that they would one day integrate a projector system into iOS devices. In March 2010 Apple's broad patent application came to light concerning networked projection systems and later in April 2010 we learned that Apple's research teams had begun working on integrating a projector into a MacBook.

Today's incredibly detailed granted patent reveals how they're working on pico-like projectors for iOS devices and how these projectors will work with a shared workspace in presentations. Apple's patent even details how they'll introduce advanced gesturing that will be able to interpret shadow and silhouette gesturing associated with presentations in a darkened environment. The level of detail associated with this patent would suggest that Apple's development teams are moving full steam ahead on the projection system project which will further push Apple's iPad further into the enterprise.

Apple credits Anthony Fai as the sole inventor of this granted patent which was originally filed in Q1 2010 and published today by the US Patent and Trademark Office. To review more of the particulars of this patent and additional patent figures, see our original August 2011 report covering this patent.