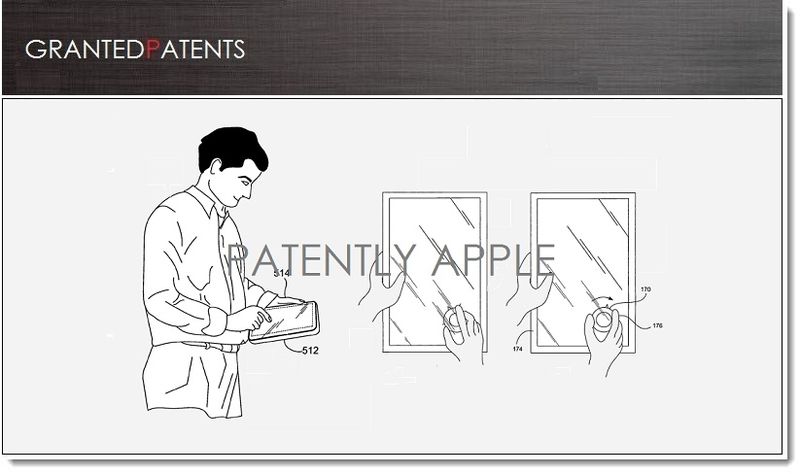 The US Patent and Trademark Office officially published a series of 29 newly granted patents for Apple Inc. today. In our summary report we cover a series of patents which include multitouch, 3D gaming, the first Lightning related patent and a cooling system for the iPhone but to name a few. And to close out our report we also cover two design patent wins for Apple and a full list of the remaining patents issued to Apple today. Maybe it's just me, but I thought that the quality of Apple's patent wins today were excellent.

Although the patent covers working with many types of 3D applications on iDevices, one of the main applications relate to video gaming. The gaming module may be used to play online games including multiplayer. A gaming icon is noted and highlighted in patent FIG. 4A below corresponding to FIG. 5A. Patently Apple first covered this patent back in January 2010 and you could review it for more patent figures and detail. 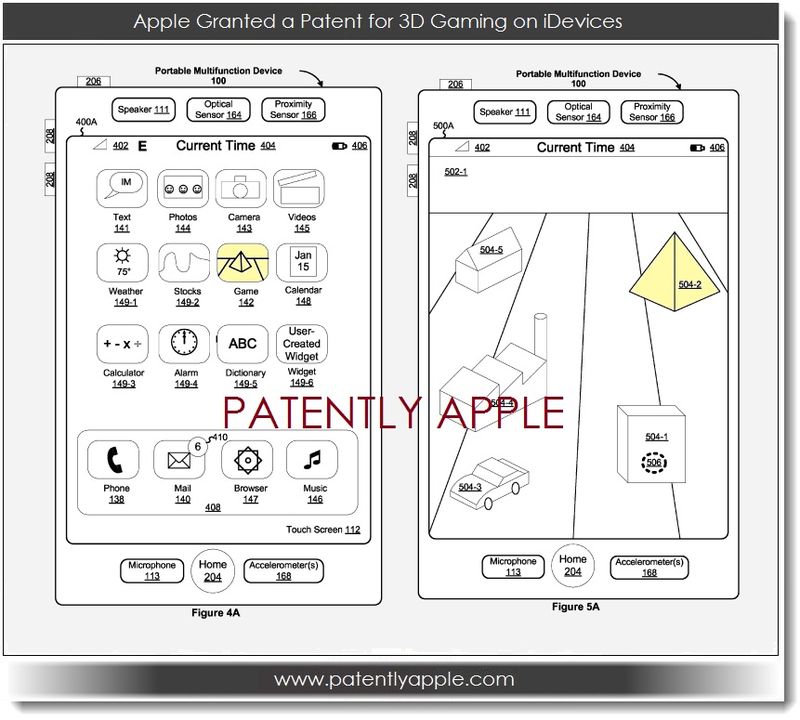 Apple credits Fabrice Robinet, Thomas Goossens and Alexandre Moha as the inventors granted patent 8,477,139 which was originally filed in Q3 2008 and published today by the US Patent and Trademark Office. Click here to review Apple's 60 patent claims.

Apple has been granted one of their first patents relating to the new Lightning Connector in relation to an adapter. 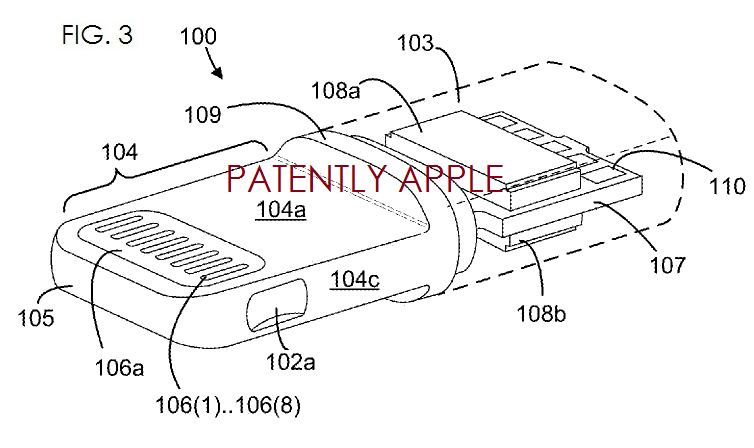 Apple's patent FIG. 3 illustrates a Lightning plug connector that is included in an adapter.

Apple credits Jeffrey Terlizzi, Daniel Fritchman, Scott Krueger, Terry Tikalsky, Debra Sillman and Tony Ng as the inventors of granted patent 8,478,913 which was originally filed in Q and published today by the US Patent and Trademark Office. To review today's 20 granted patent claims and details, see this patent.

Apple's patent FIG. 4 is a side elevation view of the cooling system for an iPhone, iPad, future gaming system, iPod touch and beyond.

Apple credits X as the inventors of this granted patent which was originally filed in Q2 2011 and published today by the US Patent and Trademark Office. To review today's granted patent claims and details, see US Number 8,477,490. In respect to cooling systems, also see our recent report titled "Apple, NEC, HTC in Race for Next Generation Cooling Systems for Smartphones and beyond."

On Apple's iPhone 5 promo-page that have a section about the device's camera: Take even better photos: The 8MP iSight camera on iPhone 5 has improved HDR capabilities for better color and tone and reduced motion blur. Even in low-light situations, the iSight camera catches beautifully detailed shots.

In one of our reports in 2010 we were first to cover Apple's initial smart bezel patent and then a year later, Apple's follow-up patent blew us away. Those were home grown patents. Today, the US Patent Office published another smart bezel patent, but this time around we find that it's really just one of many patents that Apple acquired from Kodak. Apple was granted this Kodak patent under number 8,477,114. The difference to this patent is that it could relate to a touch bezel in context with a future camera embodiment. For more information, see Apple's patent for more details. 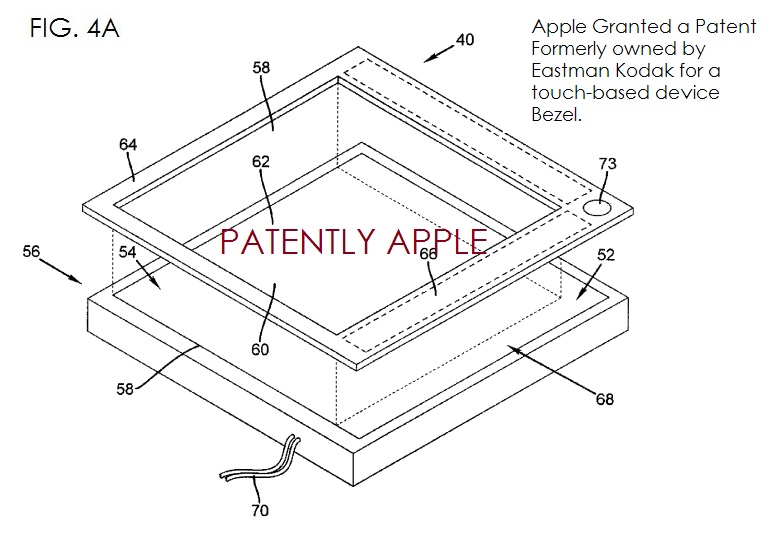 Apple has been granted a patent that generally relates to gesturing associated with touch sensitive devices. Apple's 2004 patent predates the iPhone and all touch related iDevices. The patent covers such things as floating menus, virtual knobs, the act of page turning for iBooks, virtual keyboards, virtual scroll wheels and more. 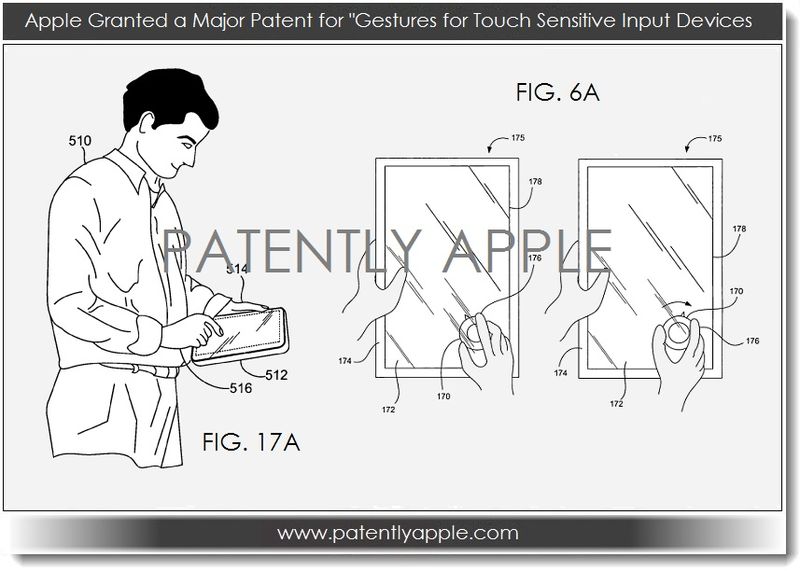 Apple has been granted two design patents today covering the removal bottom panel of the Mac mini and a new retail store related "sign." Design patents don't provide detail, so we're unable to describe the "sign." Is it for the Apple Store or an In-Store display? It appears from the illustration that it's a glass enclosure. 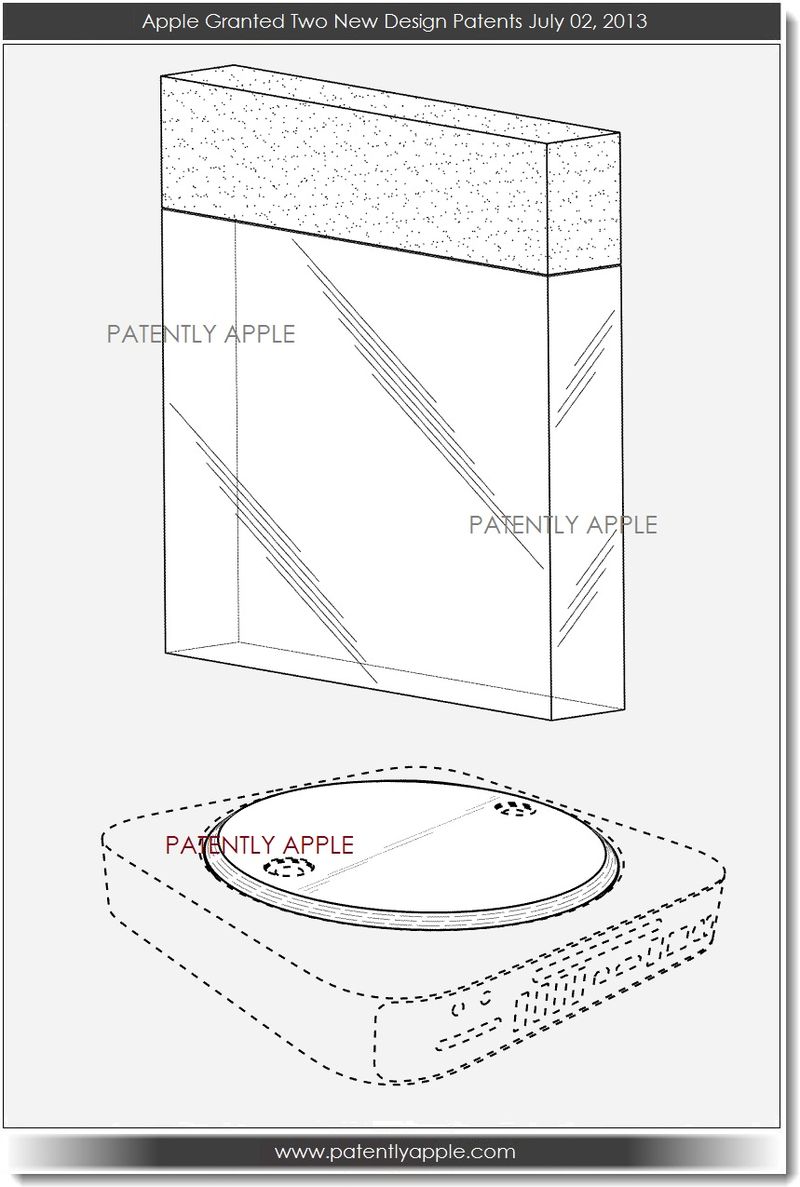 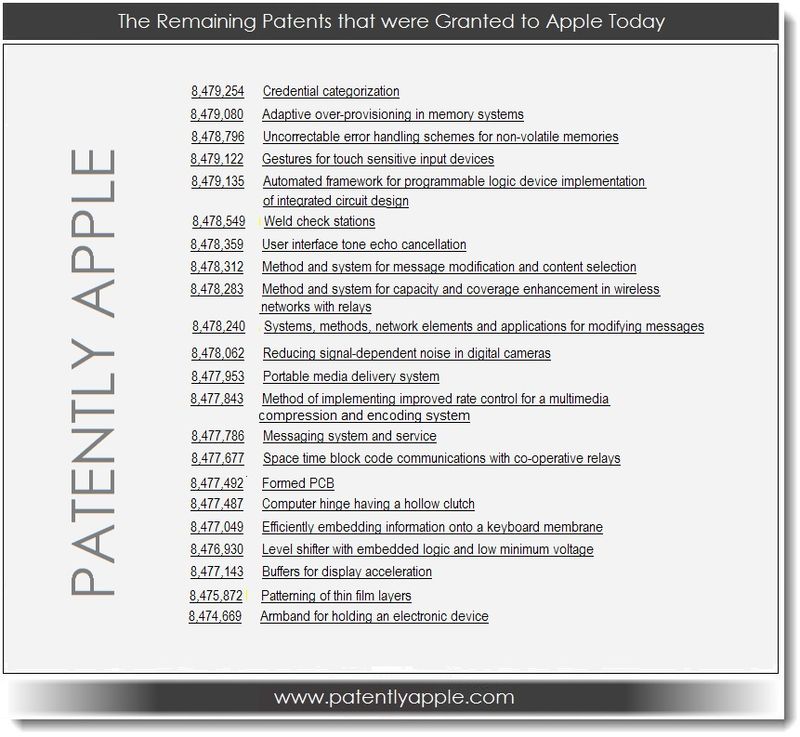