Apple's iOS Market Share Gaining on Android in US

While the Smartphone sales market has remained relatively stable to date this year as compared to last, new data shows increases in market share year-over-year for iOS at 2.3%, Windows at 1.8% and Android at a slower 1.4%. 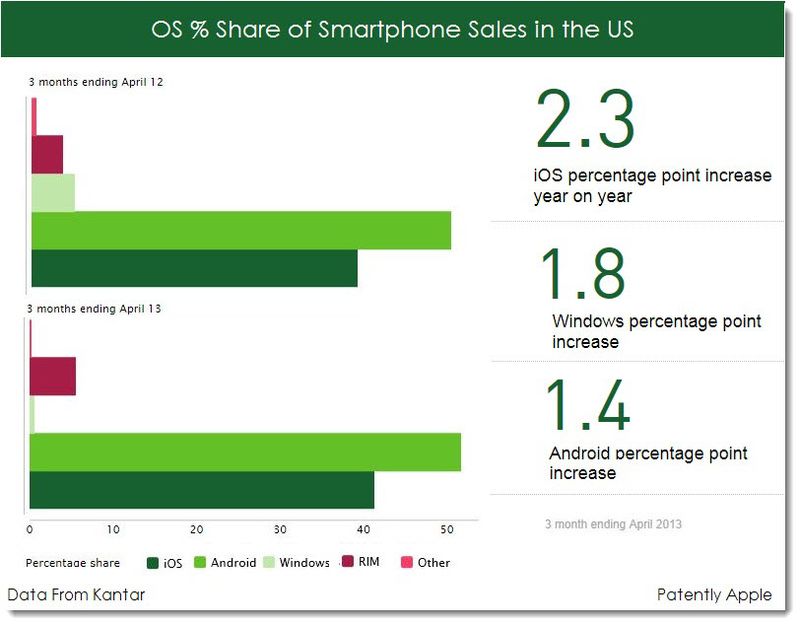 According to Kantar, one of the world's largest insight, information and consultancy networks, through the 3 month period ending April 2013, Android now owns 51.7% of the smartphone sales market. Apple's iOS remains in second place with 41.4% of smartphone sales.

However, stats for Q4 2012 showed Apple as the clear leader in smartphone profits with 72% over Samsung's 29%. Market share leadership in a category without profit leadership is a joke. 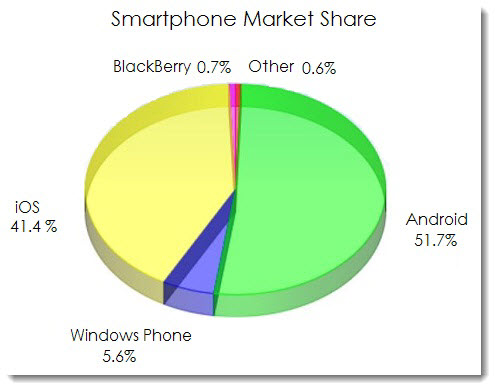