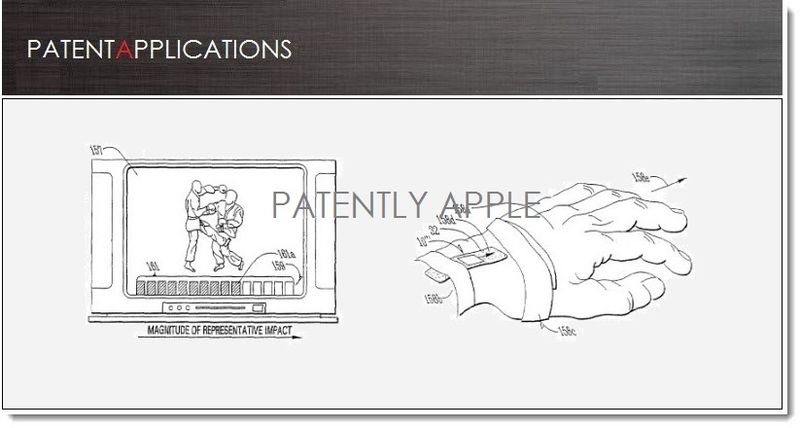 
Patently Apple first covered this ground breaking patent in our June 2009 report titled "Apple TV to Take Sporting Events to a Whole New Level." Then in December of that year we reported on Apple being granted a patent for a patent that was related to the original patent. Then in March 2010 we covered Apple's patent in a report titled "Body Area Networks: Apple, Sensor Strips & the iPhone." Everything you want to know about Apple's current patent application could be found in the three reports noted above.

Apple's latest patent application on this matter is a continuation patent that covers the same base text throughout the filing. What has changed is simply an update to the invention's patent claims to further protect this invention which Apple had originally acquired from Curtis Vock of PhatRat.

Today's continuation patent adds a method in patent claim number 38: "The method of claim 31, wherein providing an output further comprises providing at least one of: a visual output; an auditory output; and a tactile output.

This particular Apple patent holds a lot of potential in the fields of wearable computers, medical applications, sporting applications and being able to advance Apple TV.