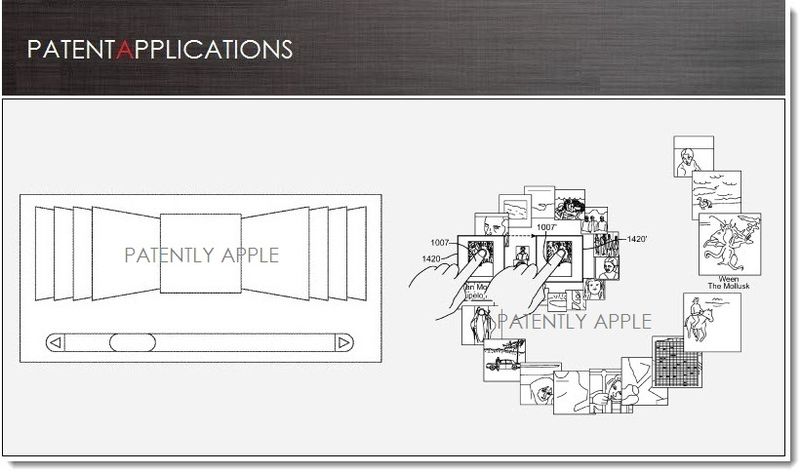 On June 13, 2013, the US Patent & Trademark Office published a patent application from Apple that simplifies one of their inventions relating to a possible new spirals centric interface or element for a future version of iTunes.


Apple has revisited their spirals interface invention and simplified or narrowed its patent claims from thirty-six down to just a single claim as follows:

Patently Apple first covered this patent in September 2010 under a report titled "Apple provides us with a Peek at Spirals, a new iTunes UI Feature," again in December 2010 under the title "Apple's Forthcoming Spiral's Interface to Replace Cover Flow," and finally in October 2012 under the title "Apple Wins Patents for Multi-Touch & Spirals UI for iTunes." With this much activity going on with their spiral invention of late, you have to wonder if some form of this is being considered for a future version of Apple's iTunes, replacing their current Cover Flow design. Apple's current patent application could be found under number 20130151966, originally filed in October 2012.

Although the design is generally covering the spiral design for any touch screen based device, the fact is that the patent also covers a "desktop" computer which is currently Apple's iMac. 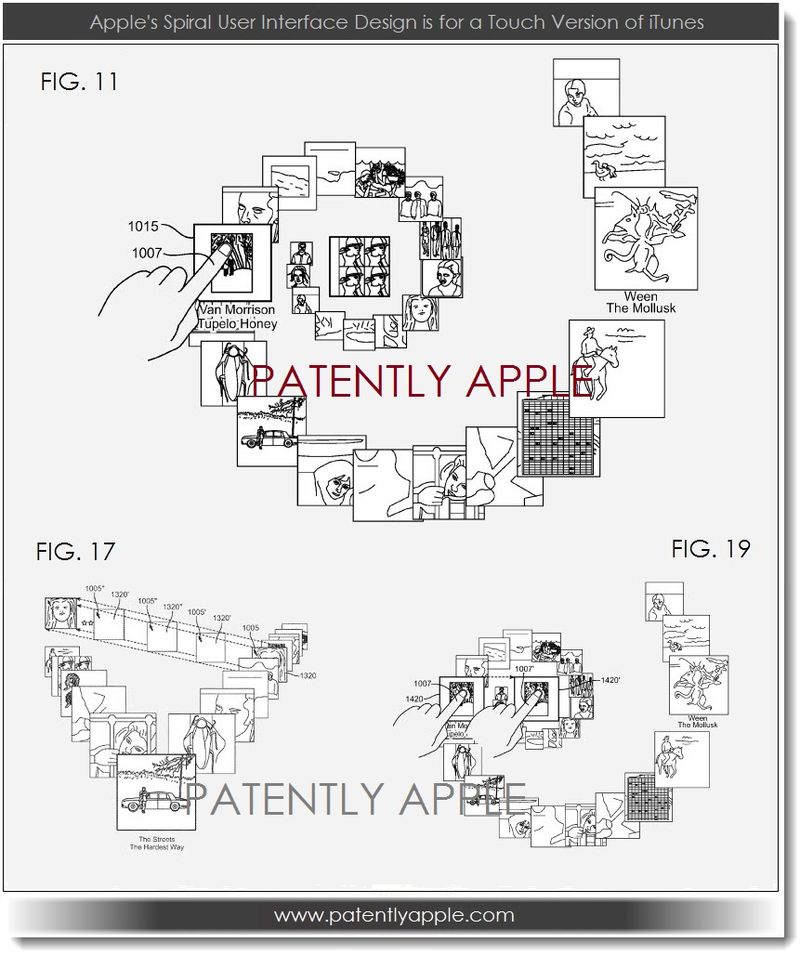