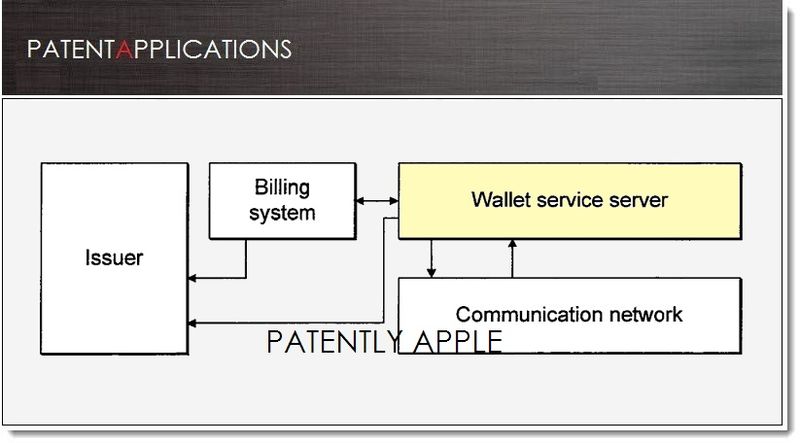 On June 6, 2013, the US Patent & Trademark Office published a patent application from Apple that reveals yet another layer in Apple's future iWallet services. Apple's latest invention generally relates to methods and systems for payment of goods and services, and the issuance of credits toward the payment of goods and services, via a mobile device. The twist to Apple's invention is that it details how wireless carriers and/or ad agencies will be able to provide users with billing information in real time. Moreover, Apple's invention once again describes a subsidized program whereby users are credited for interacting with ads and that the credit could be used in-part to subsidize their smartphone services like TV or radio. This is timely considering that Reuters is reporting this morning that Apple's future iRadio service will also have ads currently sold by their iAd division. This is how Apple will be able to offer a free radio service. Apple first introduced the subsidy concept originally back in October 2009 that was more slanted toward subsidizing hardware.


Another iWallet Related Patent & Beyond

Beyond using a smartphone as a credit card, it could also be used to receive coupons for discounts which may be used in a point of sales transaction.

In the big picture, Apple's invention is directed at least in part to a method and system for providing credits, vouchers or coupons representative of monetary value to users of mobile devices such as smartphones. The users of the smartphones will be able to use the monetary value of the credits to purchase goods and/or services.

Apple's patent FIG. 1 noted below illustrates a schematic of an exemplifying architecture of a first embodiment of a credit delivery system. 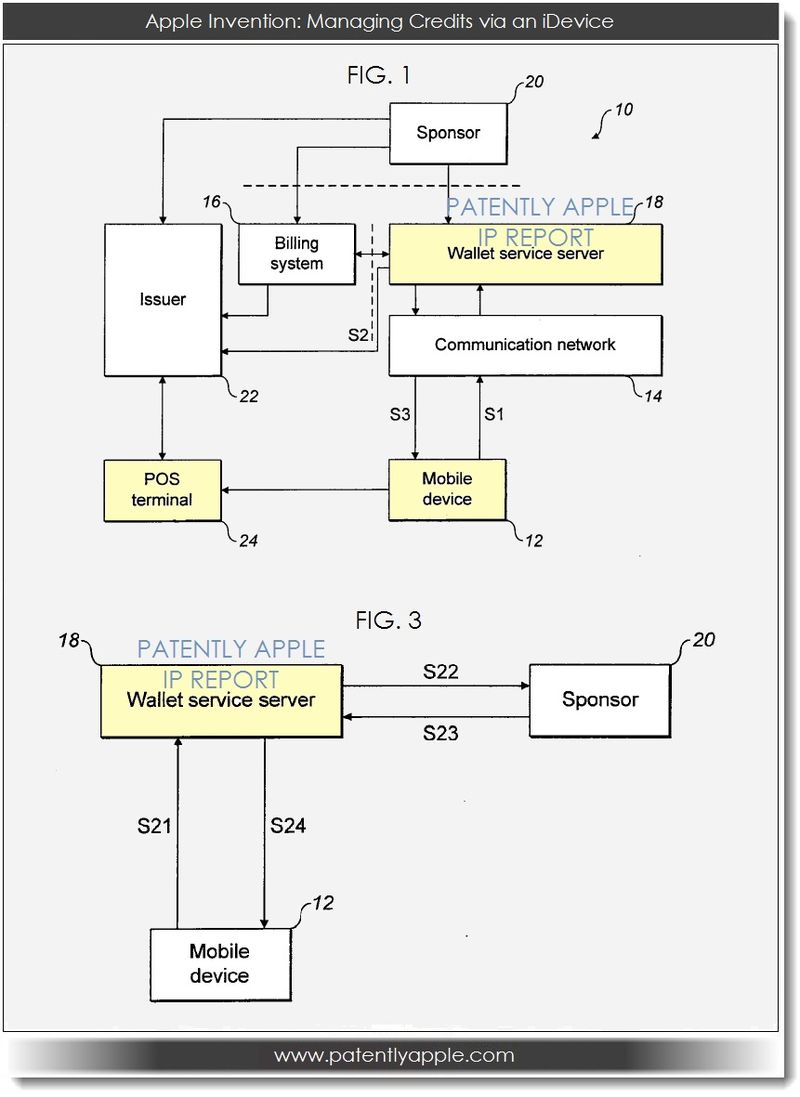 Apple's invention also encompasses a system for enabling users of mobile devices to receive credits having monetary value which would be inclusive of the mobile devices. In the latter case, the users may be required to view advertisements in exchange for the credits.

A Little about the Proposed Meter Based Billing System

Apple's patent FIG. 1 illustrates a billing system operatively coupled to a communications network and may be arranged to maintain an account of available money for each mobile device.

Apple states that when there is sufficient credit, i.e., in the account maintained by the billing system or by the third party such as a bank or credit card company, it will cause a process of generating and delivering a code to be used to confirm the transaction. The code will be typically generated by the issuer.

To review Apple's latest iWallet related invention, see patent application 20130144789 which is credited to Janne Aaltonen. Apple's patent was filed in Q1 2013. Considering that this is a patent application, the timing to market of such an Apple product is unknown at this time.

New on Patent Bolt This Week

Microsoft's Kinect to Work with Smartphones to Enhance Games

Google Reveals their Method for Unlocking the 'Glass' Display

Google's "Solve for X" is now a Registered Trademark