On June 20, 2013, the US Patent & Trademark Office published a patent application from Apple that reveals an invention relating to a new audio system that will optimally work with speakers that are generally hidden from view. The advanced audio system will work with an iMac, iPhone, TV and beyond. Apple's patent is highly technical discussing various components such as damping chambers and acoustic damping materials. If you're an audiophile you'll enjoy digging deeper into Apple's patent filing. For the rest of us mere mortals, be assured that Apple is working on improving audio for the iDevices that we love today and for those coming in the future. 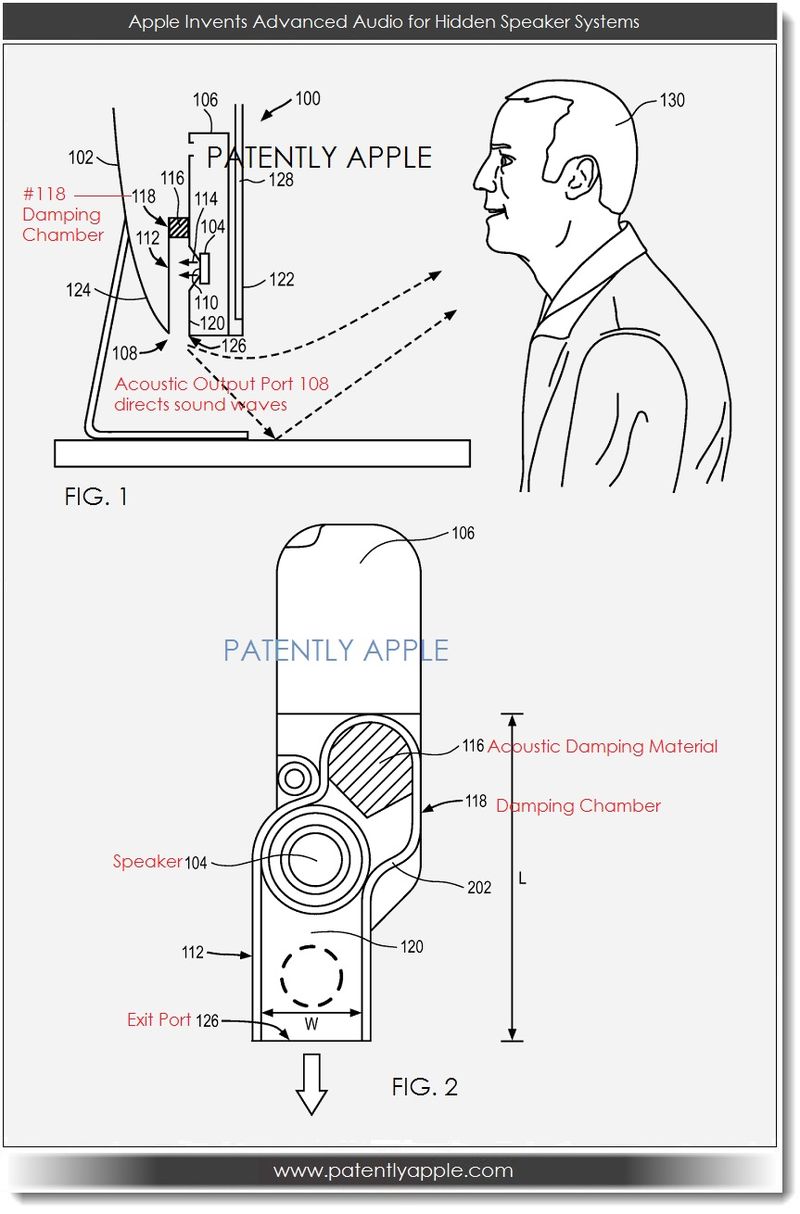 Apple's patent FIG. 2 is a back side view of the acoustic output pathway and damping chamber of FIG. 1.

Apple credits Gordon Dix, Justin Crosby, Martin Johnson and Michael Morishita as the inventors of patent application 20130156245 which was originally filed under in Q4 2011.

I have a 24 inch mac i bought 6 yrs ago and destroyed the audio out port when walking away wearing headphones. The internal speakers also quit and now ive no way to connect to an audio source, ive tried multiple restarts and quits with preference options for external speakers and headphones with no luck.