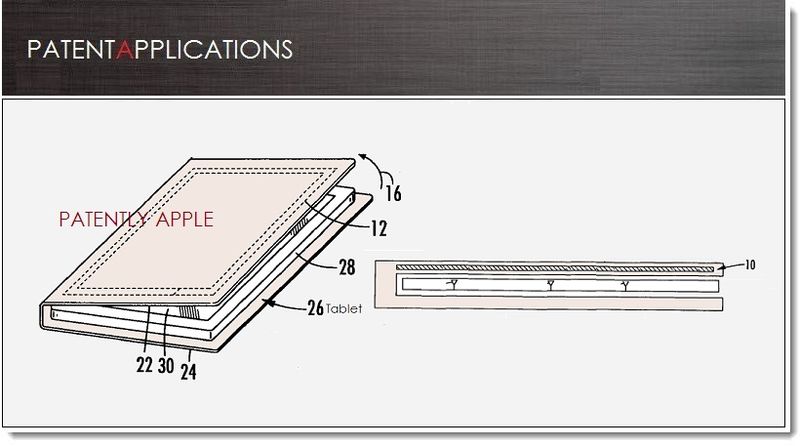 On June 13, 2013, the US Patent & Trademark Office published a patent application from Apple that reveals an all-new kind of tablet cover. The patent filing is deadly focused on the make-up and process in creating the cover using various materials with non-radio portions so as not to interfere with the tablet's various radios. Considering that Apple's original Smart Cover was introduced in early 2011 and that this new filing was only filed in December 2012, it's pretty clear that Ive's Industrial Design Team have something completely new in mind. Could it be a new iBooks centric design? Only time will tell.


While Apple's patent filing doesn't veer from the narrow focus of the construction of the cover, one has to consider the gigantic hint that Apple's design team have left us with.  Apple has designed an all-new tablet cover that bears no resemblance whatsoever to  their current Smart Cover design. Considering that Apple is contemplating the use of leather and/or an exotic mix of materials for this new tablet case, one has to wonder if Apple's design team isn't attempting to appeal to the very distinguished iBook reader.

Today, the market for mini tablets is getting quite crowed with every major OEM designing cheap tablets that all look alike. Creating a "different" kind of integrated tablet cover could differentiate an iPad mini with a rich leather-bound appearance.

The new design is likely not to replace Apple's Smart Cover, as Apple has some rather mind boggling ideas as to how they wish to extend that kind of cover in the future. This new design is distinct with a very book-like construction.

As shown in Apple's patent FIG. 2 below, we see a fiber-reinforced structure 10 that may be incorporated within a product such as electronic device cover 32. The cover may have upper and lower flaps that could be formed from plastic, leather, or other suitable materials. 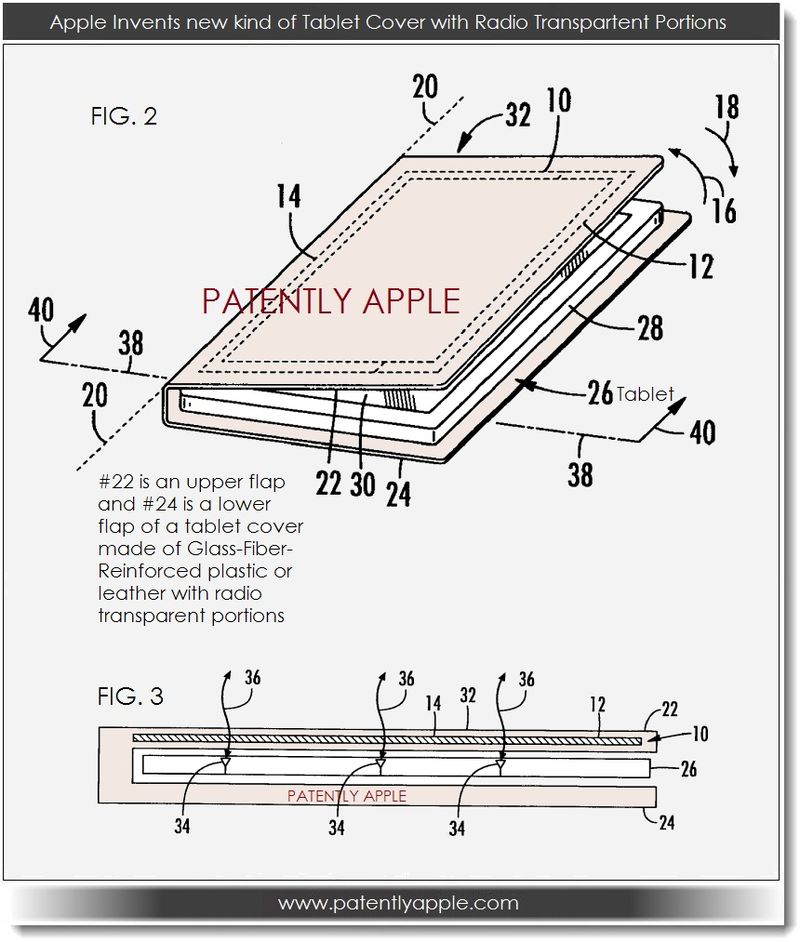 Apple's patent FIG. 3 is a cross-sectional side view of an illustrative electronic device in a cover showing how a fiber-reinforced structure in the cover may have radio-transparent and non-radio-transparent portions.

Apple's cover may be "incorporated into any suitable apparatus," or can be an accessory. Specifically, Apple's patent states that the cover "may be a housing wall or internal housing structure in a tablet computer, computer, portable telephone or other handheld device." That's the interesting twist.

Apple credits John DiFonzo, Amy NG and Robert Merritt as the inventors of patent application 20130147330 which was originally filed in Q4 2012.