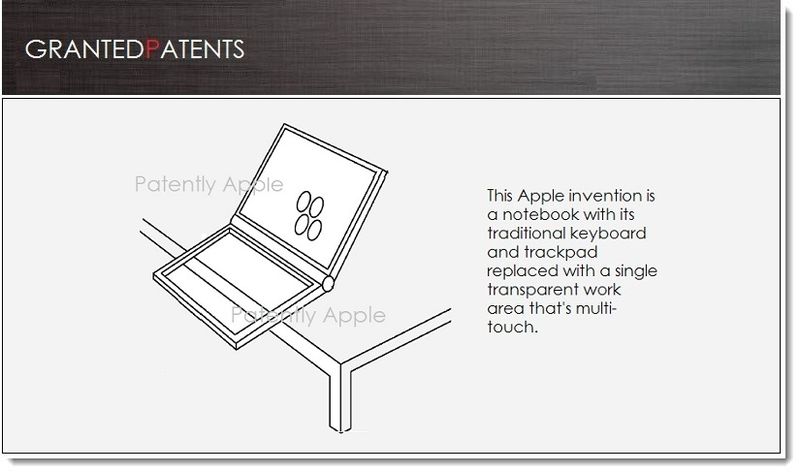 The US Patent and Trademark Office officially published a series of 35 newly granted patents for Apple Inc. today. In our summary report we specifically cover a revolutionary MacBook concept patent from Apple which also covers an advanced 3D trackpad for future CAD and/or gaming applications. Apple was also granted three new design patents today covering a never before seen icon.

Apple has been granted a patent today for a revolutionary MacBook concept. Their invention specifically focuses on systems and methods for a transparent dual-sided trackpad.

The vast majority of Apple's newly granted patent involves a possible future MacBook with its traditional keyboard and trackpad replaced by a transparent glass work area that is touch sensitive on both sides. 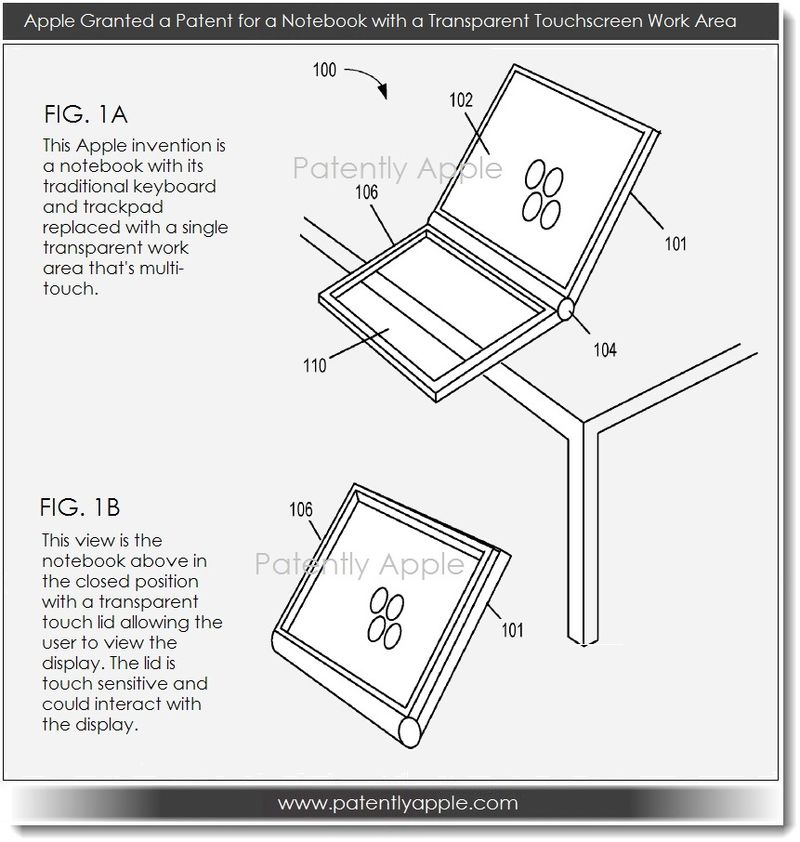 Although Apple's transparent work area concept is mainly described in terms of being applied to a possible future MacBook, Apple clarifies that such an invention could apply to many other form factors such as a media player, a desktop, a smartphone, gaming machine and beyond.

Another aspect of Apple's granted patent involves a 3D trackpad and/or Joystick for CAD and/or gaming applications.

To review additional details and patent figures regarding this patent you could check out our original report that was posted on October 06, 2012. We originally discovered Apple's patent in in a European filing.

Apple credits Chris Lightenberg as the sole inventor of this granted patent which was originally filed in Q3 2006 and published today by the US Patent and Trademark Office. To review today's 44 granted patent claims and details, see US Number 8,471,822.

It should be noted that a single aspect of Apple's design was prototyped over a decade ago. Today's granted patent goes far beyond that prototype by introducing the concept of having the keyboard area replaced with a secondary multi-touch display.

Today the US Patent and Trademark Office published three of Apple's latest granted design patents. The designs cover Apple's new Lightning to 30 pin adapter, emoticons for the iPhone and a never seen before icon titled "Nearby." Apple's mysterious icon may have been originally contemplated to cover nearby data transfers that will now be covered by AirDrop in iOS 7. 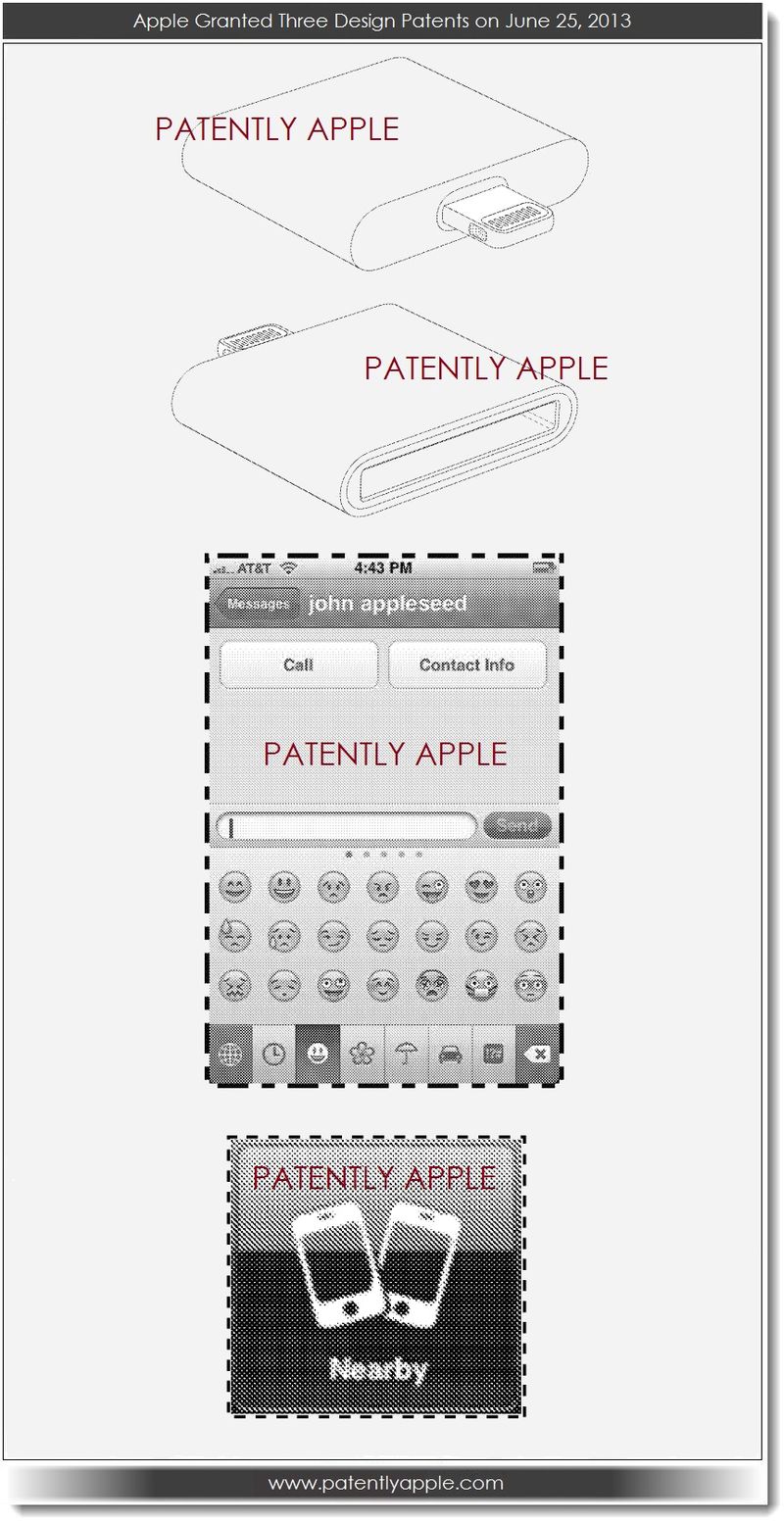 The way Apple demoed AirDrop, it is possible.

Thanks for taking the time to send in that information, James. Do you think that AirDrop will replace that in GameKit?

The mysterious icon has been used in iOS for several years. When using the GameKit API to establish Bluetooth communication between two i-Devices, the icon is displayed.