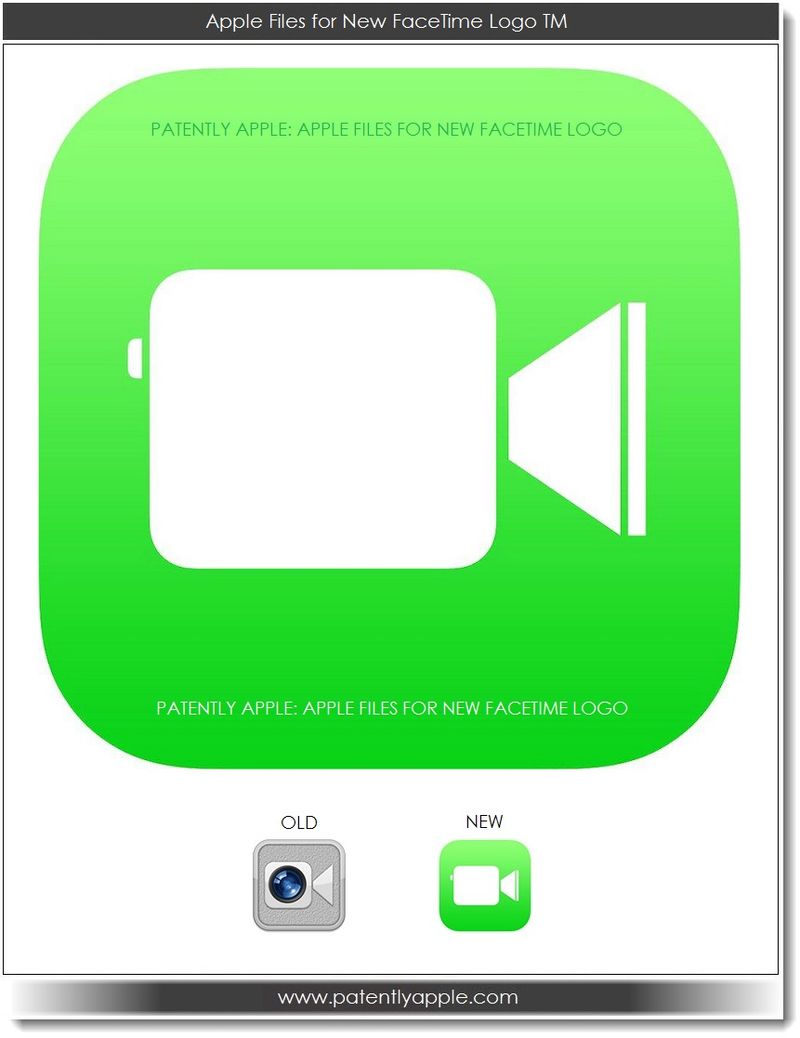 During Apple's World Wide Developer Conference Craig Federighi introduced iOS 7 features along with a peek at the new iOS UI design which included a great number of re-designing icons that we noted in our WWDC report. Earlier this week Apple filed a trademark application for their redesigned "FaceTime" icon under number 85968558. This is likely to be the beginning of many trademark filings to follow to cover the other new icons. For more information about FaceTime, see Apple's webpage. 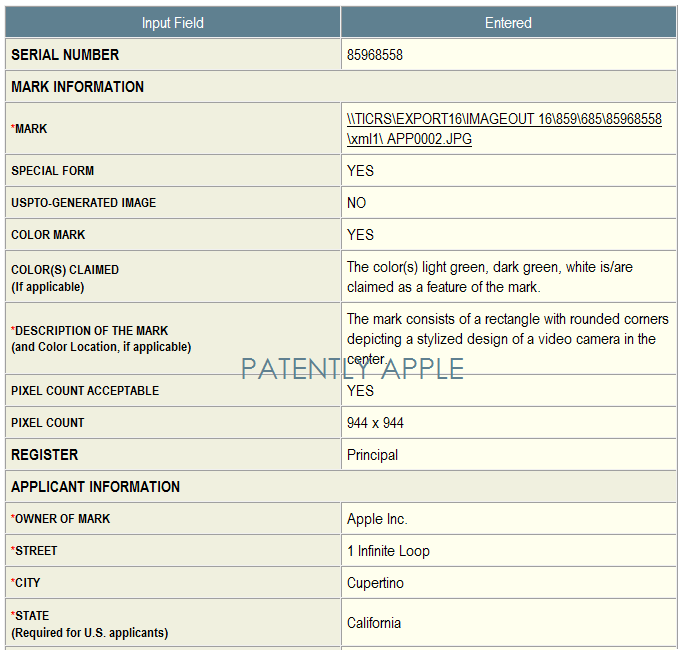 Just as a note, the US Patent and Trademark Office (USPTO) listed Apple's "Pages" logo as being a new registered trademark even though all of the information on the certificate is actually dated 2010. Although we can't figure out why USPTO added this to Apple's latest IP filings or activities this week, we've added the RTM logo below, just in case there was some fine print that we missed. 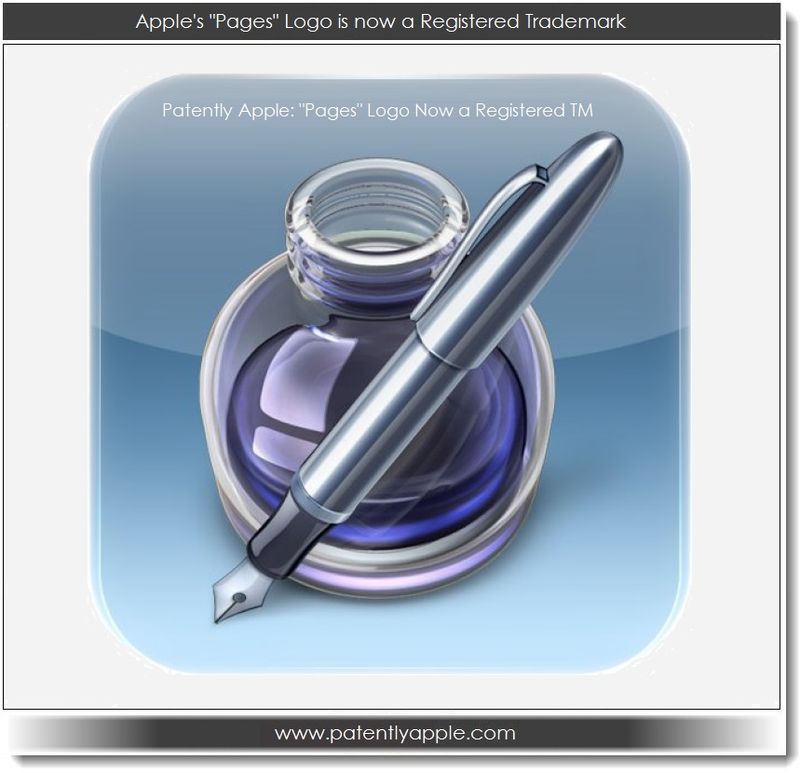