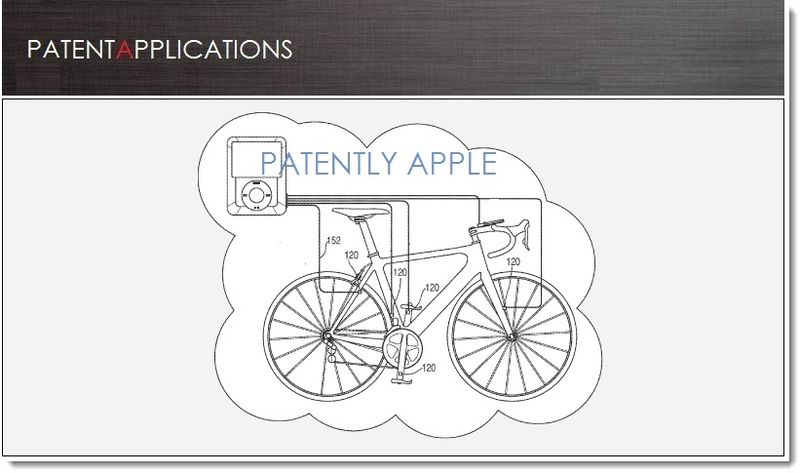 On June 6, 2013, the US Patent & Trademark Office published a patent application from Apple that reveals a new leg to their smart bike invention. The premise of Apple's invention is rather like Apple's Nike + iPod system for runners except for cyclists. While the system is for individuals, it's also designed to work with teams of cyclists so that they could communicate with each other on-the-fly about course difficulty or perceived problems. The Bicycle system monitors speed, distance, time, altitude, elevation, incline, decline, heart rate, power, derailleur setting, cadence, wind speed, path completed, expected future path, heart rate, power, and pace. The system could utilize various sensors built-into the iPhone in addition to working with sensors already built-into the bike itself. Apple's patent is extraordinarily detailed and packed with interesting twists that the sporting cyclist will really appreciate. Interestingly, Apple only filed their patent update this past January.


Patently Apple was first to publish a report on Apple's smart bike system back in August 2010. The vast majority of Apple's current patent application mirrors their 2010 application which you could review in detail here. 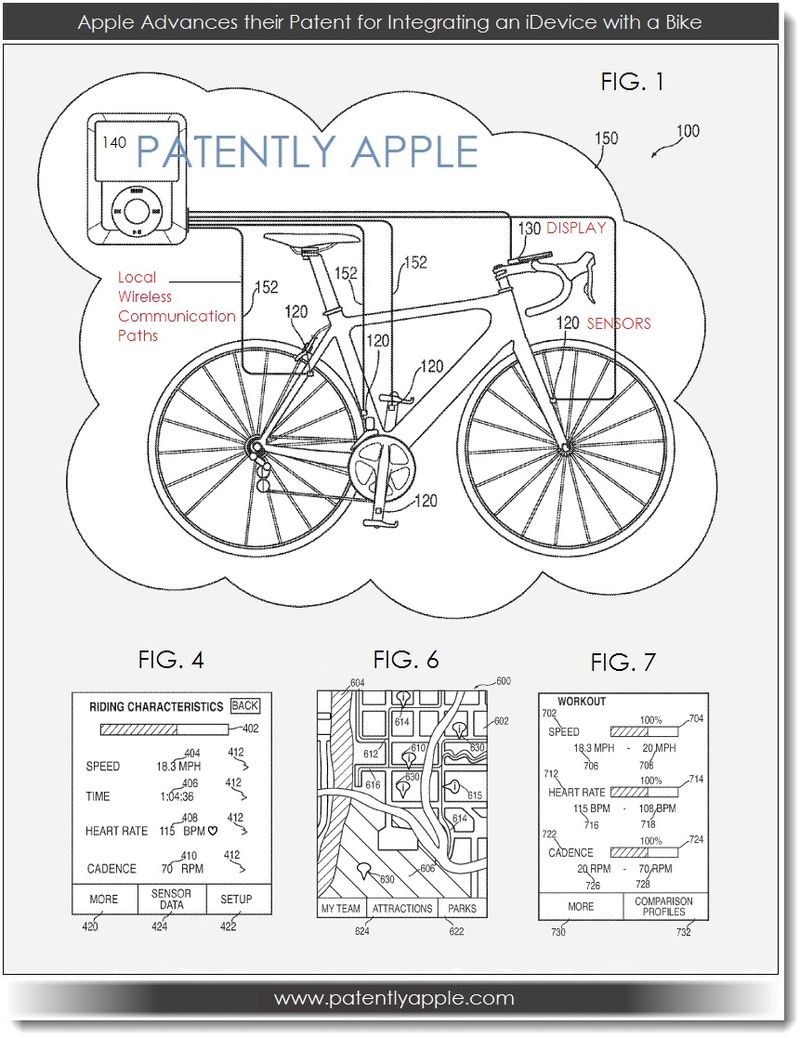 Apple credits Jesse Dorogusker, Anthony Fadell, Andrew Hodge, Allen Haughay, Jr., Scott Krueger, James Mason, Donald Novotney, Emily Schubert Policarpo Wood and Timothy Johnston as the inventors of patent application 20130144464 which was filed in Q1 2013. Considering that this is a patent application, the timing to market of such an Apple product is unknown at this time.

It should be noted that the US Patent and Trademark Office did in fact publish a series of 18 older continuation patents today dating back to between 2005 and 2012. The continuation patents listed below are specifically referenced as such under the section titled "Cross-Reference to Related Applications." Generally speaking, this type of patent application contains modifications that Apple's legal team have made to the original patent claims in an effort to have the US Patent Office finally approve their invention.

New on Patent Bolt This Week

Microsoft's Kinect to Work with Smartphones to Enhance Games

Google Reveals their Method for Unlocking the 'Glass' Display

Google's "Solve for X" is now a Registered Trademark