All data mentioned in Distimo's report covers April 2013 and was collected directly from Distimo's AppIQ, which contains download and revenue estimations on a daily basis. Distimo presents data from a number of games sold in both Google Play and Apple's App Store and we present you with three of the examples found in their study.

The use of color coded maps by Distimo is captivating in that it makes it so easy to quickly see that Apple's App Store is clearly delivering sales for top game developers around the globe. In the real world, free games don't matter much to developers. In the end, where it really counts, The App Store delivers what matters to developers: profits.

1. World of Arms by Gameloft 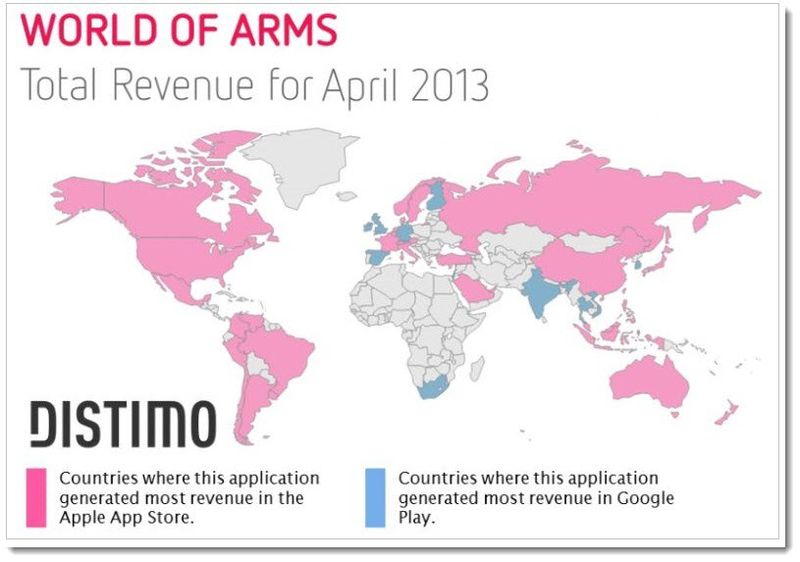 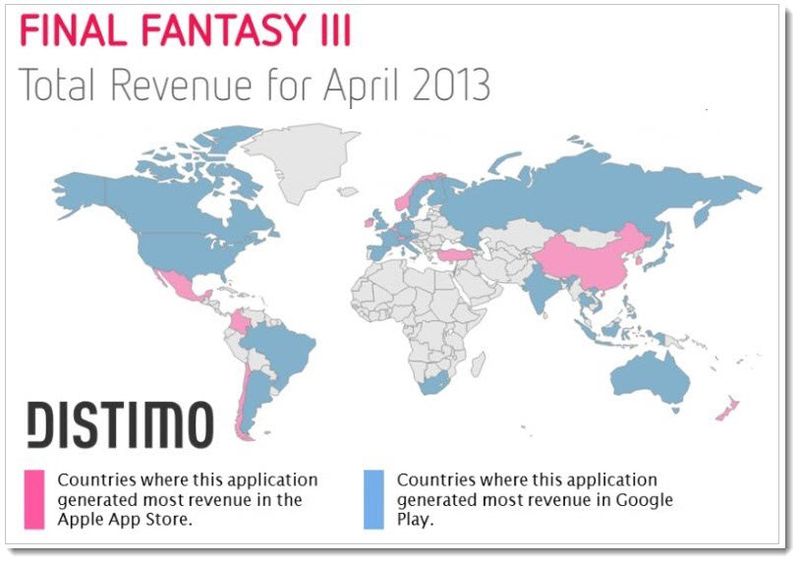 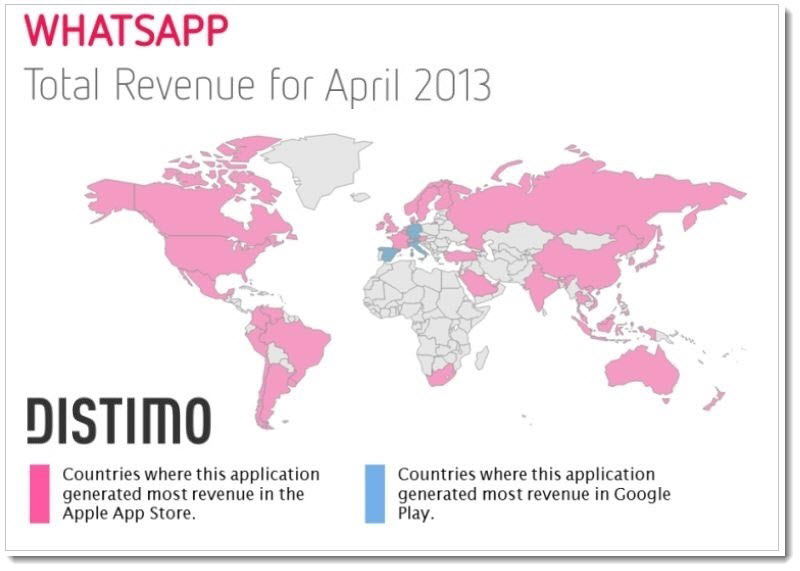 The Apple App Store is Still Most Beneficial 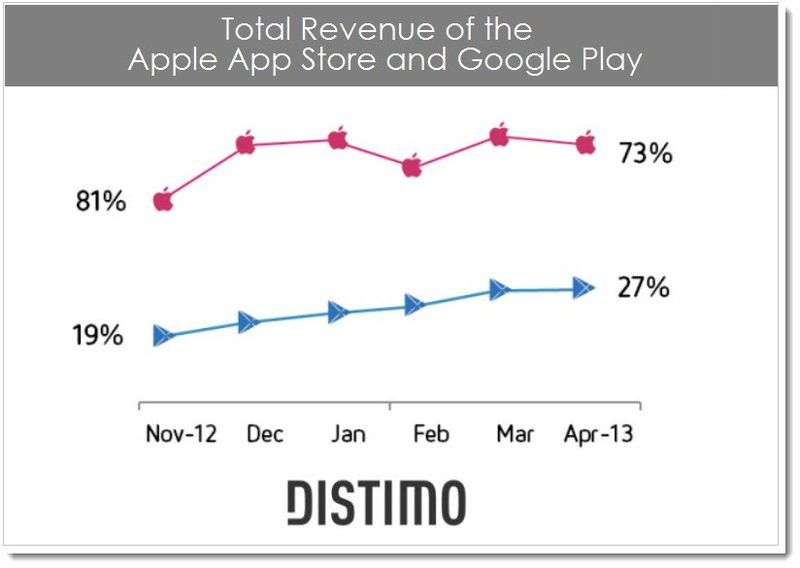