Believe it or not, Google Tries to Trademark English Words like Hangouts, Wildfire & Field Trip 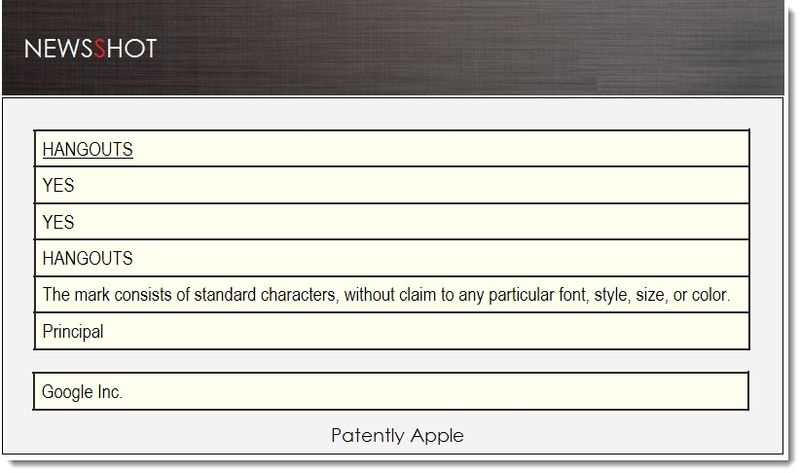 In March we reported that US Magistrate Judge Elizabeth Laporte has ordered Apple and Amazon to convene on March 21 with their respective legal teams to settle the former's trademark infringement suit against the latter over its use of the term "app store." If not, the trial will begin in August. Well it's May and so off to court they go as there's been no news of a settlement. At one point Nokia and Microsoft were opposing the same trademark as well. Back in 2011 RIM made it known that they were opposed to Apple's WebKit Trademark and lost. And over the years the Android crowd have screamed bloody murder over various trademarks that Apple has tried to trademark, ranting that Apple had no right to trademark simple English words. Well, what will these very same Androiders now say when they discover that their beloved Google is doing the very same thing?


Google Files for Hangouts and Hangouts on Air Trademarks

Below are screenshots from Google's "Hangouts" and "Hangouts On Air" webpages followed by Google's trademark for Hangouts. The last time that I looked up "hangouts," it was still in the dictionary. 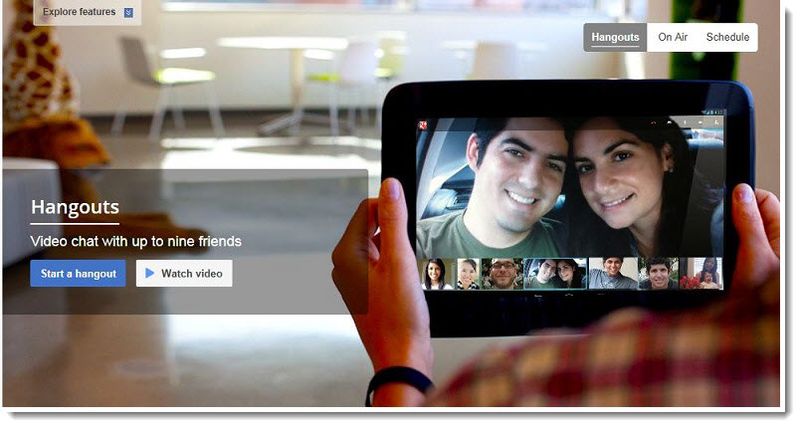 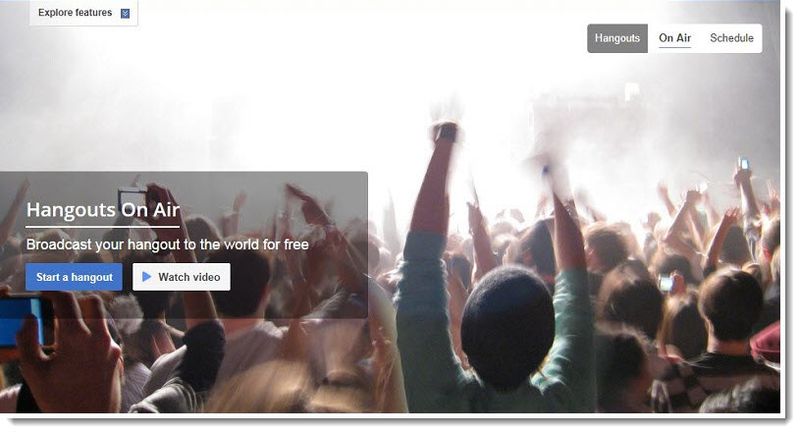 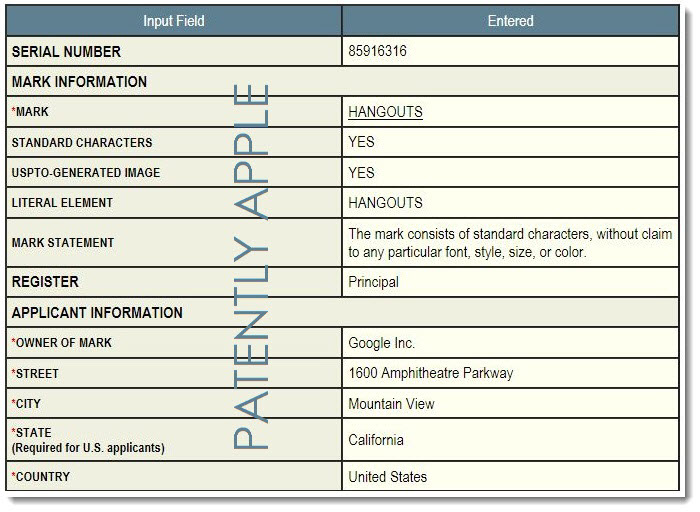 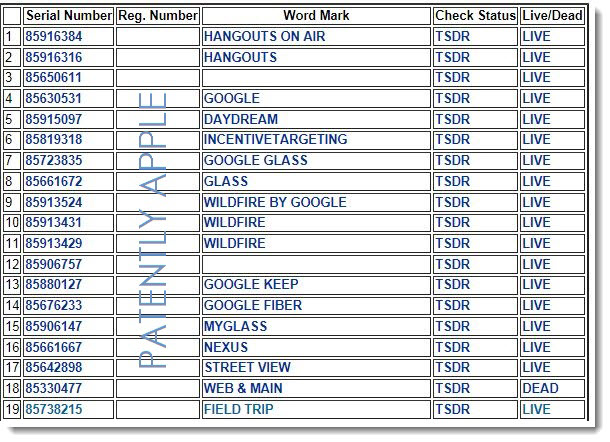 It's clear by the US Patent and Trademark Office database entries for Google that you see above, that they're trying to trademark everyday words like wildfire and field trip on an ongoing basis. The above graphic only illustrates Google's entries for the last 30 days.

I personally don't care what Google tries to trademark or what trademarks they end up being granted. That's every business and they're playing by the rules in applying for a legal trademark. They may gain these trademarks or not depending on how it all plays out with the trademark examiners.

But young angry Androiders who think that Apple is so evil for trying to trademark English words like "App Store," should now take note that their beloved Google does the very same thing on an ongoing basis.

So to the constantly angry Androiders on the net everywhere I say: the next time that your zombie mind tells you to rant about Apple trademarking English Words, look in the mirror and begin arguing with yourself. Please, do us all a favor.

Thanks for your feedback Andres.

Hopefully Android fans will understand this and not continually complain about Apple Trademarks. Okay, so I'm optimistic even though the zombies don't understand English to begin with - ha!

In response to some of the above comments. This is a common misconception with trademarks. Google trademarks the words "glass" and "field trip" but these are always in connection to a ware (good or product) or service.

Most likely, they have trademarked these in connection to "portable eyewear technology" for example. This just means that no one else going into that business can call their product "glass".

It in no way means other companies cannot use "glass" for their products. Moreover, if your product is actually "glass" and you try to trademark "glass", it will be rejected, since it's a common language term and cannot be used for the exact item its describing.

Sad thing is, Apple had every reason to trademark App Store. They were the first with one, they coined the term, and they popularized it. Now everyone and their mother wants to cry foul AFTER its become a huge success and they want in on that iconic phrase. But of course, they'll do mental gymnastics to figure out a way to justify how Google trademarking "field trip" or "glass" is somehow different.

I don't care what Google trademarks, its what businesses do, they coin phrases and then trademark it. Its just the amount of immature hypocrisy among the zombies is pathetic. And whats worse is Google encourages this type of behavior, with their careful choice of words they say in the media, or contesting Apples trademarks/patents, when they know damn well they're playing the exact same game Apple is.

Will every school have to pay to use field trip forms and use the word field trip.