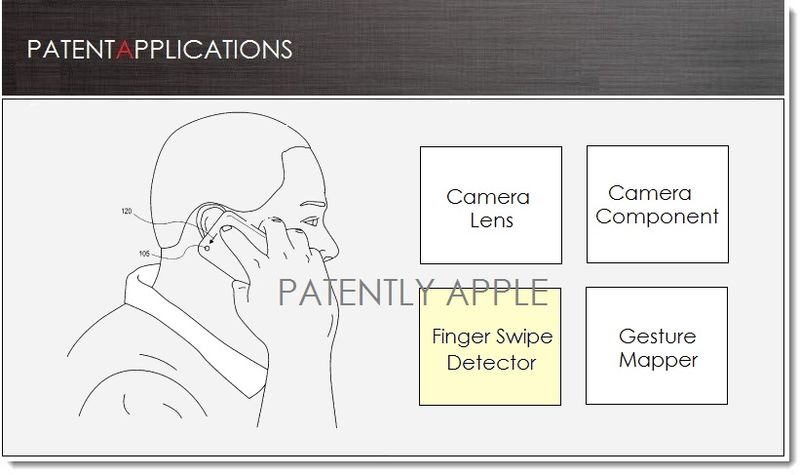 On May 09, 2013, the US Patent & Trademark Office published a patent application from Apple that reveals one of the next chapters for Apple's iPhone. Today's patent reveals an innovative concept that is designed to help users control their incoming calls and voicemail by simply swiping their finger over the external camera lens. It will control replay and fast forwarding of voicemail. In addition, the new methodology will also enhance one handed navigation of web pages, documents, a contact list or your iTunes library by simply swiping the camera lens in different swiping motion combinations. The majority of this patent was first reported on back in February 2010 under the title "Cool New Finger Swiping Camera Controls coming to iPhone & iPad." You can obtain more details and patent graphics from that report. Apple is adding one distinct addition to their original invention by adding general page scrolling.

Apple's invention generally relates to mobile devices that have a camera function and that can detect vibrations and/or movement of the device. In one embodiment of the invention, one can control functions of a portable handheld electronic device by swiping a finger across a camera lens of the device. In other embodiments, the user can control voicemail functions by tapping the device, which causes the device to vibrate or move. In one embodiment, to access their voice mailbox, a user may tap the phone to cause playback of a message to pause, tap the phone again to resume playback, swipe their finger over the camera lens in one direction to fast forward playback, and swipe his finger over the camera lens in another direction to rewind playback. These actions allow the user to control functions of voicemail review without removing the device from over their ear.

In another embodiment, functions for controlling call features utilize similar user actions or motions. Features such as merging multiple calls, putting a call on hold, and switching between or among multiple simultaneous calls may be controlled by single or double (or any number of) taps of the device, as detected by an accelerometer of the device. These taps may be preprogrammed by Apple or the end user. .

Swipe Controls for Navigating Through Documents

What's new is patent claim number one focusing on adding swipe controls for "scrolling." Claim one reads: "A portable electronic device comprising: a camera lens located on a rear face of the apparatus; a finger swipe detector to detect a finger swiping action across the camera lens; a display screen located on a front face of the apparatus; and a user interface component to cause the display screen to display a scrolling operation based on the finger swiping action. 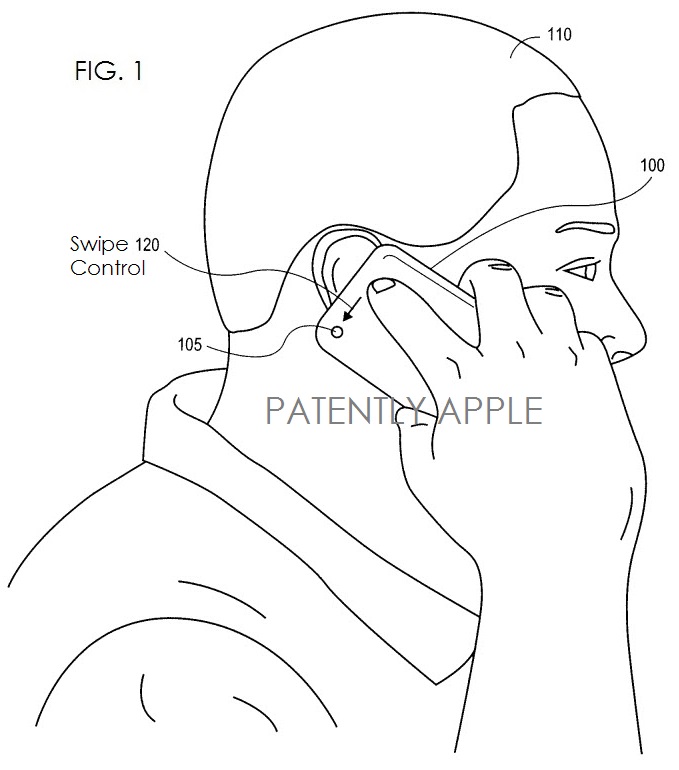 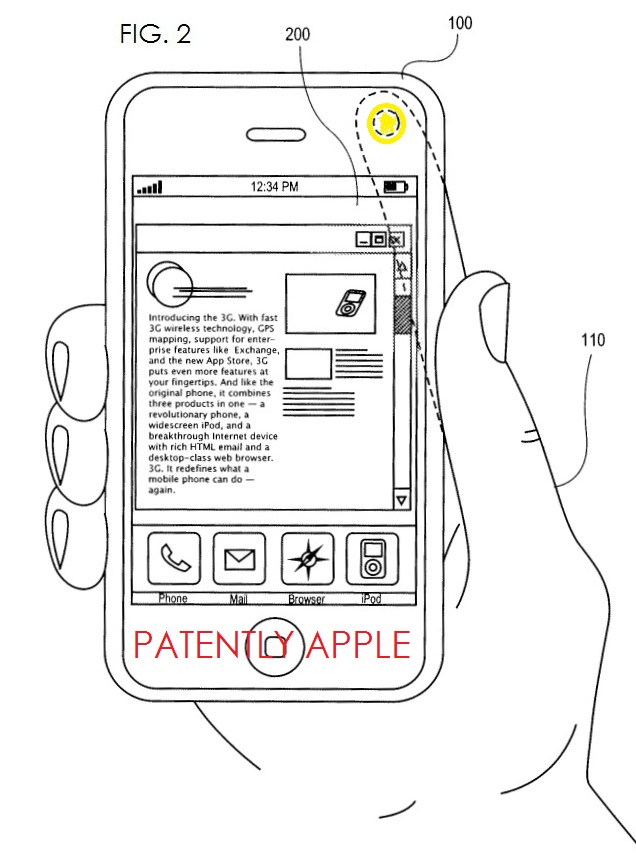 Apple credits Chad Sequin, Justin Gregg, and Michael Lee as the inventors of this patent application which was originally filed under serial number 733022 in Q1 2013. See our 2010 report for more details. Considering that this is a patent application, the timing of this feature to market is unknown at this time.

Although Apple was first on paper with this invention, Google has since decided to patent their own version of it.