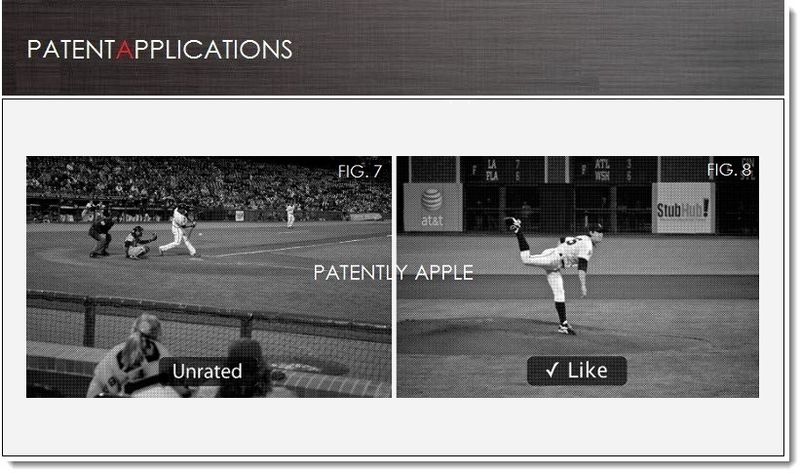 On May 23, 2013, the US Patent & Trademark Office published a patent application from Apple that reveals Apple's next generation of "Airplay" that will be able to operation in a two-way manner that is also interactive. Apple also hints that the separate devices of an Apple TV and a Television could be combined into a single device, an Internet-enabled television.


The One-Way Limitation of the Current "AirPlay" Feature 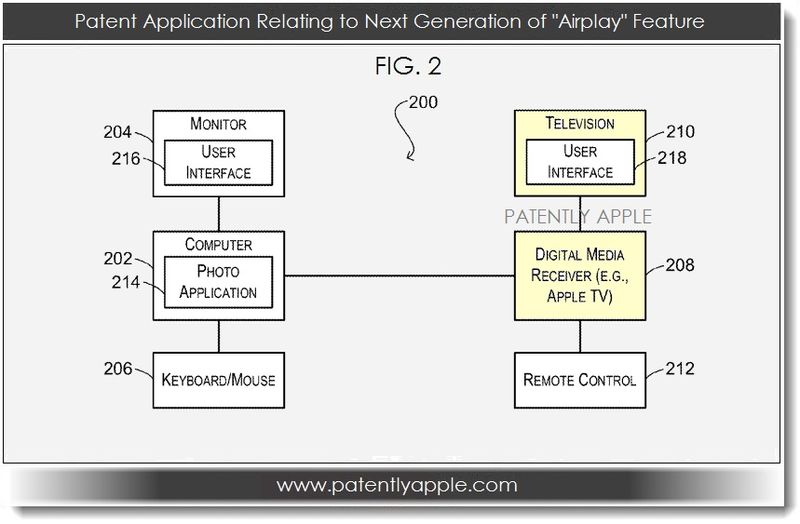 Apple distinctly states that "Although digital media receiver 208 (Apple's current Apple TV box) and television 210 are shown as separate devices, in certain embodiments they can the combined into a single device (e.g., an Internet-enabled television).

Assign a Rating to Photos 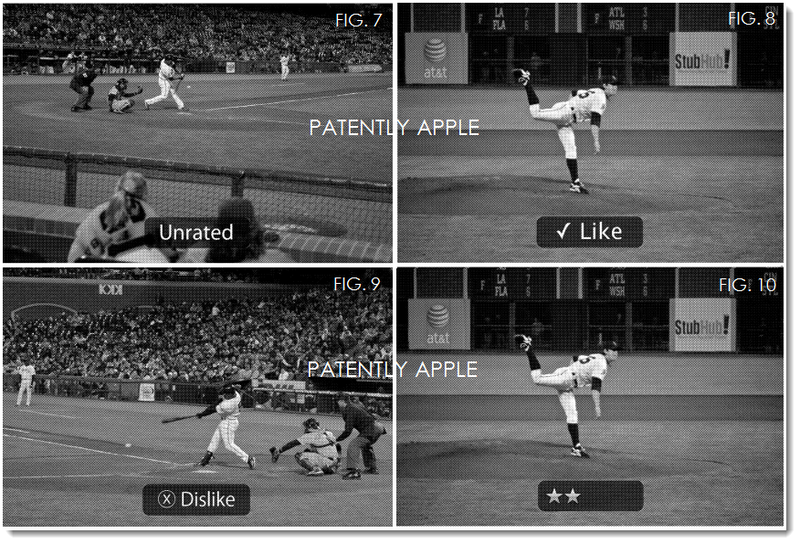 Upon receiving a command for a particular rating, a digital photo application (Aperture or iMovie) can save the rating with the photo and update the UI presented on a television to display the new rating. For example, FIGS. 8-10 noted above illustrate versions of a user interface that depict the photo as being assigned a rating of "like," "dislike," and "2 stars" respectively.

Apple states that other types of button mappings are also possible. In certain embodiments, the mappings shown above can change in different contexts. For example, when a map is visible in the UI (per FIGS. 12 and 13), the up/down buttons may be used to zoom in/out of the map rather than assign like/dislike ratings. 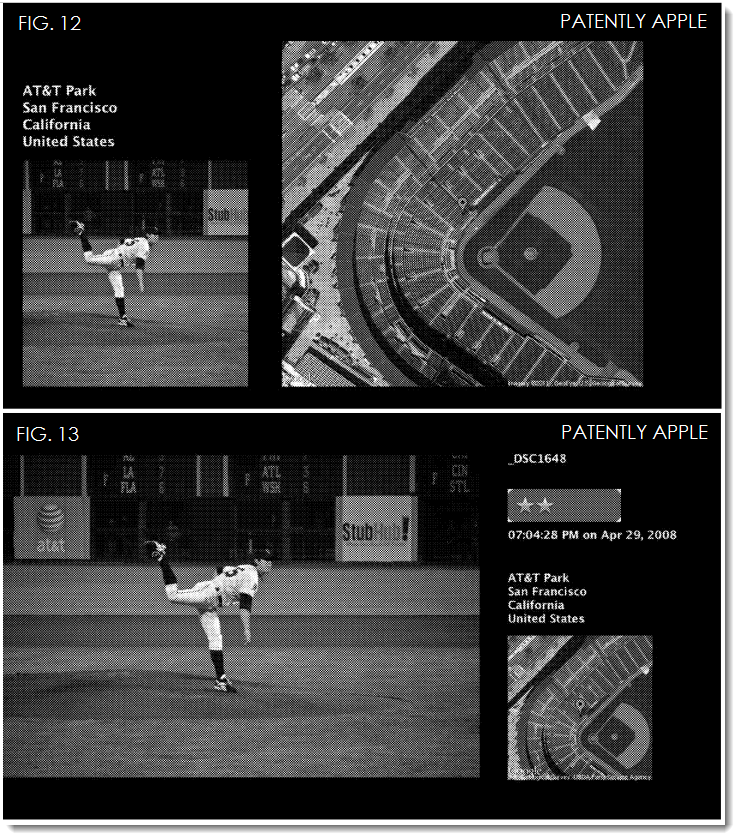 In my view, Apple has only provided us with the tiniest sliver of information regarding a future "internet enabled television." This is just the tip of the iceberg: interactivity with your future TV. For now, we see that Apple is working on some new features for the next generation of their Airplay feature.

Apple credits Nikhil Bhatt as the sole inventor of this patent application which was originally filed under serial number     300408 in Q4 2011. Considering that this is a patent application, the timing to market of such an Apple product is unknown at this time.

#1. Thank you for catching the fine print that states "in certain embodiments they can the combined into a single device (e.g., an Internet-enabled television)." This is absolutely clear for the first time.

#2. Apple describes the limited way that Airplay is today. A 2way version opens the door for voting on shows like "The Voice" or American Idol or any show that wants you to vote by calling in your vote. Shows that ask you to vote will be able to work with Apple so that Airplay goes the other way. The show sends you a screen that will ask you to vote on your iPhone or iPad. The TV program "The Voice" already works with Apple by allowing users to buy a tune which translates as a vote. So the next step is to provide users with the ability to vote using a future version of Airplay that will send you the voting form that married to the TV show image.

Apple could theoretically marry this to FaceTime for TV where you'll be able to interact with your buddies in a new way using AirPlay.

It's a simple idea with a lot of potential.