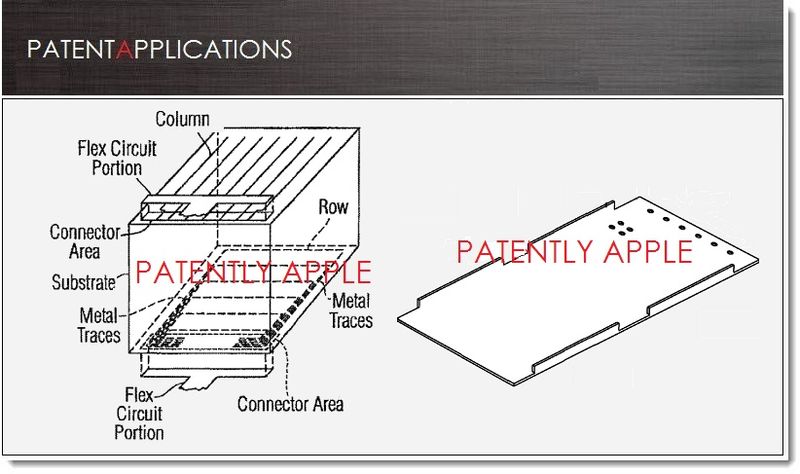 Last week we learned about Apple inventing an all-new touch sensor panel that would support larger displays like those found on a MacBook Air or Pro. Today, the US Patent & Trademark Office published a patent application from Apple that reveals yet another major touch related invention relating to an all-new touch pad electrode design which is to reduce the effects of noise and thermal drift and to provide users with more precision in their interaction with a touch display. Another invention covered in our report covers an amorphous diamond-like carbon coating for increasing the thermal conductivity of the structural frames of any Apple mobile device that is battery-powered. We close out our report by covering a new camera patent and providing you with a list of continuation, provisional and divisional patents that were published today that may interest some.

In some embodiments, the structural frame includes one or more apertures filled with the amorphous DLC coating. The apertures(s) may be formed to facilitate heat dissipation from one or more heat-generating components in the portable electronic device, such as a backlight, a processor, a charging circuit, and/or a power supply. 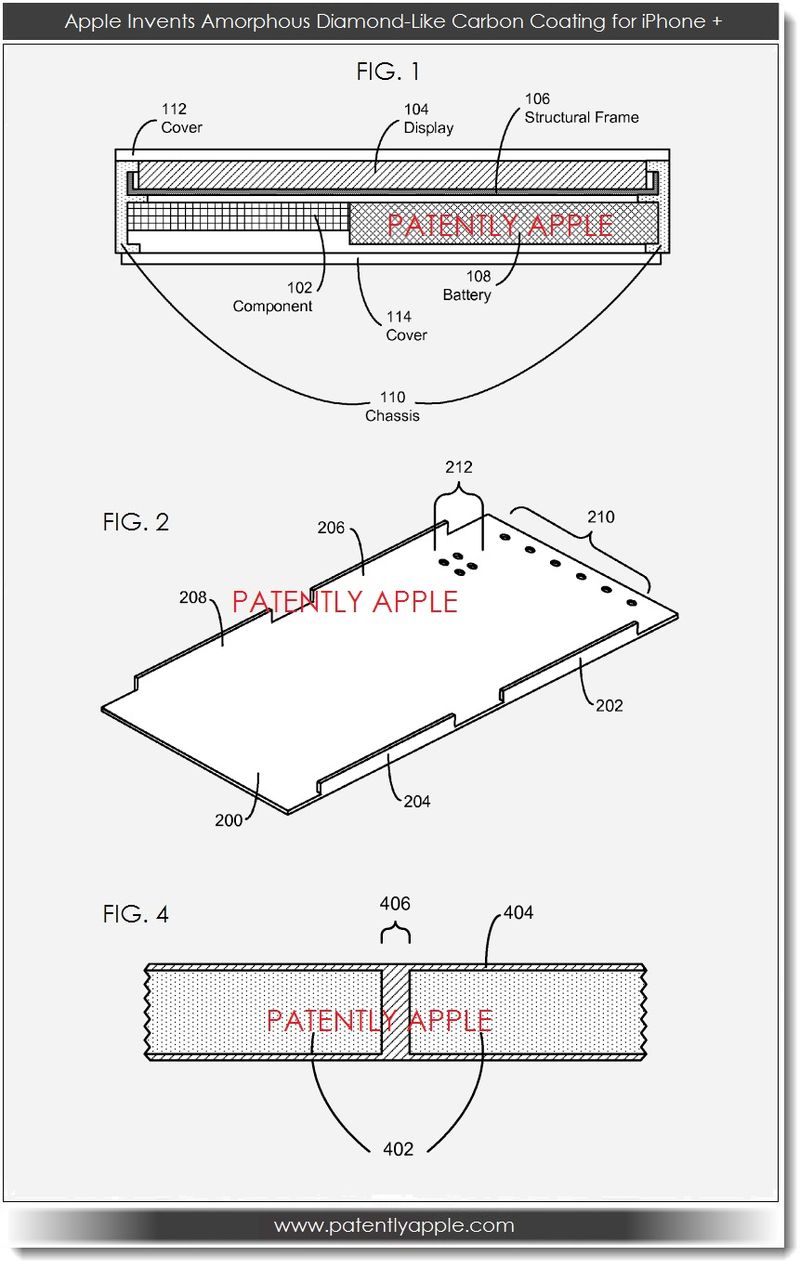 Apple's patent FIG. 1 shows a cross-sectional view of a portable electronic device which is an iPhone or iPod touch. The device, however, could be applied to any battery-powered device that would include an iPad, MacBook Air/Pro or any future device that is battery-powered.

Apple states in their patent background that some conventional capacitance touch pad sensors have exhibited more than optimal amounts of noise and thermal drift. Furthermore, some conventional touch pad sensors have not provided a linear to substantially linear response as a finger, for example, moved across the surface of the touch sensitive panel. Therefore, it is an object of the new invention to reduce the effects of any noise and thermal drift, as well as provide a linear or substantially linear response per area touched on the touch sensitive surface.

Apple's patent abstract states that "A multi-touch capacitive touch sensor panel can be created using a substrate with column and row traces formed on separate layers of the substrate. The column and row traces can include sections extending from a central trace and forming a rectilinear trace pattern with sections of the columns and rows interdigitated with one another. The trace pattern can comprise a plurality of pixels arranged continuously across the sensor panel. In this manner, the sensor panel can provide a linear or near linear response to touches across the touch sensor panel." 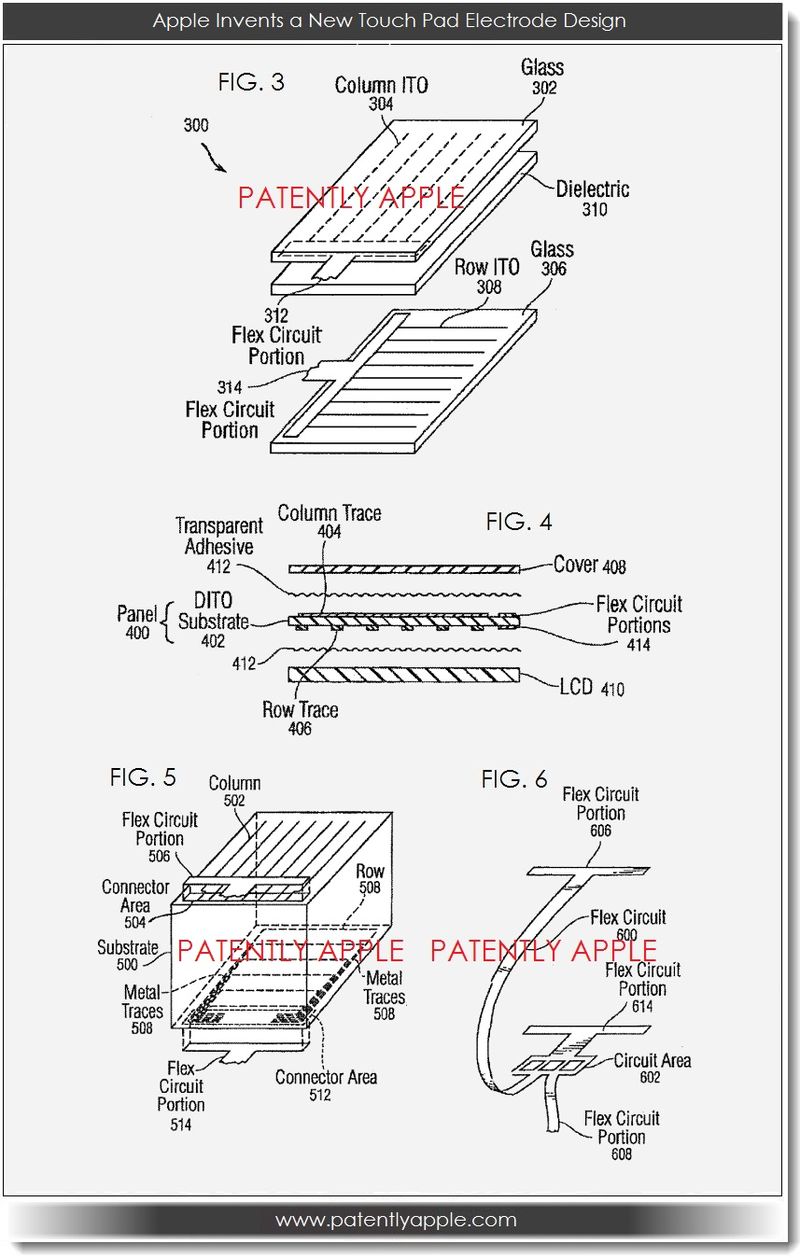 This is a very complex patent filing with 22 detailed patent claims. To review this patent, see application 20130127781. Steve Hotelling and Kenneth Staton are credited as the inventors.

In a final patent application we point you to Patent 20130129204 entitled "Illuminant Estimation."

Apple's invention relates to illuminant estimation and in particular to a method of chromagenic illuminant estimation which concentrates on the brightest pixels. The results of the estimation may be used in the fields of digital photography or computer visuals etc. to remove the color biases from images due to the illumination.

It should be noted that the US Patent and Trademark Office did in fact publish a series of older continuation patents today dating back to between 2006 and 2011. The continuation patents listed below are specifically referenced as such under the section titled "Cross-Reference to Related Applications." Generally speaking, this type of patent application contains modifications that Apple's legal team have made to the original patent claims in an effort to have the US Patent Office finally approve their invention.

2007 Provisional Patent 20130133047: Interworking between first and second authentication domains (Note that this is one of the patents that Apple acquired from Nortel)