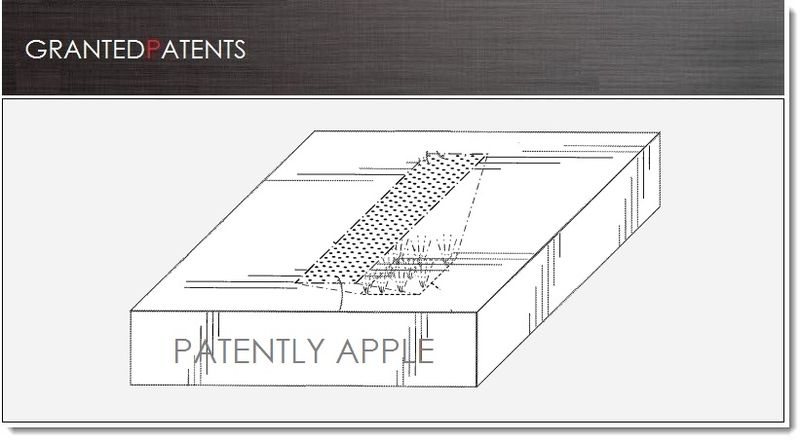 
Apple has been working on this type of control since 2006. We first presented Apple's concept of using invisible backside controls for the iPad back in our January 2010 titled "Apple: The Tablet Prophecies." Then in April 2010 we reported on a new Apple patent application which is the basis for today's granted patent. 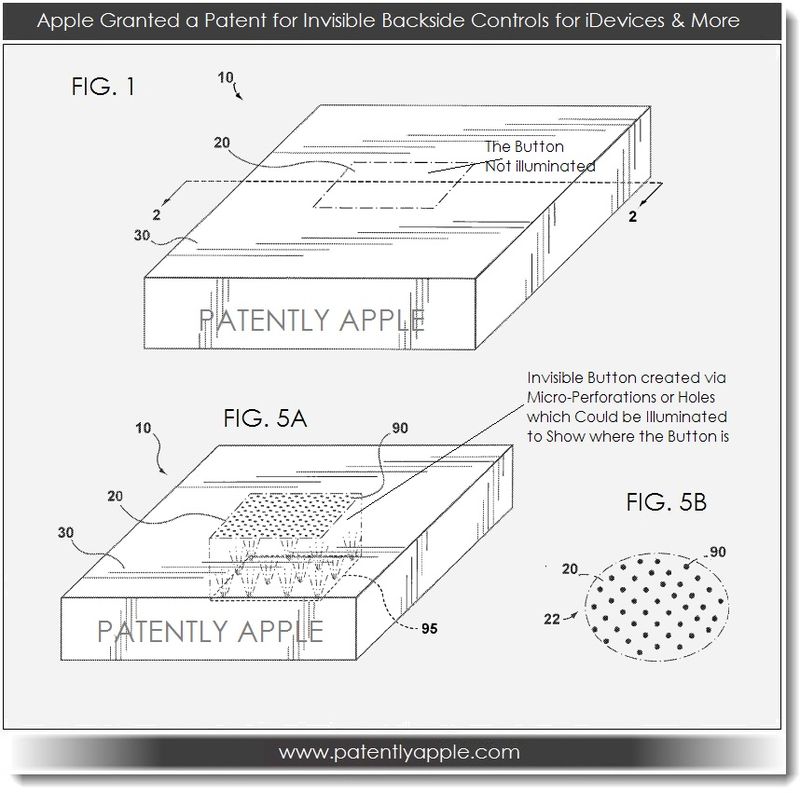 Apple's patent FIG. 1 illustrates the backside of an iDevice like an iPhone. As you can see above, there's an integrated invisible button. Apple states that such controls could also apply to future applications on other devices such remote control, game player, MacBook and more.

The invisible button could be illuminated. Apple states that "the backlight can be activated when a user taps or presses down on the button. In another embodiment, a motion sensor (not shown) may interface with the LED and activate it when motion is detected. In another embodiments heat and/or sound sensors (not shown) can interface with and activate LED 95 when heat and/or sound is detected." 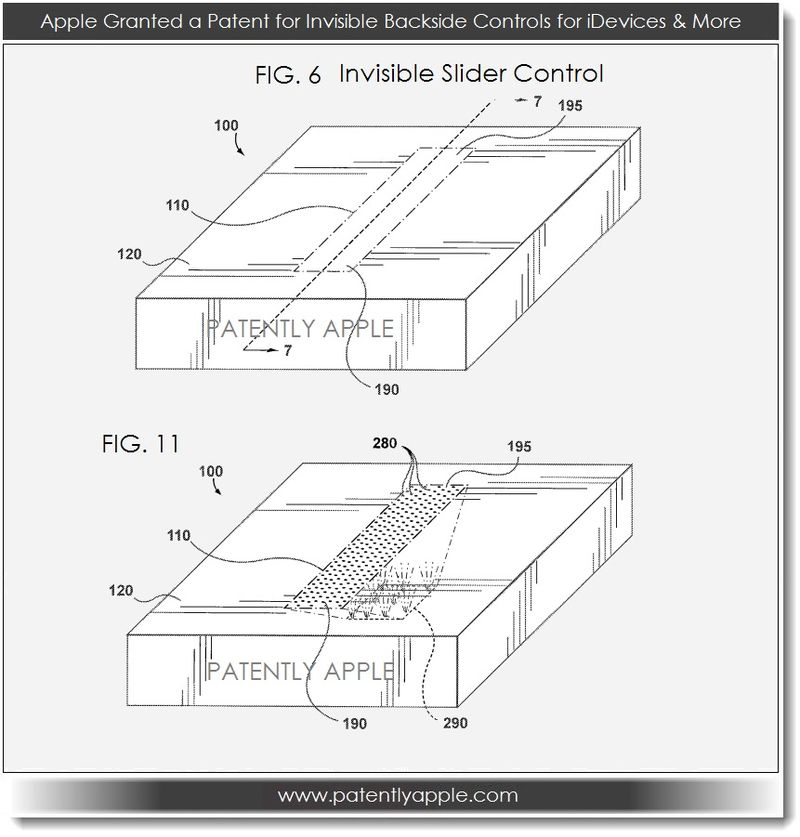 Apple's Invisible Controls Could be applied to many Future Functions

Apple's visible controls may be a contextual control, meaning that the function of control is dependent upon an operating state of the device such as when iTunes is active so as to control iTunes functions. In other implementations, invisible contextual controls (not shown) can be used to deactivate a camera, eject a disk or USB stick, or to illuminate the keyboard depending on the state of the MacBook. Even the entire keyboard of the MacBook can be replaced with an array of invisible buttons. In fact, all of the conventional keys, buttons, track pads, etc. on a MacBook or other electronic device can be replaced by invisible inputs according to the present invention. In this way, Apple states, "the truly seamless design has become a reality."

Considering that Apple's competition is upping the ante by providing new forms of controls for device functions like waving a hand over a smartphone interface to answer a smartphone, Apple's granted patent holds some potential for adding invisible controls for gaming, ebooks, iTunes and more. Whether Apple will ever bring this invention to market is unknown at this time.

Apple credits Omar Leung and David Amm as the inventors of this granted patent which was originally filed in Q4 2008 and published today by the US Patent and Trademark Office. To review today's granted patent claims and details, see US granted patent number 8,436,816.