Home Archives Contact Us Subscribe Twitter Facebook Patently Mobile
Apple is granted a Surprising Patent for Next Generation Lighting Adapters with Bendable Elastomers and Possible New iPad Dock
Is Apple in a Race with HTC for First Liquidmetal Smartphone? 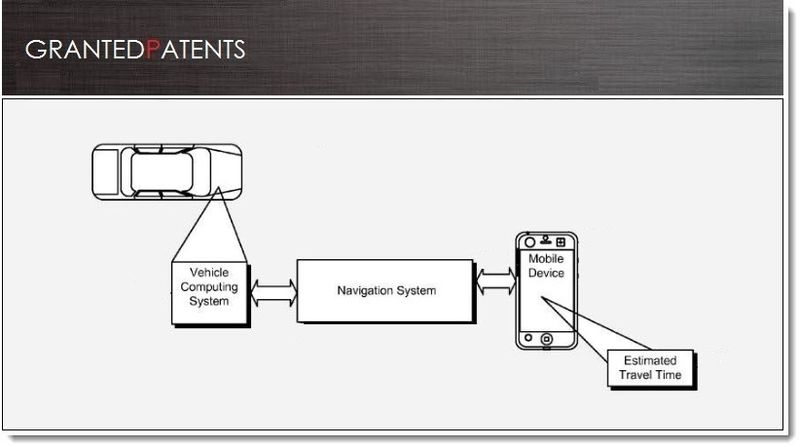 The US Patent and Trademark Office officially published a series of 36 newly granted patents for Apple Inc. today. In this particular report we cover a wide range of granted patents that relate to key iDevice features, functions and UI elements. Some of the iPhone patents directly relate to the original iPhone that the late CEO Steve Jobs introduced back in 2007. Our report concludes by providing you a list of 29 other patents that were granted to Apple today.

Apple has been granted two new multitouch related patents that have sweeping coverage of multitouch concepts and may be used in future infringement suits. One of the patent's background notes reminds us of a segment that was delivered during the landmark 2007 iPhone keynote by the late Steve Jobs. The segment reads as follows:

"Many conventional user interfaces, such as those that include physical pushbuttons, are also inflexible. This is unfortunate because it may prevent a user interface from being configured and/or adapted by either an application running on the portable device or by users. When coupled with the time consuming requirement to memorize multiple key sequences and menu hierarchies, and the difficulty in activating a desired pushbutton, such inflexibility is frustrating to most users."

I'm sure those that remember the keynote, remember Jobs pointing to smartphones not being very smart and that physical buttons and sub-menus made it difficult for users to operate mobile phones efficiently.

One of the patents that covers some of the magic that made the iPhone what it is began with a patent tilted: "Portable multifunction device, method, and graphical user interface for interacting with user input elements in displayed content." You could review this patent and its 26 patent claims under number 8,451,232. 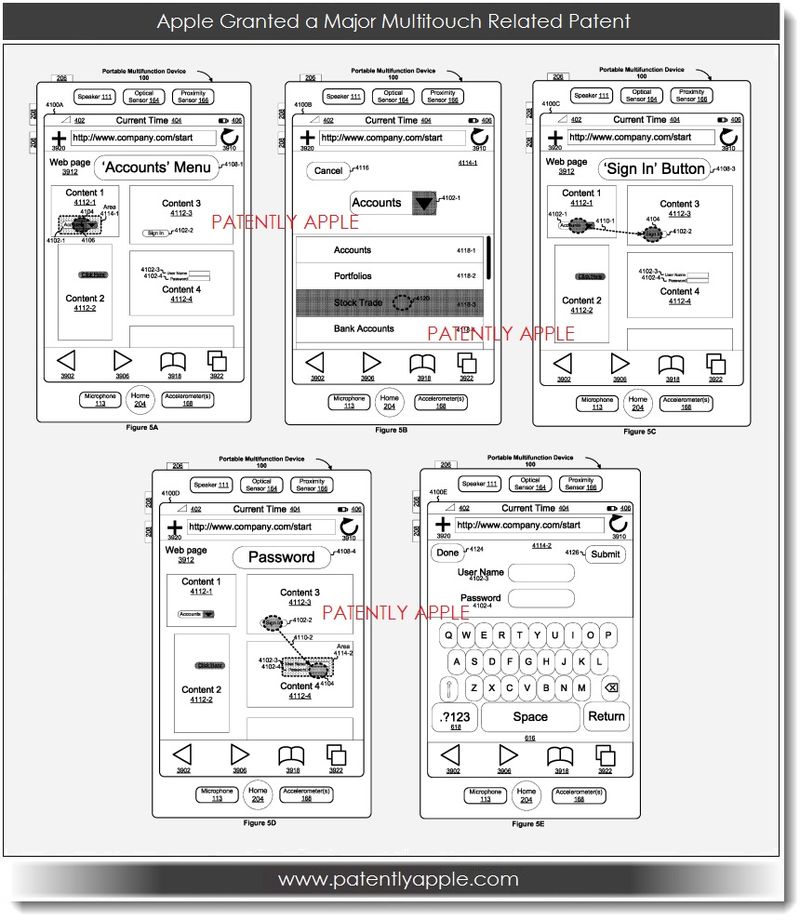 Apple's second granted patent relating to the original iPhone covers "Missed telephone call management for a portable multifunction device," under patent 8,452,342. The patent dates back to 2006 or about a year prior to the iPhone debuting. 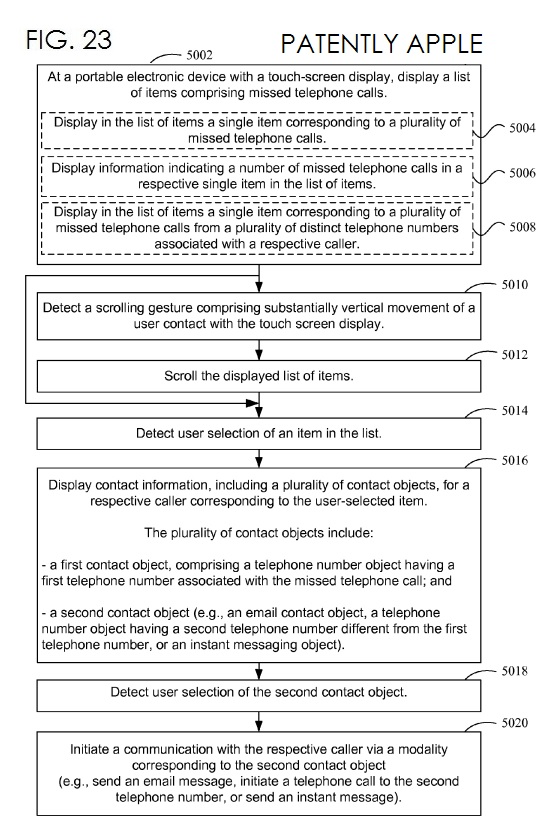 Apple has been granted a patent today for their invention relating to automatic iPhone speaker detection that will raise the volume of the iPhone speaker if it detects that the user has moved the phone away from their ear. Patently Apple originally covered Apple's patent application back in early 2010. You could read our report titled "Apple Reveals New iPhone Auto Adjusted Volume Control," for more details. 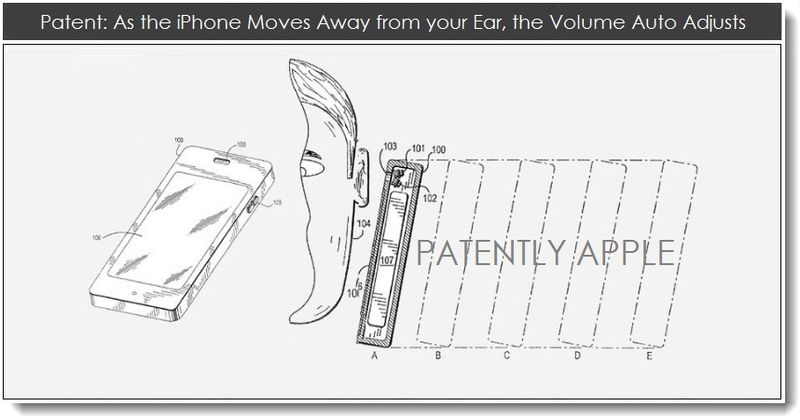 Apple has been granted a patent today for their invention relating to an adaptive navigation system for estimating travel times designed specifically for mobile devices such as the iPhone and iPad.

Features of the adaptive navigation system provides customized travel time estimates that take into account a user's driving habits, the characteristics of the vehicle being navigated, road conditions, seasonal conditions, traffic congestion and other factors, which cannot be accounted for by conventional statistical calculations based on data samples obtained from a test vehicle or device traveling the route. 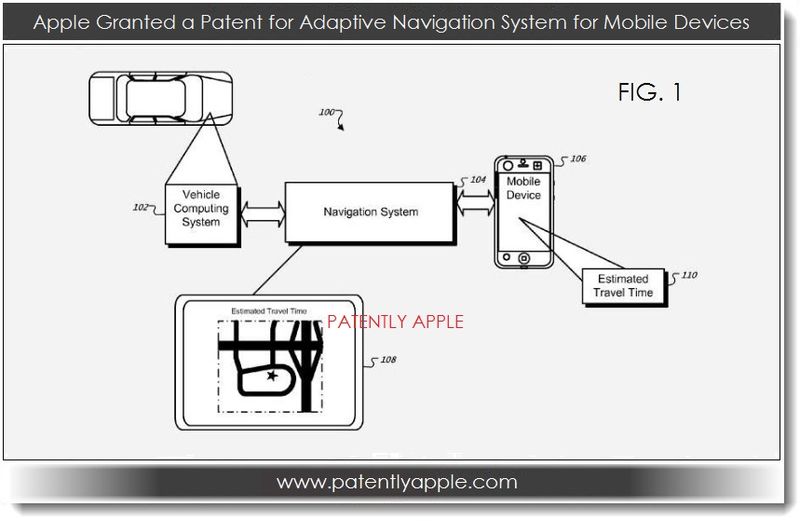 For more details on this, see Patently Apple's original patent report that was posted on July 16, 2009.

Apple has been granted a patent today for their invention relating to an iBook related 'Assisted Reader.' An iDevice for reading ebooks and other digital media items combines a touch surface electronic reading device with accessibility technology to provide a visually impaired user more control over their reading experience. In some implementations, the reading device can be configured to operate in at least two modes: a continuous reading mode and an enhanced reading mode. 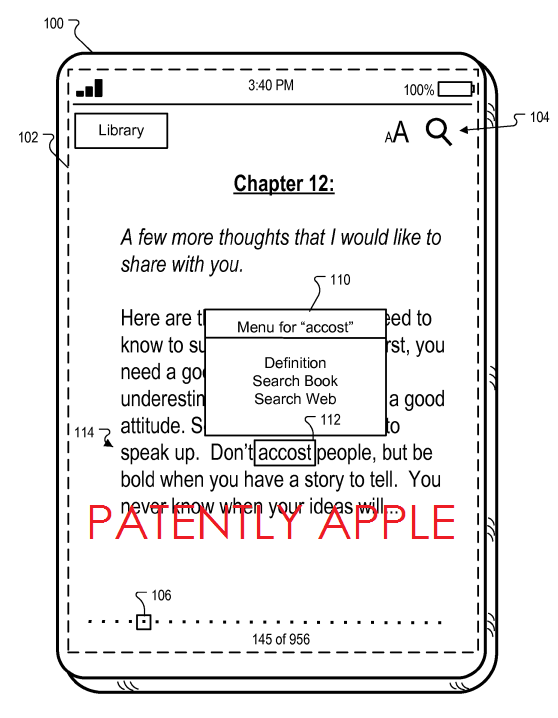 Apple credits Christopher Fleizach as the sole inventor of this granted patent which was originally filed in Q3 2010. To review Apple's 36 patent claims, see patent 8,452,600.

Apple has been granted a patent for "Switching Cameras during a Video Conference of a Multi-Camera iDevice." Apple's granted patent relates to a method for conducting a video conference between two iDevices. 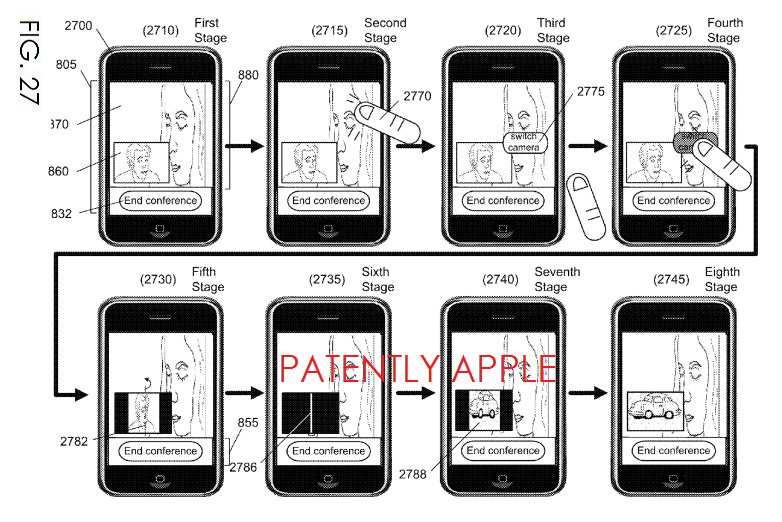 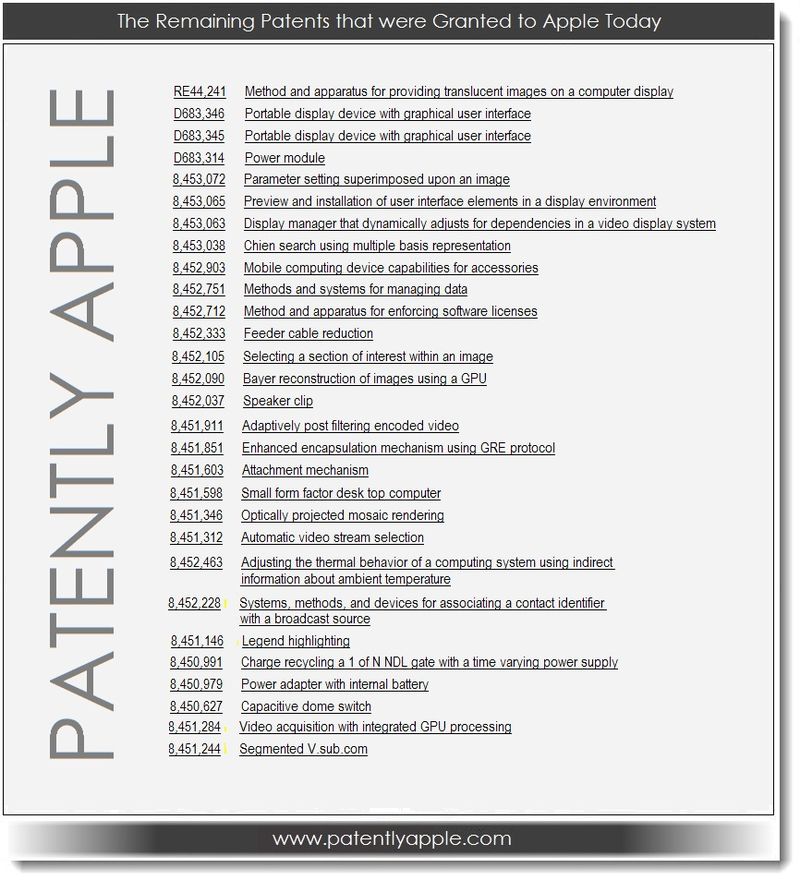