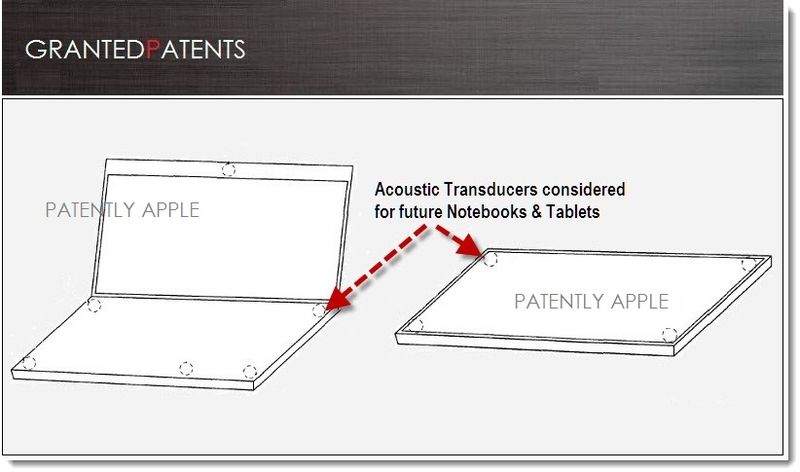 The US Patent and Trademark Office officially published a series of 35 newly granted patents for Apple Inc. today. In this particular report we first cover Apple's granted patent which discusses how acoustic transducers could one day be configured to accept acoustic commands that consist of tapping, scratching and other interactions with a surface of an iPad, iPhone or MacBook Pro. Our report concludes with a list of the remaining patents that were granted to Apple today.

Apple has been granted a patent today for their invention relating to acoustic sensors and, more particularly, to implementing acoustic sensors that use a surface of an electronic device housing as an input. Patently Apple first covered Apple's original patent application back in February 2011 which also provided a video to illustrate the work being done on this budding technology. 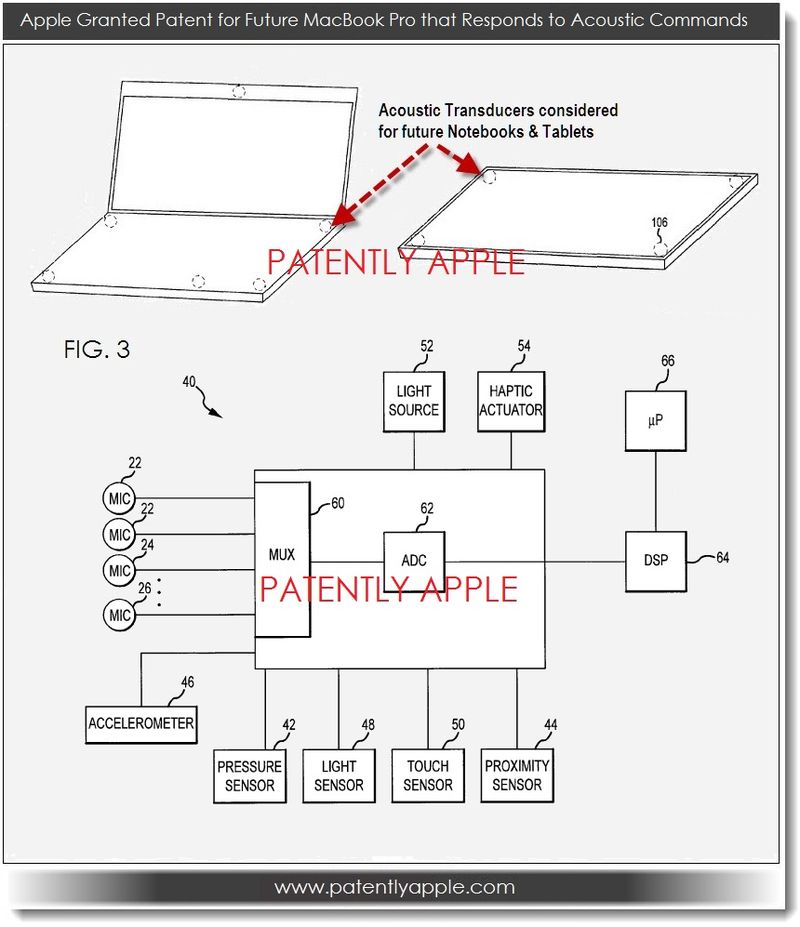 Apple credits Aleksandar Prance, Nicholas King, Duncan Kerr and Brett Bilbrey as the inventors of this granted patent which was originally filed in Q3 2009 and published today by the US Patent and Trademark Office. To review today's 17 granted patent claims and details, see US Number 8,441,790. 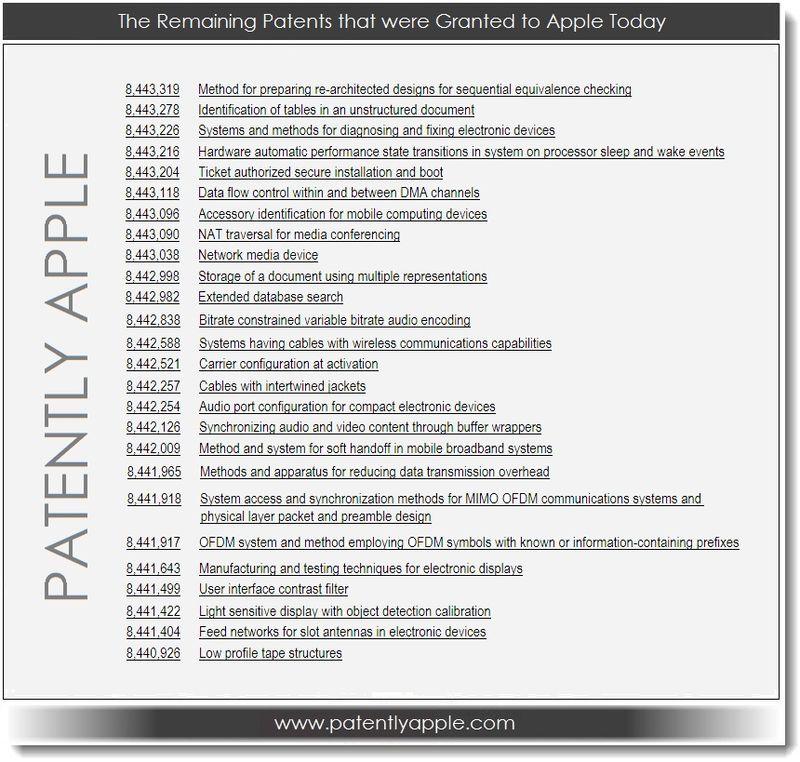 (Click on the Graphic to Enlarge it for Easy Viewing)