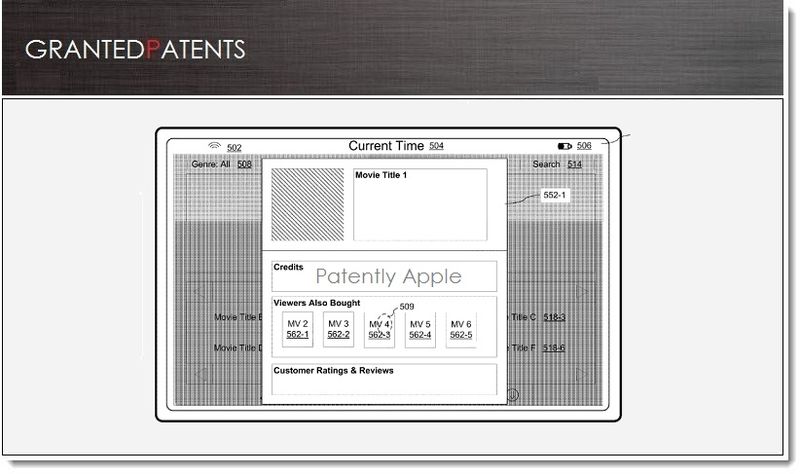 The US Patent and Trademark Office officially published a series of 34 newly granted patents for Apple Inc. today. In this particular report we cover Apple's granted patent relating to iTunes for iOS based devices and specifically the upgraded "Movie" section of iTunes. The second granted patent that we highlight is Apple's iDevice magnetometer that relates to their iOS "Maps" application. To top off our report we provide with a full listing of the remaining patents that were granted to Apple today.

Apple has been granted a patent today for their invention relating to their latest iOS interface for iTunes presented on multitouch devices. Apple states that "Such methods and interfaces reduce the cognitive burden on a user and produce a more efficient human-machine interface. For battery-operated computing devices, such methods and interfaces conserve power and increase the time between battery charges." The focus of the patent is on the updated "Movie" section of iTunes for iOS. 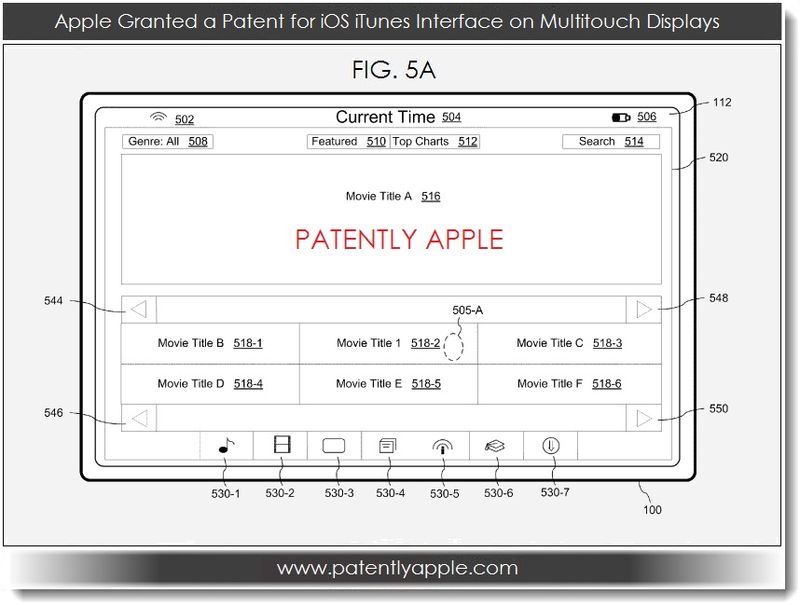 Apple notes that multifunction devices with displays and touch-sensitive surfaces are provided with faster, more efficient methods and interfaces for navigating through multiple viewing areas, thereby increasing the effectiveness, efficiency, and user satisfaction with such devices. Such methods and interfaces may complement or replace conventional methods for navigating through multiple viewing areas.

Apple credits Elizabeth Cranfill and Stephen Lemay as the inventors of this granted patent which was originally filed in Q2 2010 and published today by the US Patent and Trademark Office. To review today's 23 detailed granted patent claims and details of this invention, see US Number 8,438,504.

In general, magnetometers are used in Apple's iDevices in relation to the iOS "Maps" application. 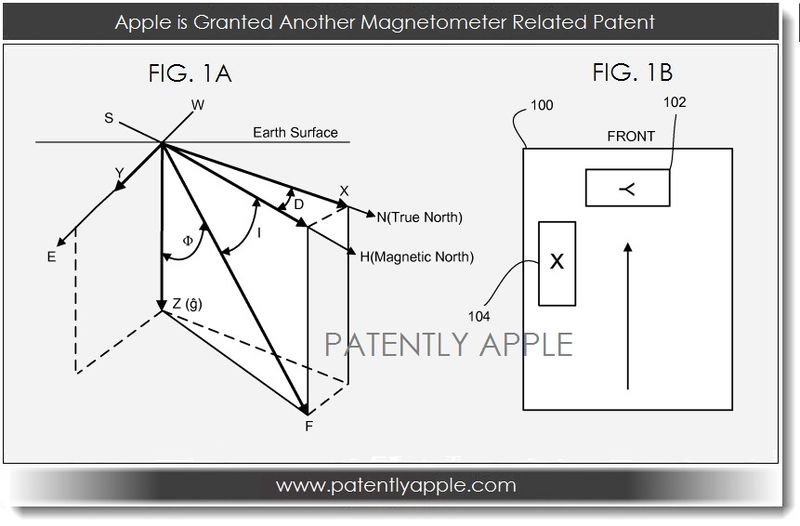 Apple credits Robert Mayor, Ronald Huang and Patrick Piemonte as the inventors of this granted patent which was originally filed in Q2 2009 and published today by the US Patent and Trademark Office. To review today's 15 granted patent claims and details, see US Number 8,437,970. 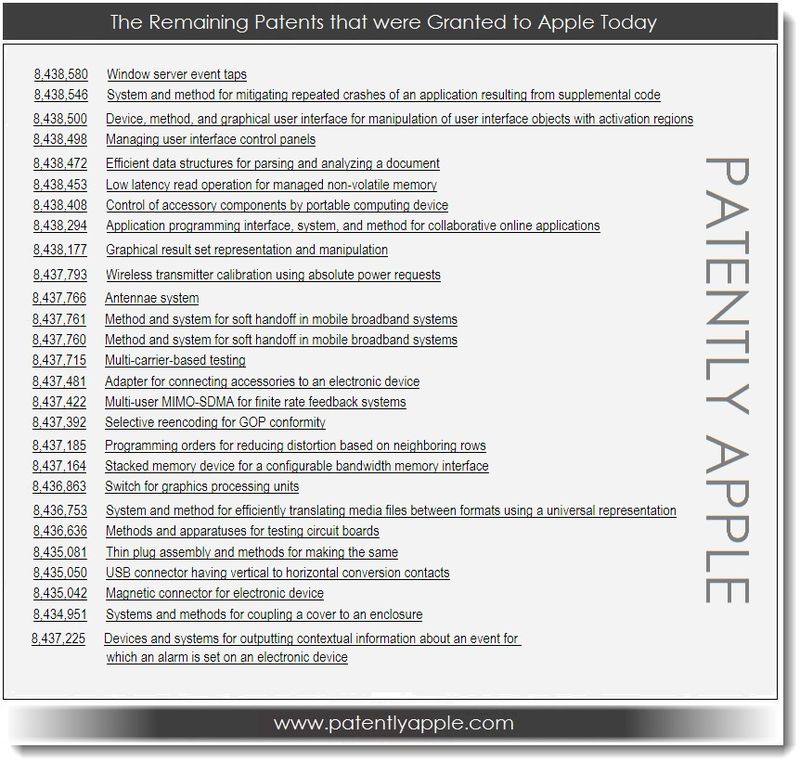