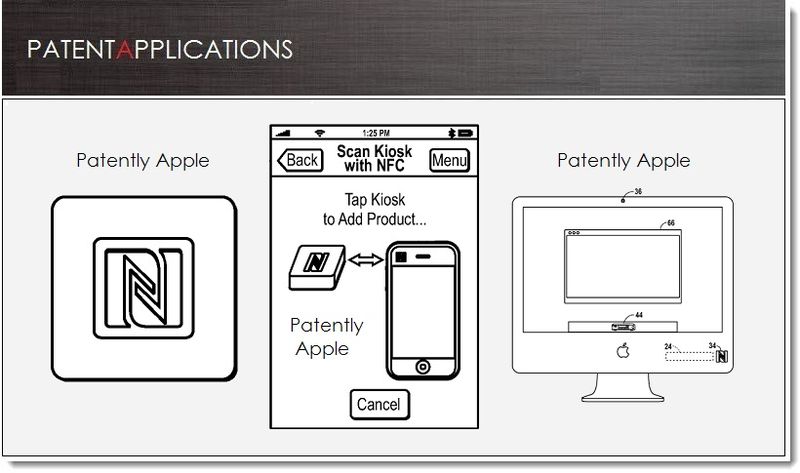 On May 2, 2013, the US Patent & Trademark Office published a patent application from Apple that reveals that they're once again advancing their NFC project which began back in 2008. Apple has established a firm foundation for future NFC applications ranging from shopping, banking and everyday interconnectivity with other devices in the home, with a friend or retailer. Today's patent application relates to establishing an NFC session. Our report also provides a list of eight other patent filings for the techies in our community.

In the 2008-2010 timeline, Apple introduced a number of Near Field Communication (NFC) centric patent applications covering everything from Tickets to iTravel and much more. On September 12, 2012 Apple's VP of Worldwide Marketing Phil Schiller stated that "It's not clear that NFC is the solution to any current problem." And yet as he was making that statement, Apple's engineers were actually finishing up a new NFC patent application that they filed in October 2012 which was published by the US Patent and Trademark Office today. 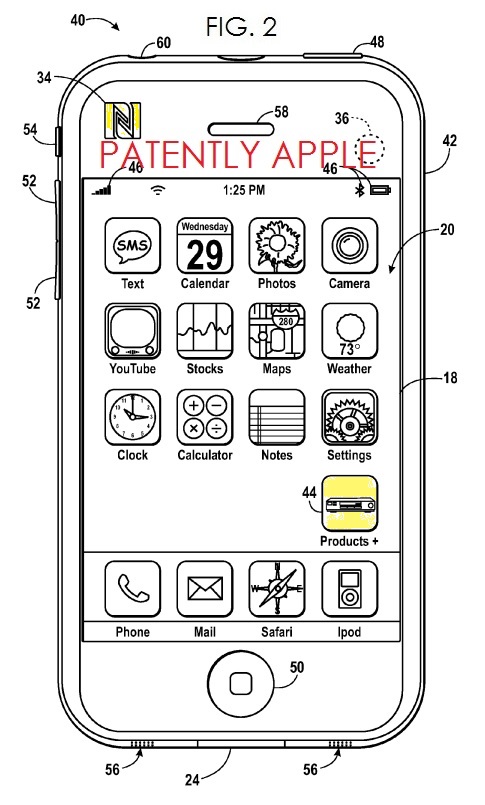 Although the vast majority of the patent figures and general overview of today's patent application were covered back in 2009 and 2010, Apple's latest NFC related patent carries a new and distinct focus relating to establishing an NFC session.

The Two Major Patent Claims that Distinguish this Patent Application

Apple's first major patent claim to note is that of Claim #1 which covers a method:

Apple's second major patent claim to note is that of Claim #18 which covers a system:

Apple's previous NFC patents that we noted earlier don't have claims relating to "a system." Before there was ever a Samsung Galaxy phone, there was Apple's patent covering an exchange of data between two devices using a simple tap process as noted above in patent FIG. 12F. This was first introduced back in Apple's 2009 patent filing noted earlier.

Apple's patent filing states that "Additionally or alternatively, the product may include an NFC interface, which may provide similar functionality to the RFID tag." Elsewhere Apple mentions Sony's "TransferJet" technology as another short range wireless standard that could be used.

Yet if Phil Schiller's statement is to stand, then Apple could always introduce a proprietary standard instead of using NFC. This is very possible considering that such an alternative popped up in a recent granted patent. The new standard revealed an advanced digital handshake technology that included an added level of security that may be more viable than NFC for such things as a digital wallet or iWallet. Time will tell which technology Apple will use. For now, Apple's latest patent application covers a new method and system for establishing an NFC session.

Apple credits Lin Gloria and Michael Rosenblatt as the inventors of this patent application which was originally filed under serial number 660990 in Q4 2012. If you've never read up on Apple's NFC patents before, you could always check out our iWallet and NFC Archives to get up to speed.

While not all patent applications from Apple reveal hot new consumer products, there are some others that real techies and engineers like to read about. Here are a few of these patents that were published today by the US Patent and Trademark Office:

About Batteries, Again: Another news site is reporting today that an Apple Battery patent points to new product designs. Yet this is old news as this was first reported on in January 2012 under our report titled "Apple to Redesign Battery Shapes for Future, Thinner Devices." Apple's follow-up patents that were published today are noted as "Non-Rectangular Batteries for Portable Electronic Devices" under patent application 20130108906), and "Curved Battery Cells for Portable Electronic Devices" under patent application 20130108907.

20130106874: Enabling Display Commands from an Electronic Device to an Integrated Display on a Computer System.

20130110447: Systems and Methods for Testing a Peripheral Interfacing with a Processor