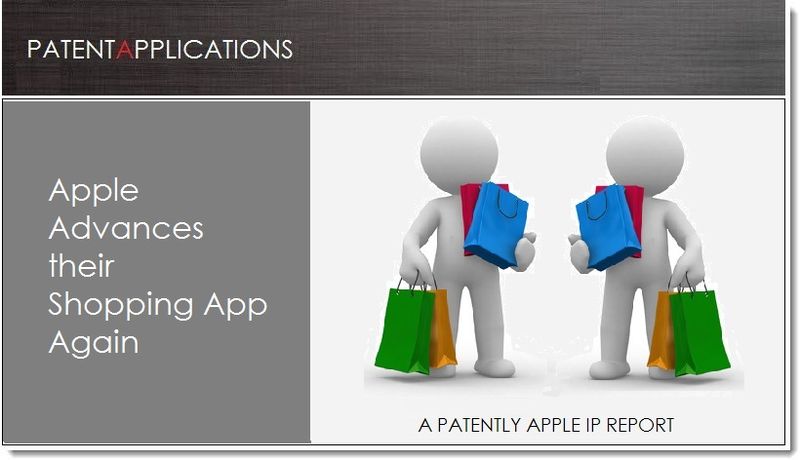 On May 16, 2013, the US Patent & Trademark Office published a patent application from Apple that reveals their ongoing work with their future "Shopping App." Apple first revealed an extensive patent filing for NFC as it related to "Shopping" back in 2010 as a companion app to their future iWallet. Just like Apple's Passbook keeps gift cards, coupons, tickets and passes into an organized app, Apple's iWallet is likely to contain another round of things that relate to their financial app and the "Shopping" feature is just one. Last week's update to the Shopping app focused on methods of setting payment option preferences and more. Today's patent application adds at least five major aspects to the "Shopping" apps patent claims. The base of the patent doesn't change much if any. It's all about securing key aspects of the invention that Apple wants to protect, just in case they have to go court over it in the future.

Apple adds this particular patent claim which states that the handheld electronic device of claim 26, wherein the input device comprises a near field communications device. 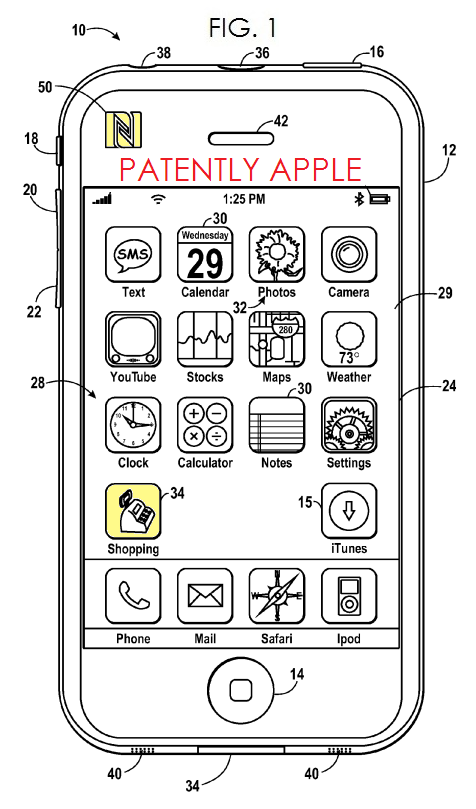 Apple credits Andrew Hodge, Michael Rosenblatt, Amir Mikhak, Gloria Lin, Taido Nakajima as the inventors of patent application 20130124319 which was originally filed in Q4 2012. Considering that this is a patent application, the timing to market of such an Apple product is unknown at this time.

Client-Server Version Control System for Software Applications: Apple's invention relates to computers and computer networks and more particularly to maintaining compatibility between versions of distributed computer software applications, especially those relating to security of content such as DRM. Review

Tool for Navigating a Composite Presentation: Apple's invention reveals a great number of new features relating to iMovie and Final Cut Pro may be on the way, including a novel navigation tool. Review

Security and functionality must be perfect for a mobile payment system. Google doesn't care if Android users have their information hijacked by third parties, or if its customers deal with a half baked product for 1-2 years, until Google gets it kind of right. Google only looks innovative because its products are terrible when they are first released. Google unveils all of its products in an incomplete beta form. This is dangerous, stupid, puts consumers at risk. Apple understands the significance of security on devices that manage a persons credit card information or private information, and life. I suspect Apple has perfected an new NFC technology, that is secure 100 percent of the time, and will unveil it later this year. If Apple wants a winning marketing campaign, all it needs to do is introduce an Android vs IOS campaign that focuses on security and privacy.