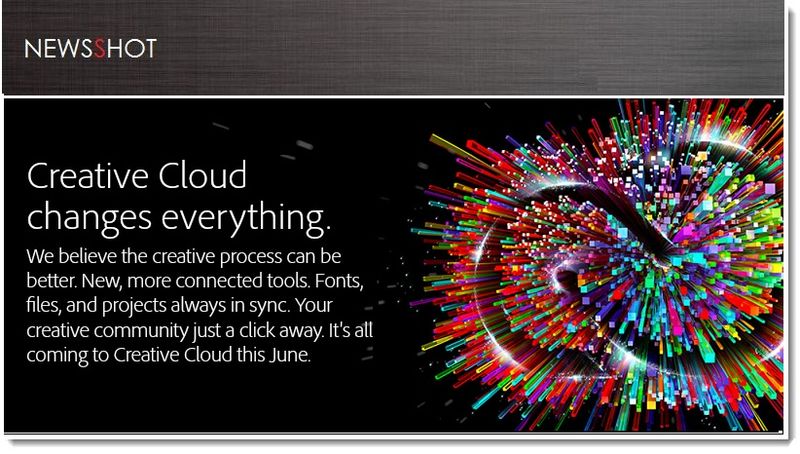 According to the Wall Street Journal, Adobe Systems has officially decided to pull the plug on most of their packaged-software business and double down on delivering its popular design tools through the online service they introduced a year ago called "Adobe Creative Cloud. Adobe, known for their industry leading graphics software for illustrators, photographers and publishers believes that creative professionals prefer features of the online service including the fact that it is constantly updated with new features.


As part of the cloud strategy, Adobe is adding the letters CC to popular products such as Photoshop CC, to make clear they are integral to the Creative Cloud. It also plans to make several improvements to store, synchronize and share content inside its cloud along with discount pricing to appeal to users of its packaged software and newcomers as well.

Adobe is offering existing Creative Suite customers discounts of about 40% on the first year of service. After that an annual contract costs $50 a month for individuals.

The exception to their plan appears to be their Creative Suite 6.0 which will still be offered off-the-shelf at retailers for a little while longer.

You could view an introduction video and learn everything about Adobe's new Creative Cloud right here. 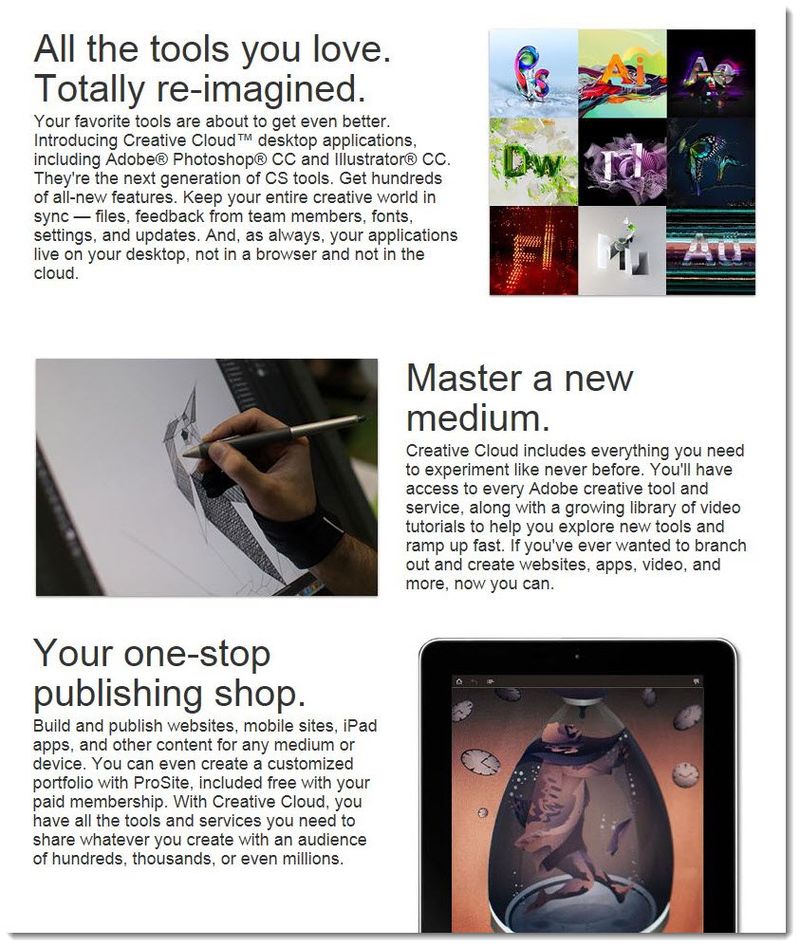 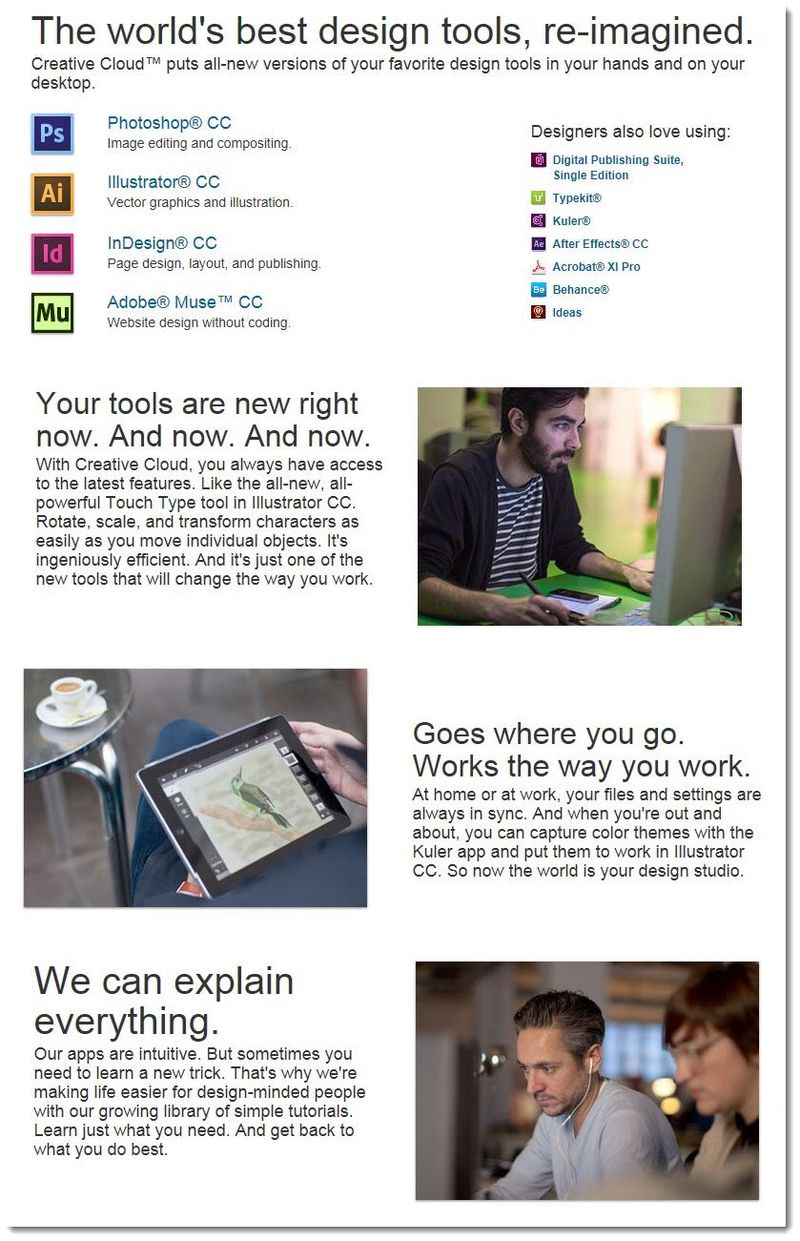