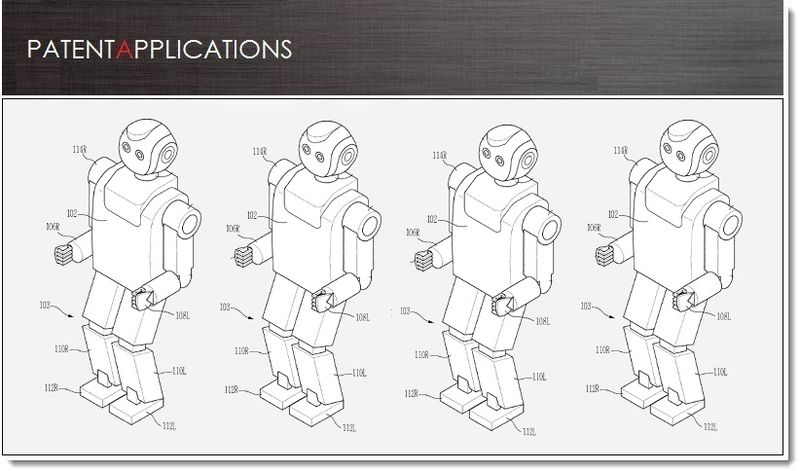 One of Samsung's latest patent applications reveals various aspects of their ongoing work with walking motions for next generation robots. What the patent doesn't tell you is that Samsung is creating an army of their next generation D-Copycat robots that will incorporate a Siri-like feature.


The rumor associated with this patent filing is stating that Samsung's next generation robots are stuck on certain phrases at the moment which may force Samsung to scrap their latest project.

The Rumor continues to state that Samsung is so disappointed with their Siri-like copycat feature that they're now preparing a brief to bring before Judge Kohhh that is designed to nullify Apple's Siri patent so that they could legally clone its technology. What will they think of next? I can't wait.

Samsung's walking control patent can be viewed here. It was filed in September 2012 in the US and a year earlier in Korea. The humor is free of charge and two days late (belated April Fools)

If you were able to train Samsung's brainless Robot to speak, what would you train it to say?