New Handy iOS Stats that you'll like at a Glance 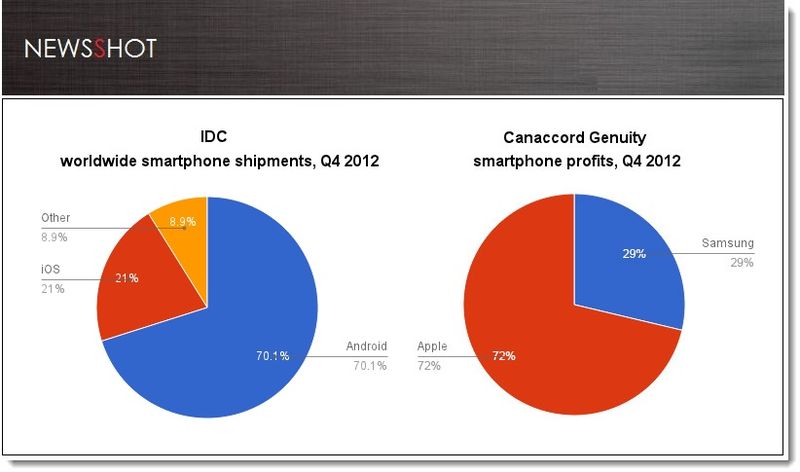 A new report out this morning will have both iOS and Android fans delighted. Instead of making an argument for either side based on a single data point at a time, we're able to now see several data points where iOS and Android really square off on. Our report pulls together the best iOS stats in one handy graphic that you can keep on hand when you're squaring off with your buddy who owns an Android phone. All in all, the stats in my view still favor Apple where it matters. The one stat that honestly floored me was the one that showed how well Apple's iOS is doing in business. It was pretty impressive. 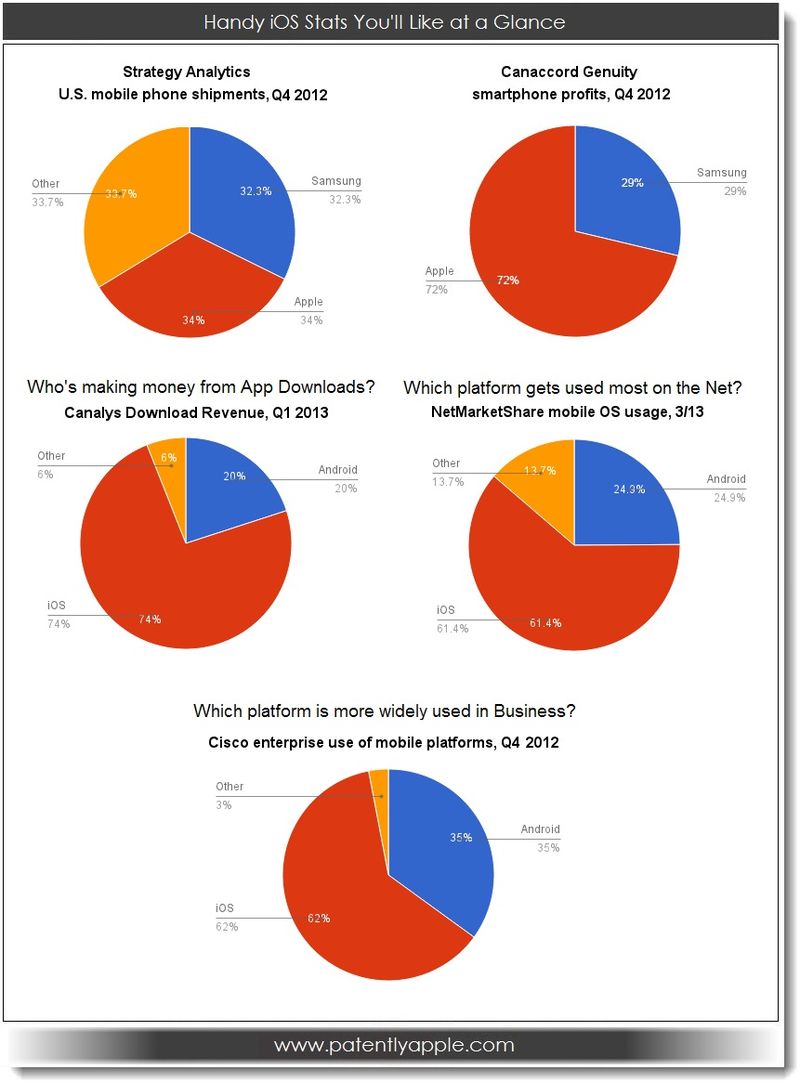 Of course there were some Android stats that kicked Apple's butt but good, like the one that we show in our cover graphic. On a worldwide scale, Android trounces iOS with a 70% market share. I'm sure Apple knows this inside out and why they're now focusing on new markets like India to drive iOS market share globally.