Apple's iPad saw its first month-over-month gain in Web traffic share since December, marking an end to the decline which began with the December holiday season. Apple's iPad users generated 81.9% of US and Canadian tablet Web traffic in March, a 1.4% basis points increase since February.

A new study out by Chitika was conducted by sampling tens of millions of U.S. and Canadian tablet ad impressions running through the Chitika Ad Network. The data used to compile current market share was drawn across the time range of March 15th to March 21st, 2013. The historical data in the charts below is drawn from Chitika Insights' January and February tablet market share reports. 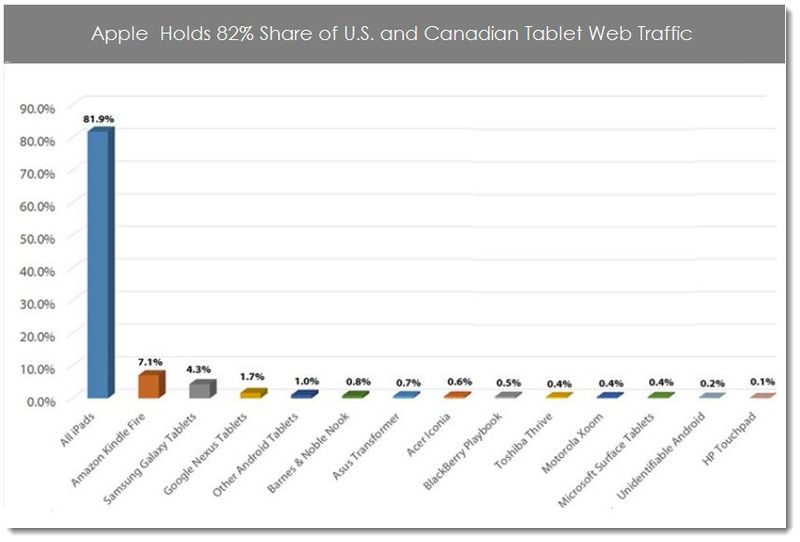 When it comes to Android tablets, Amazon's Kindle Fire saw a slight decline in traffic share, with the Web usage from its family of Fire devices dropping 0.9% basis points to 7.1% of all Tablet-based Web traffic. Google Nexus and Samsung Galaxy devices each posted slight, 0.1% share gains. (Click on the graphic to enlarge it.) 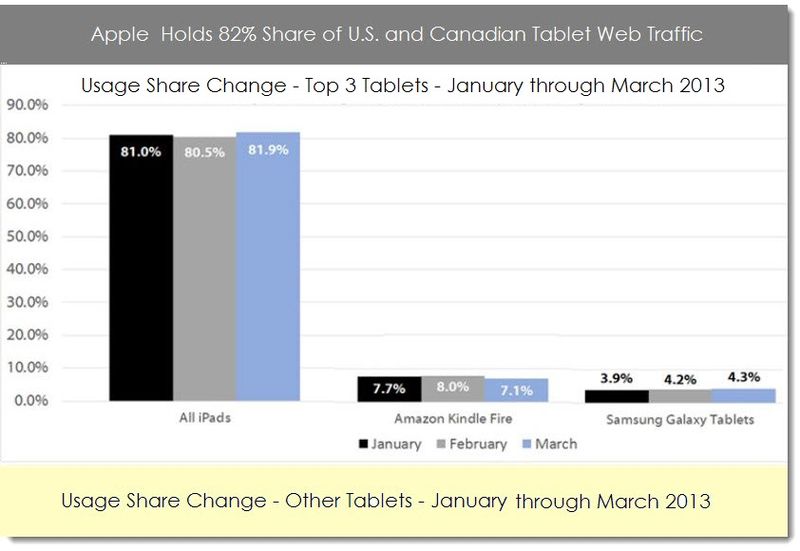 The charts speak for themselves: Apple's iPad is still crushing the competition. You can obtain the full study from Chitika.

Other Apple Stats worth Noting