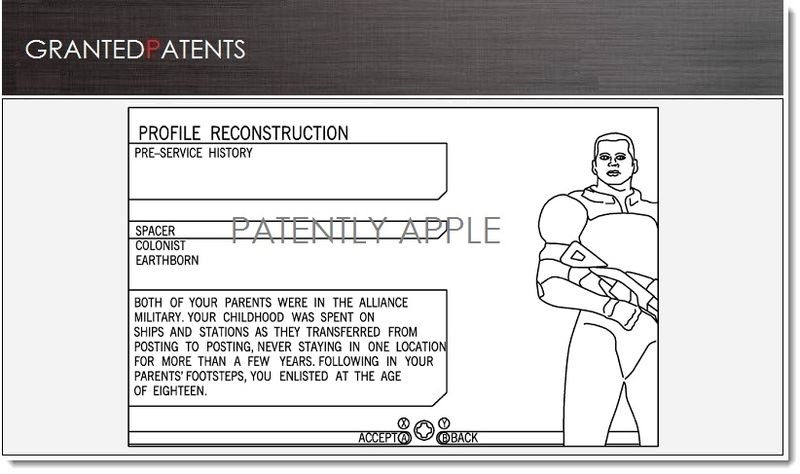 The US Patent and Trademark Office officially published a series of 54 newly granted patents for Apple Inc. In our first granted patent report of the day we cover Apple's wild invention relating to the creation a comic book from video game play and two design patent wins.

Apple has been granted a patent today for their invention relating to systems and method for generating a book, e-book, or comic book from data recorded from a videogame. 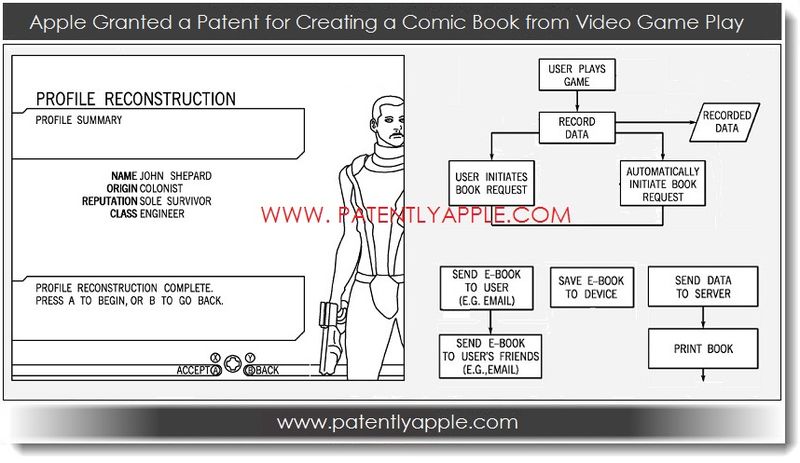 Apple credits Eric Hope as the sole inventor of this granted patent which was originally filed in Q1 2009 and published today by the US Patent and Trademark Office. For more details, see Patently Apple's August 2010 report titled "Apple App will create a Comic Book from Your Video Game Play."

Apple has been granted two design patents today which cover the now defunct iPad keyboard dock and an iPad component. 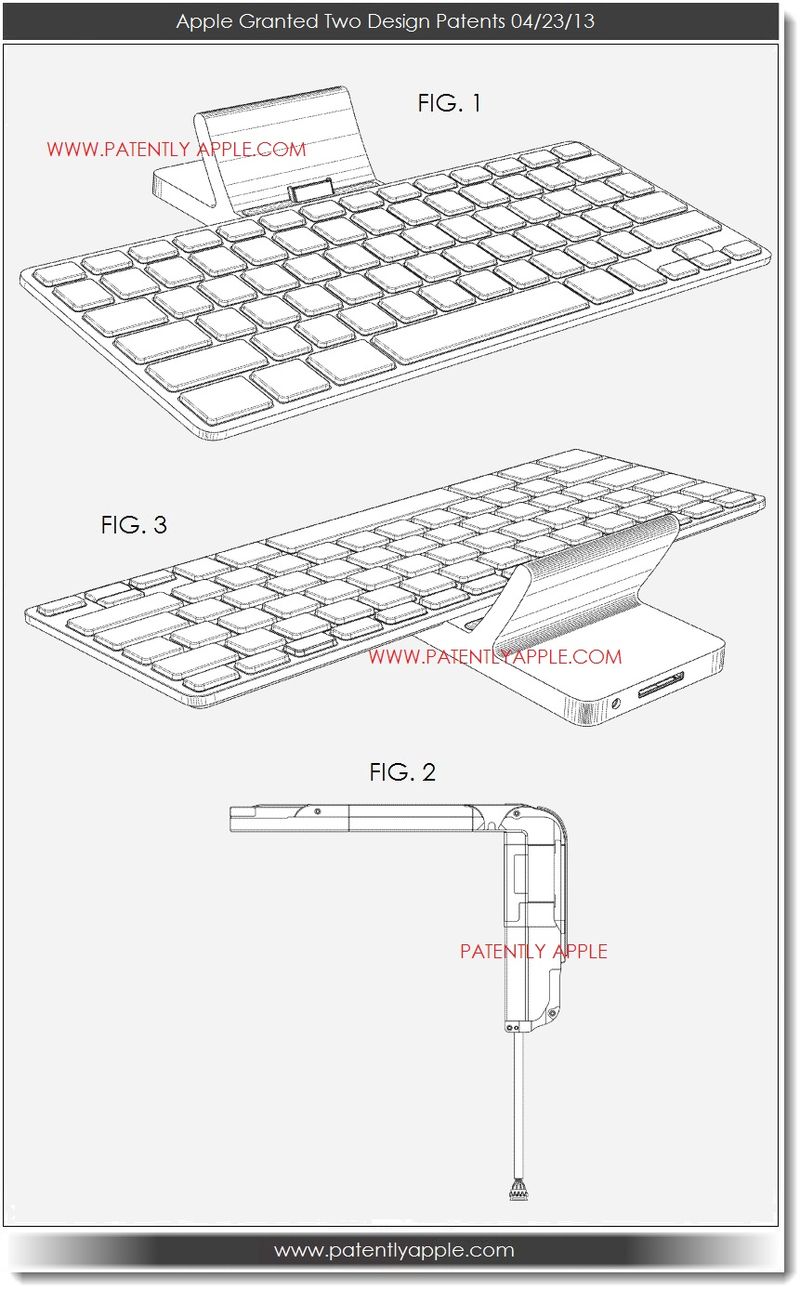 Under "other references" for the iPad component, Apple lists an odd one that states the following: "Apple's Reply in Support of its Motion for a Preliminary Injunction (Redacted), p. 11, Apple Inc. v. Samsung Electronics Co., Ltd., United States District Court, Northern District of California, San Jose Division, Case No. 11-cv-01846-LHK, dated Oct. 13, 2011, 38 pages total cited by applicant." What this has to do with this iPad component is unknown at this time."