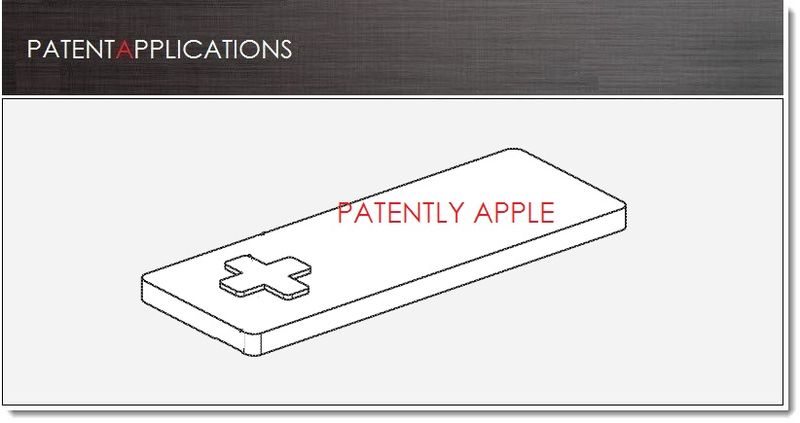 During Apple's financial conference on Tuesday afternoon, Apple's CEO Tim Cook stated that Apple had new categories of products in the pipeline for the end of the year and throughout 2014. It was three years ago to date that Apple first hinted at a gaming console and controller. Well today, one of Apple's published patent filings revealed new pivoting buttons that may be coming to future iDevices. The exciting aspect to this is that there are two specific example button designs for a game controller that they have in mind. The first gaming button is noted in our cover graphic above while the second gaming button is presented in our report. The designs are about the buttons and not the look of a full game controller. This is the first big hint that Apple may be closer than we think to a gaming console or at least a game controller for a gaming version of Apple TV. I love video gaming and this news put a smile on my face. Come on Tim – get it out the door for Christmas. We're all cheering you on.

The operation of a conventional push-type mechanical button generally entails a linear displacement of the button by force. The displacement of the button may actuate one or more sensors (e.g., a switch), which may in turn cause an electrical signal to be transmitted. Specifically, the linear motion of the force on the button is transferred linearly to a sensor. For example, when an "up" volume button is pushed on an electronic device such as a cell phone or a music player, the button may actuate a sensor that in turn transmits a signal to the device's processor in order to increase the volume for the device. 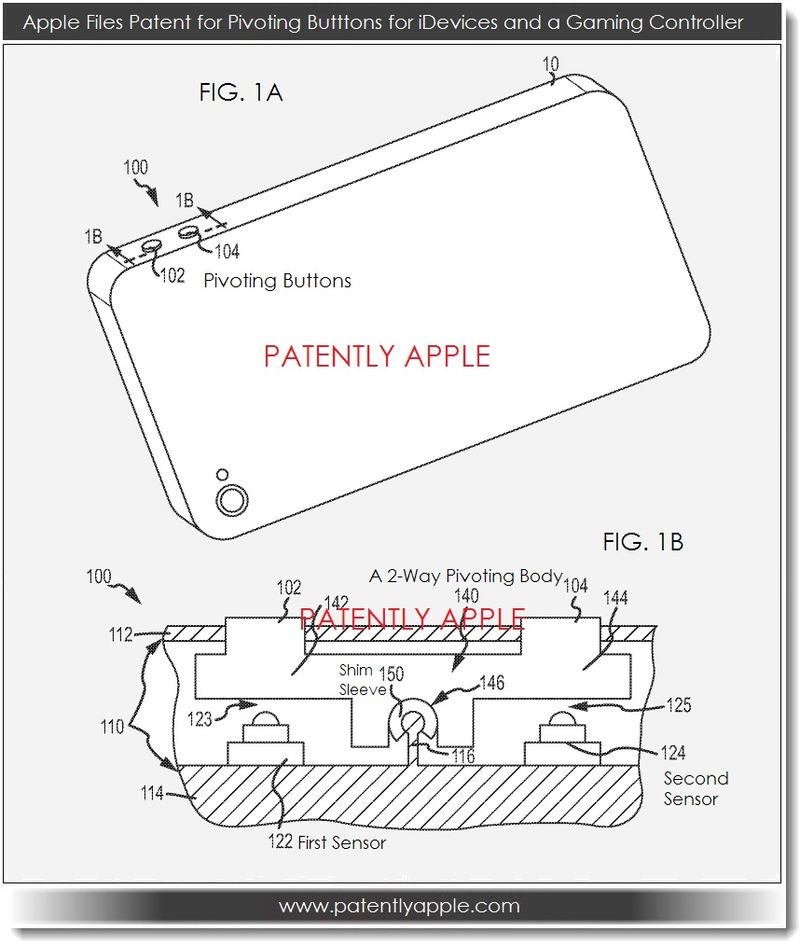 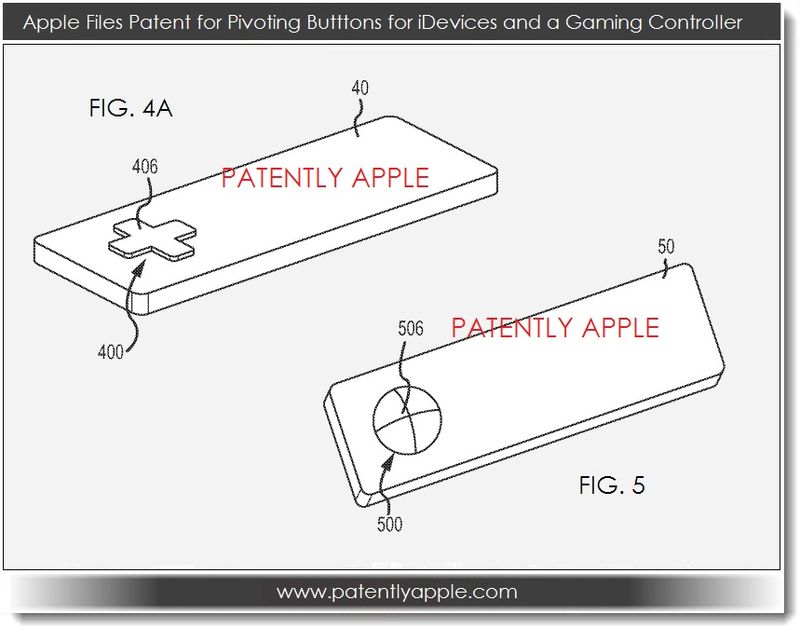 Apple credits Mechanical Engineer Tyson Manullang and Teodor Dabov as the inventors of this patent application which was originally filed under serial number 280747 in Q4 2011. Considering that this is a patent application, the timing to market of such an Apple product is unknown at this time.

For the record, here's Tim Cook's specific reference to new product categories in the plural: "We will continue to focus on the long-term, and we remain very optimistic about our future. We are participating on large and growing markets. We see great opportunities in front of us, particularly given the long-term prospects of the smartphone and tablet market, the strength of our incredible ecosystem, which we plan to continue to augment with new services, our plans for expanded distribution, and the potential of exciting new product categories."