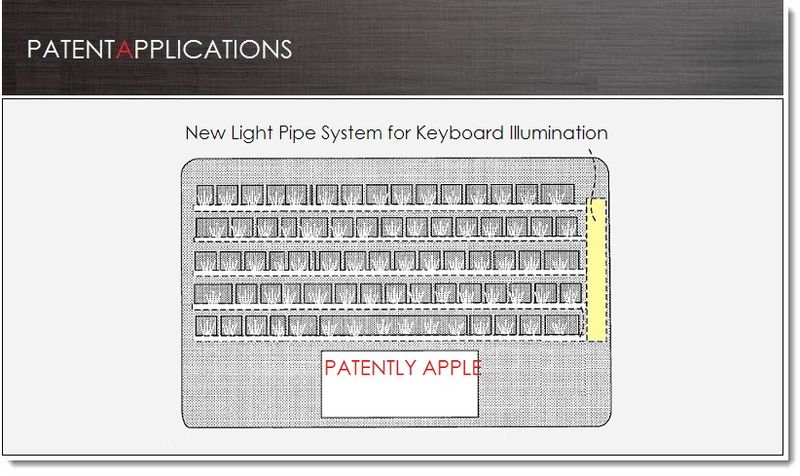 On April 25, 2013, the US Patent & Trademark Office published a patent application from Apple that reveals a new In-Plane Keyboard Illumination system designed to allow future MacBooks to be even thinner. Apple's engineering teams are always pushing the boundaries of industrial design to deliver the very best products in the marketplace.

While many designs and techniques used with respect to illuminated keyboard assemblies have generally worked well in the past, there is always a desire to provide further designs and techniques for illuminated keyboards. In particular, what is desired are improved keyboard assemblies that provide for an aesthetic backlighting type illumination of the keyboard in low light conditions without sacrificing any thickness in the keyboard.

Apple's invention generally relates to providing a keyboard for a personal computer, laptop, or other similar device, with such a keyboard being illuminated yet as thin as possible. This can be accomplished at least in part through the use of alternative keyboard lighting arrangements that utilize illumination sources in the same plane as the keyboard keys, with the light therefrom being delivered to illuminate the keys by way of light pipes located within or alongside a webbed structure that runs between the keys.

In some embodiments of the present invention, a keyboard includes a plurality of keys arranged in a pattern contained within a plane, a webbed structure surrounding the keys and defining openings for each of the keys, an illumination source located along at least one side of and within the same plane as the pattern of keys, and one or more light pipes positioned along the webbed structure and arranged to deliver light from the illumination source to the keys, wherein each of the plurality of keys is illuminated thereby. Each of the plurality of keys can include a keycap and an actuating component, such that the key can be depressed by a user. 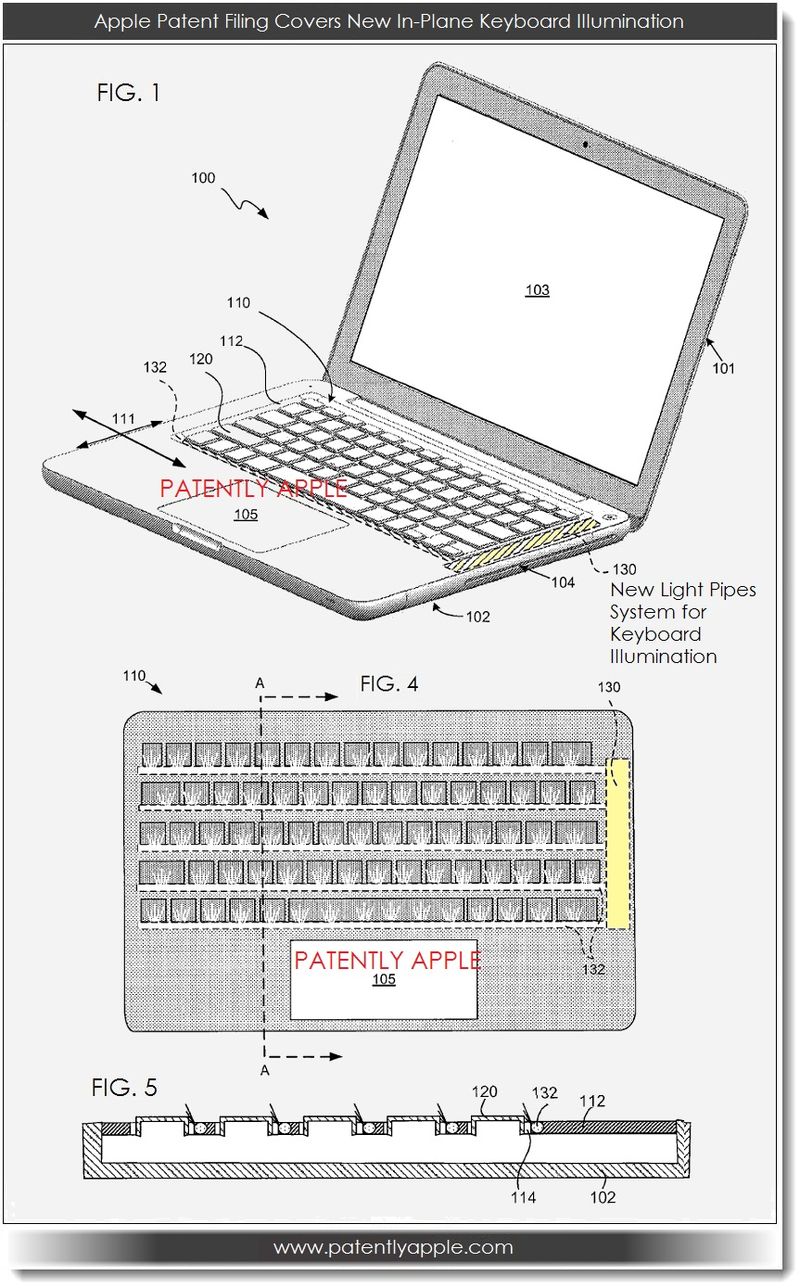 It should be noted that the US Patent and Trademark Office did in fact publish a series of 15 older continuation patents today dating back to between 2004 and 2011. The continuation patents listed below are specifically referenced as such under the section titled "Cross-Reference to Related Applications."

Generally speaking, this type of patent application contains modifications that Apple's legal team have made to the original patent claims in an effort to have the US Patent Office finally approve their invention. In general continuation patents don't represent any new developments from the original patent filing. Some websites mistakenly report on continuation patents as if they were new Apple filings to which they are not.

Here are the older continuation patents that were published today by the US Patent Office: