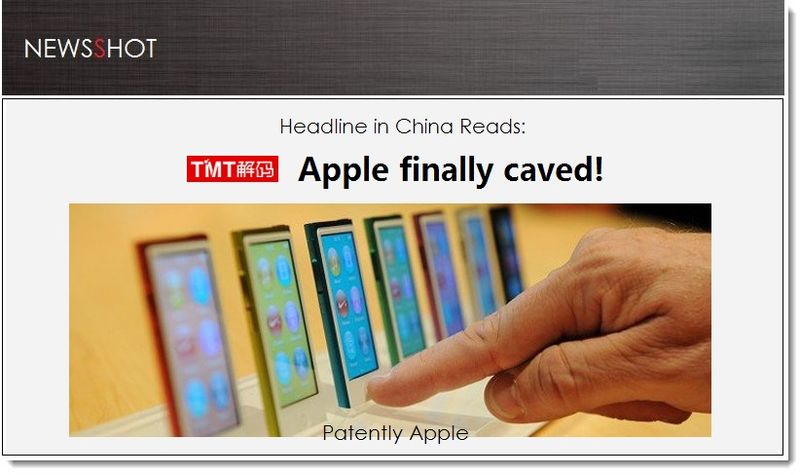 The Chinese state media began its open criticism of Apple about its lack of response to warranty complaints about a week ago. The People's Daily even ran a front-page piece calling Apple "arrogant" in dealing with Chinese consumers, saying Apple ignored customers and offered sub-par customer service. Today, Apple has posted a letter of Apology to their Chinese customers who have had problems with Apple's service regarding the iPhone 4 and 4S specifically. Apple lays out four major service changes that they're committed to delivering. 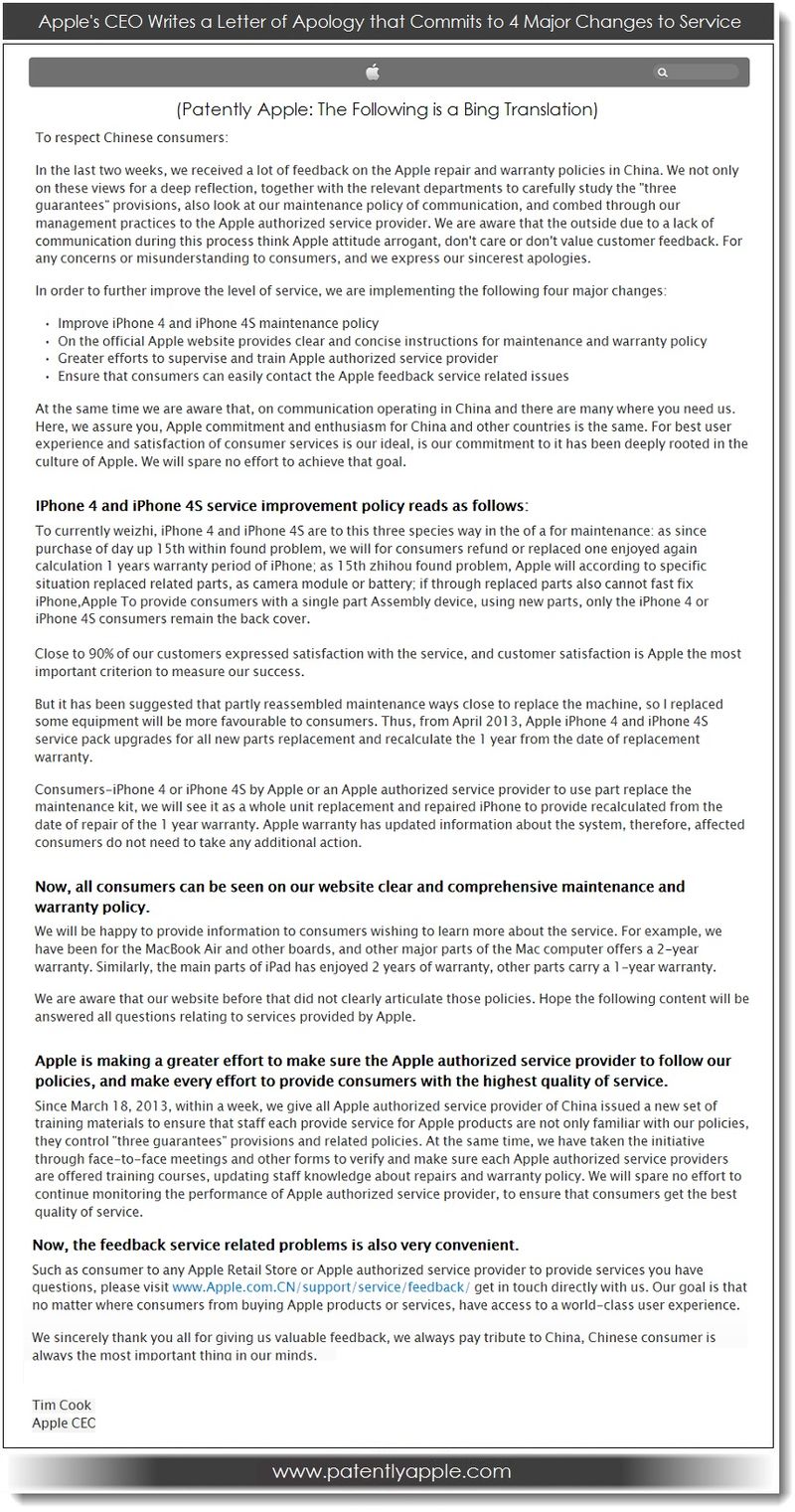 Ars Technica's Jacqui Cheng was first to notice the original apology issued by Apple earlier today on their Mainland China website. The rough translation above is based on Bing's Translation.

Update 3:25 MST: The headline reaction from China's Tencent: Apple Finally Caved! Patently Apple's revised cover graphic shows you that headline in additon to the noted version below which presents you with a fuller view of that headline. The Tencent report linked to the following story for background on this issue.  Tencent is China's largest and most used Internet service portal. 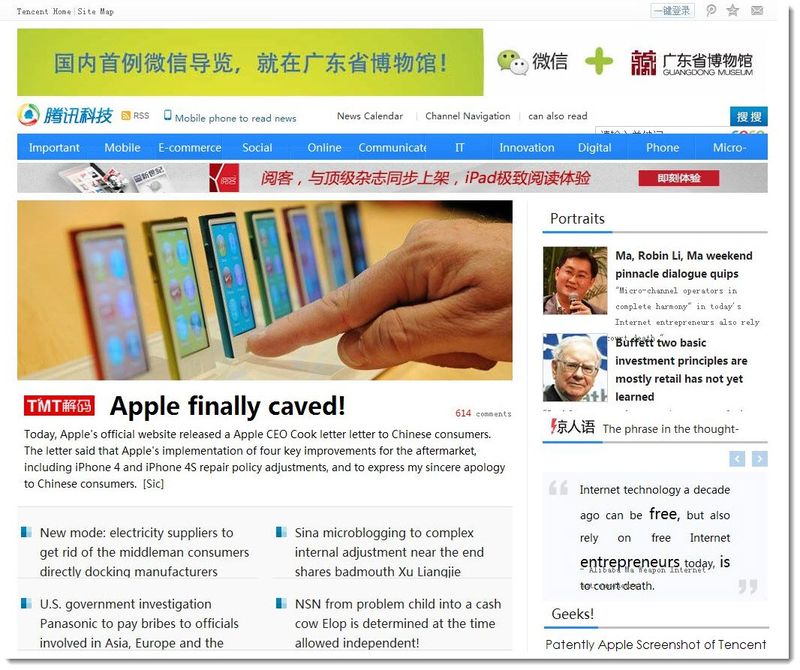