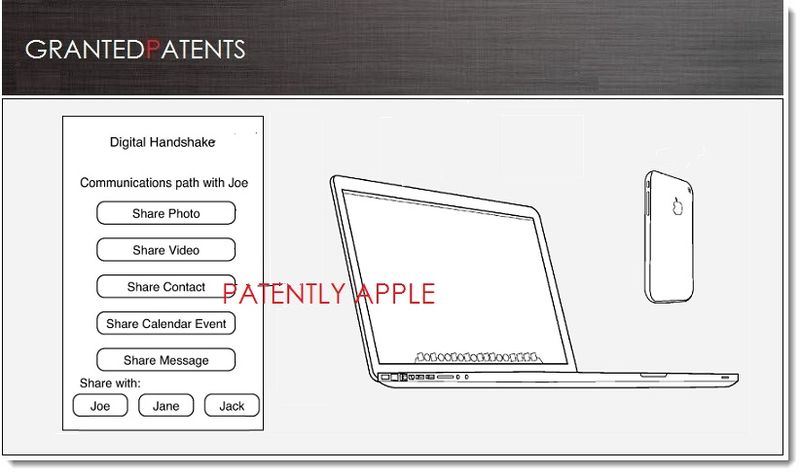 The US Patent and Trademark Office officially published a series of 54 newly granted patents for Apple Inc. today. In this particular report we cover a single important patent that could very well come to life this year. We've noted several times that Apple's Phil Schiller stated that it's not "clear that NFC is the solution to any current problem." The method of sharing data using a digital handshake via NFC doesn't seem to impress Apple and this newly granted patent may very explain their reasoning. Apple's solution is vastly superior in terms of securing data while being transferred. Due to its built-in security features, we may very well see Apple implement this technology into their future iWallet application instead of or in addition to NFC.

Apple has been granted a major patent today for their invention that relates to creating a secure short range communications path between electronic devices. In particular, this is directed to using an interaction between two devices to create a secure communications network.

Apple's patent first came to light in December 2011 revealing an all new way of sharing data quickly and securely between two or more devices in consumer, retail and/or enterprise applications. Apple's new system could be used on hardware sporting next generation cameras capable of reading invisible inks and optical coatings – which will hold a special key code. On the iPad, the secret security code for sharing data could be hidden in its face side bezel where no one could even see it.

Apple's patent also covers how it could be used for fast login on your desktop at home or office and that it could incorporate biometric security which is also covered in another Apple patent published in 2012. The biometrics aspect of this is important as it could tie into a future iPhone. One that rumors suggest is going to appear sometime this year. 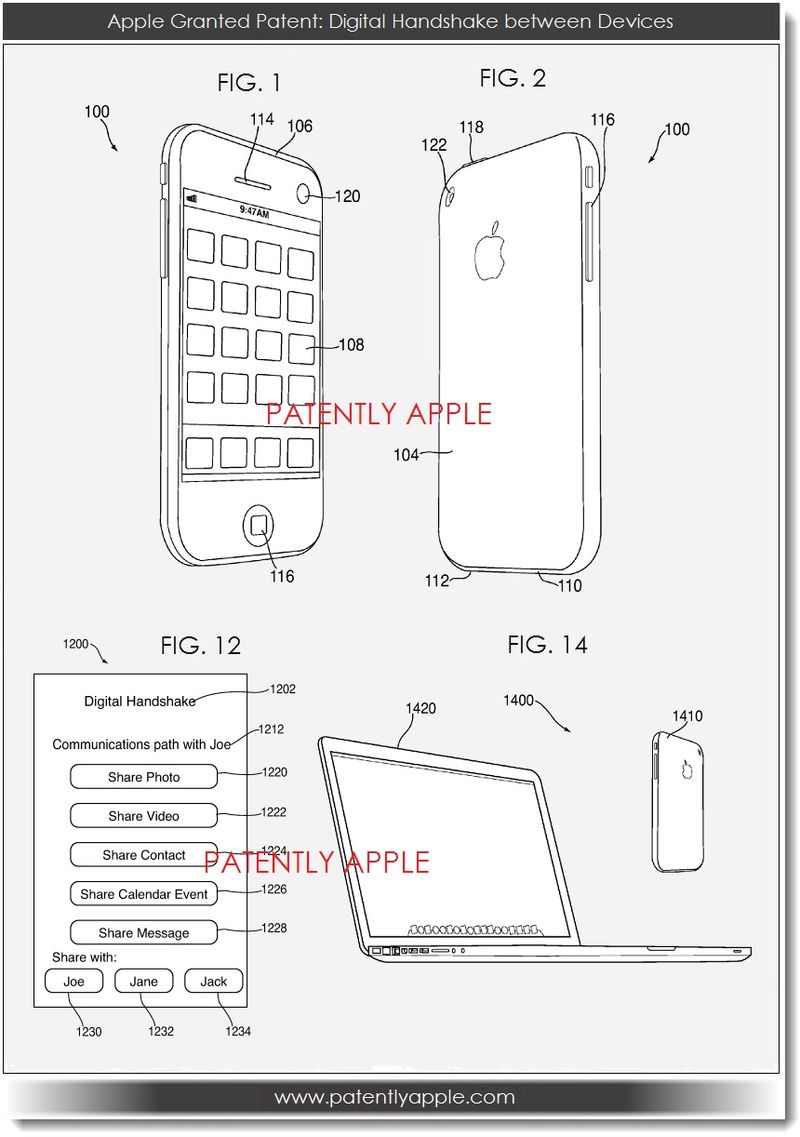 Apple credits Marcel Van Os and Caroline Cranfill as the inventors of this granted patent which was originally filed in Q2 2010 and published today by the US Patent and Trademark Office. To review today's granted patent claims and details, see US Number 8,429,407. For an easier review of the key points of this invention and access  more detailed graphics, see our original report that was published in December 2011 titled "Apple Invents Digital Device Handshake using Next-Gen Cameras & Invisible Inks."