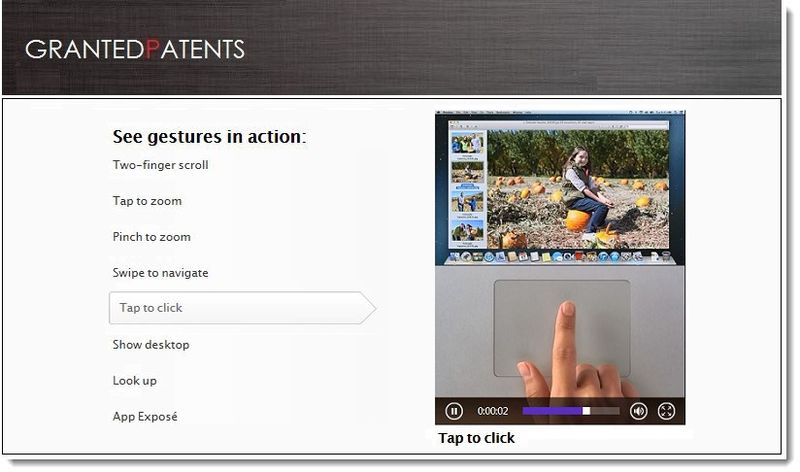 The US Patent and Trademark Office officially published a series of 33 newly granted patents for Apple Inc. today. Today's granted patent report covers an eclectic mix of technologies which includes multi-touch, the Mac mini and the apparatus that creates the Apple cut out logo on MacBooks and the iMac. Other granted patents cover a Macroscalar processor architecture and one that's a security based patent titled "Techniques for credential strength analysis via failed intruder access attempts." Yet perhaps the most interesting patent of the day goes to one titled "Gesture Movies" which lists the late CEO Steve Jobs as one the main inventors. We close out our report listing the remaining 27 patents that were granted to Apple today.

Apple has been granted a patent today for their invention that generally relates to input devices for computing systems, and more particularly, to the display of gesture movies to aid a user in performing gestures on an input device such as a trackpad.

Apple's invention and granted patent relates to the display of gesture movies to assist users in performing gestures. Gesture movies can be short, unintrusive, and available on demand. A list box can appear in a pop-up window or preference panel, containing a list of gestures that can be demonstrated. If a user clicks on a gesture in the list, a movie (e.g. a video or animation) of the gesture being performed can appears in one box, while a movie (e.g. a video or animation) of the action being performed on a particular object can be displayed in another box. Thus, a hand can be shown performing the selected gesture over a touch sensor panel, while at the same time, and synchronized with the gesture being displayed, an object being manipulated by the gesture can be displayed.

You could view one version of Gesture Movies over here. 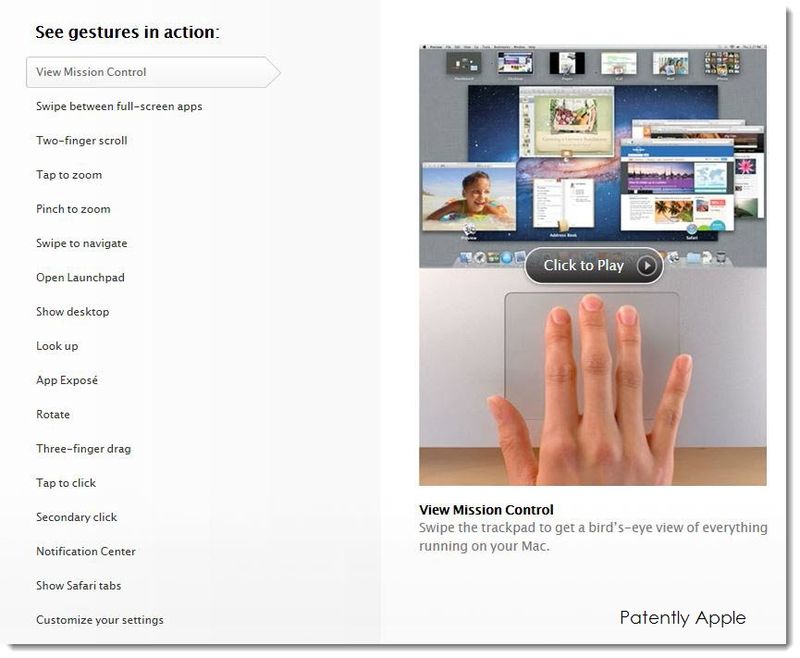 Apple's patent FIG. 1a shown illustrates a display showing an exemplary gesture movie. In the example of FIG. 1, a list box 102 can appear in a pop-up window or preference panel 104 containing a list of gestures that can be displayed. The preference panel can be called up manually by a user, or can pop up automatically. 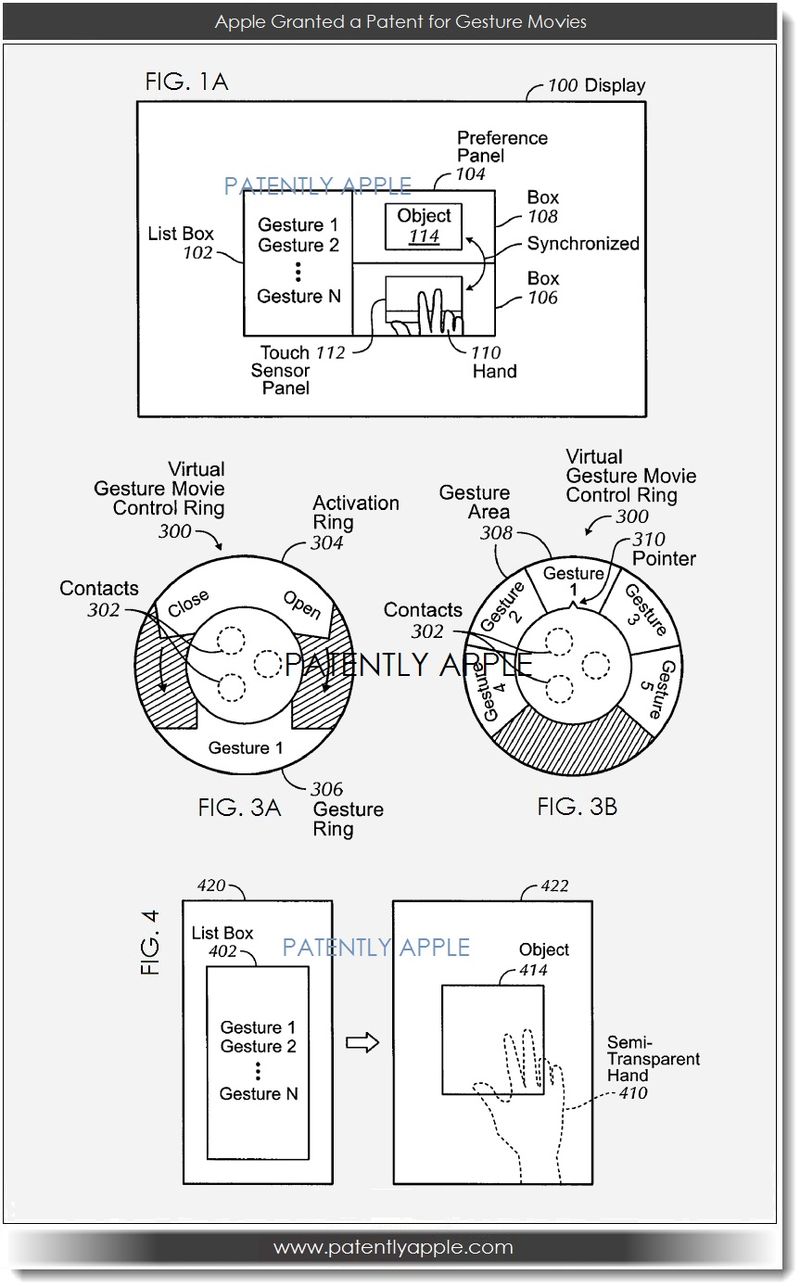 While I'm familiar with some of the described patent components, others like the "Virtual Gesture Control Ring" escape me. Have you seen the virtual gesture control ring? If so send in your comments below.

Apple credits the late CEO Steve Jobs and Bas Ording as the inventors of this granted patent which was originally filed in Q3 2008 and published today by the US Patent and Trademark Office. To review today's granted patent claims and details, see US Number 8,413,075.

Apple has been granted a patent today for the Original Mac Mini.

Apple credits Senior Product Design Engineer Joseph Moak and team members Ghiew Goh, Matthew Theobald, Houtan Farahani, Ricardo Mariano and Eric Knopf as the inventors of this granted patent which was originally filed in Q and published today by the US Patent and Trademark Office. To review today's granted patent claims and details, see US Number 8,411,434. 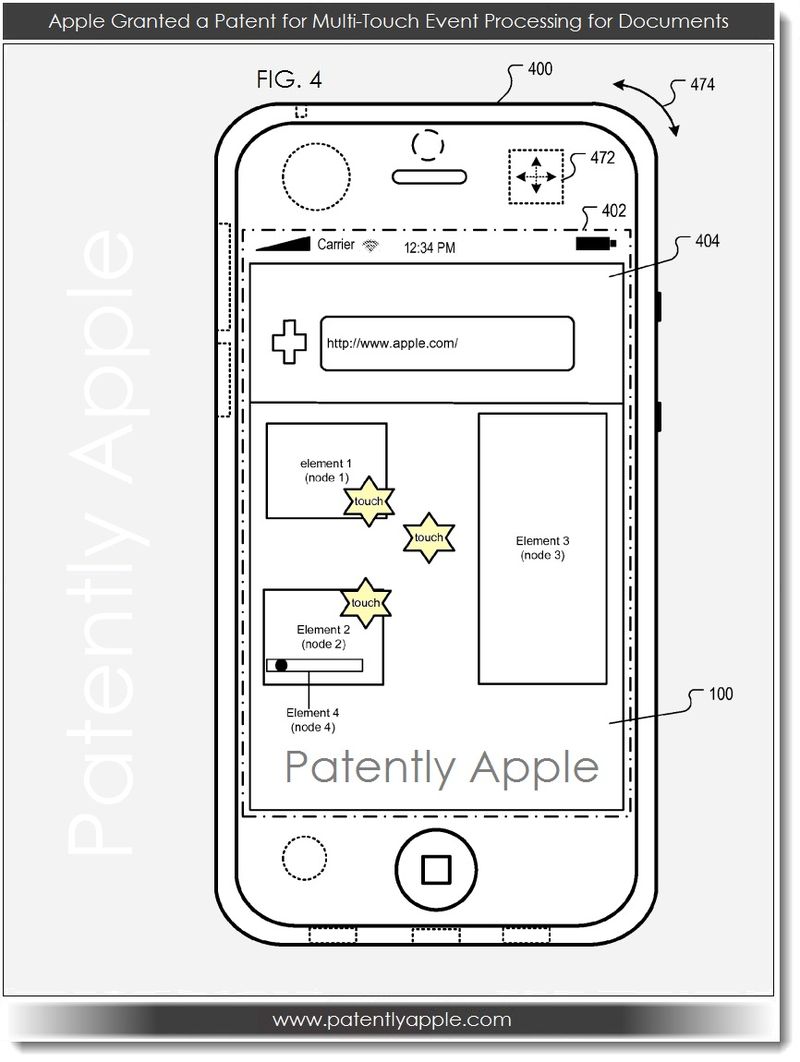 Apple credits Gregory Bolsinga, Tim Omernick and Richard Williamson as the inventors of this granted patent which was filed in Q2 2012 and published today by the US Patent and Trademark Office. The patent actually dates back to 2008 via patent 8174502, review today's granted patent claims and details, see US Number 8,411,061

Apple has been granted a patent today for their invention relating to apparatuses and methods for intricate cuts and, more specifically, to creating sharp features in cutouts such as Apple's Logo on MacBooks and the iMac. 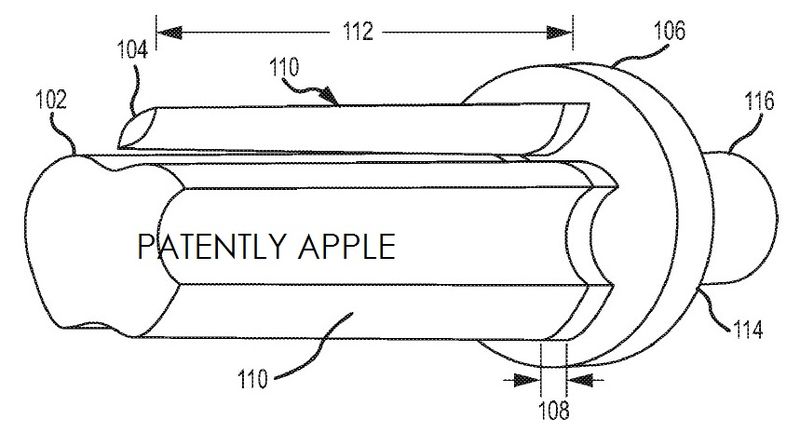 Apple credits Kevin Kenney as the sole inventor of this granted patent. To view this patent and its 23 patent claims, see patent 8,408,972

Other notable granted patents published today include one for a Macroscalar processor architecture, which is Apple's second granted patent for such a processor; and another that is a 2007 security based patent titled "Techniques for credential strength analysis via failed intruder access attempts. 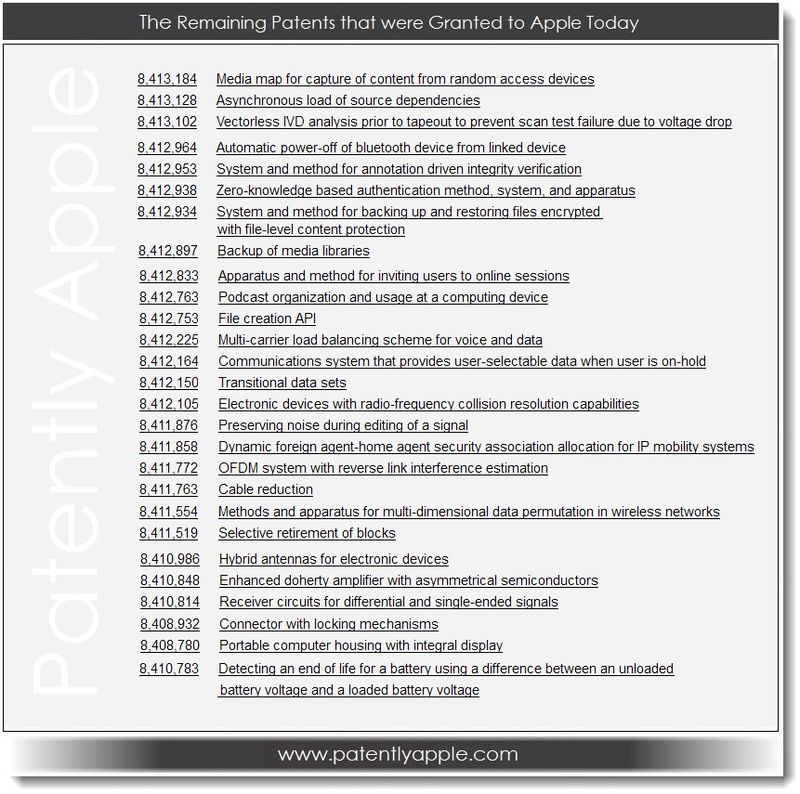 Readers should be aware that every Tuesday the US Patent and Trademark Office publish Apple's Granted Patents. Granted patents are approved patent applications that Apple applied for months or even years ago. In the vast majority of cases, "granted patents" aren't covering any new kind of technology on the day the patent is being granted. New Apple technologies are generally revealed on Thursdays by the US Patent Office in the form of published patent applications. Some Mac sites confuse this process by making claims and presenting bylines on Tuesday that insinuate that Apple has just revealed a new technology or process. In 99% of cases, this is simply untrue and readers should be made aware of this fact.

A case in point this morning is AppleDailyReport reporting that "Apple files patent for small form factor desktop computer." No, Apple didn't file any such patent for that today and in the end it related to Apple's long standing Mac mini which makes it old news. It's simply a granted patent which isn't covering anything new.

There are known exceptions to the rule such as patents that were recently acquired by Apple or a domestic and/or foreign patent application that Apple had never presented in the US before under its own brand name.