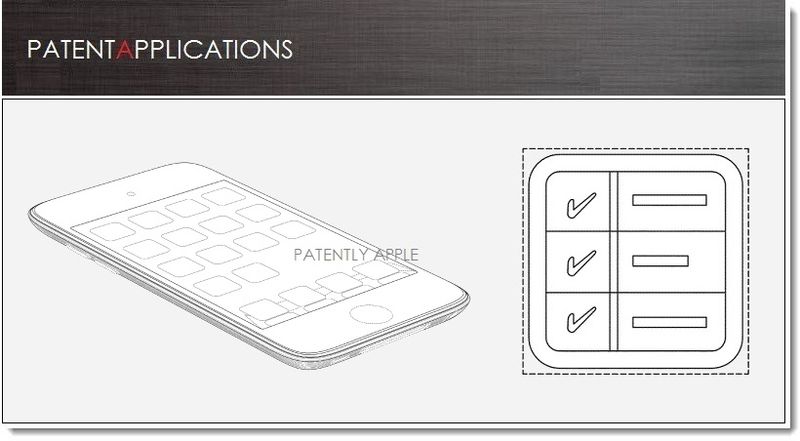 The US Patent and Trademark Office officially published a series of 19 newly granted patents for Apple Inc. today. Those granted include an iPhone's industrial design, three facets of iOS including one that covers folder management and the famed "jiggle" effect associated with moving apps around on your iDevices. Our report also lists 14 additional patents granted to Apple today which cover a wide spectrum of technologies including antennas, databases, calendars and wireless matters.

Apple has been granted a patent today for their invention relating to creating and managing iOS folders.

Any time an iDevice owner wants to move one of their apps from one page to another or to put them into favorite folders, it begins by placing a finger on the app icon that's to be moved and sustaining a hold position until the entire iOS UI begins to jiggle. Once in that jiggle state the user is able to move the app icon at will. In Apple's patent FIG. 5B below, we see that the iDevice has entered a user interface reconfiguration mode whereby the selectable user interface objects jiggle as though they are floating on water. 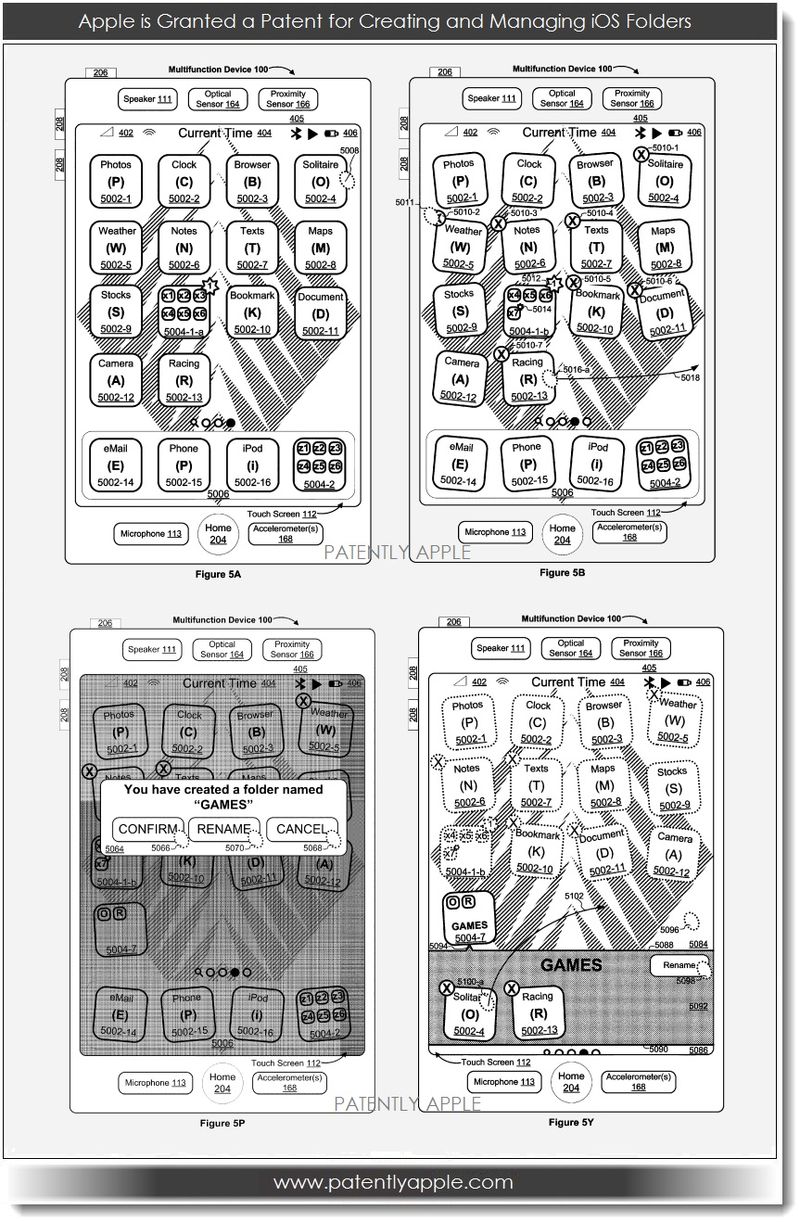 Apple credits Imran Chaudhri as the sole inventor of granted patent 8,423,911 which was originally filed in Q3 2010 and published today by the US Patent and Trademark Office. Linkedin humorously presents Chaudhri's position as one who "makes things at Apple."

Apple was granted three design patents today. The first covers the iPhone 3GS, the second covers Apple's iOS icon for a "Reminders" list and the third represents their design for grouping apps into folders. 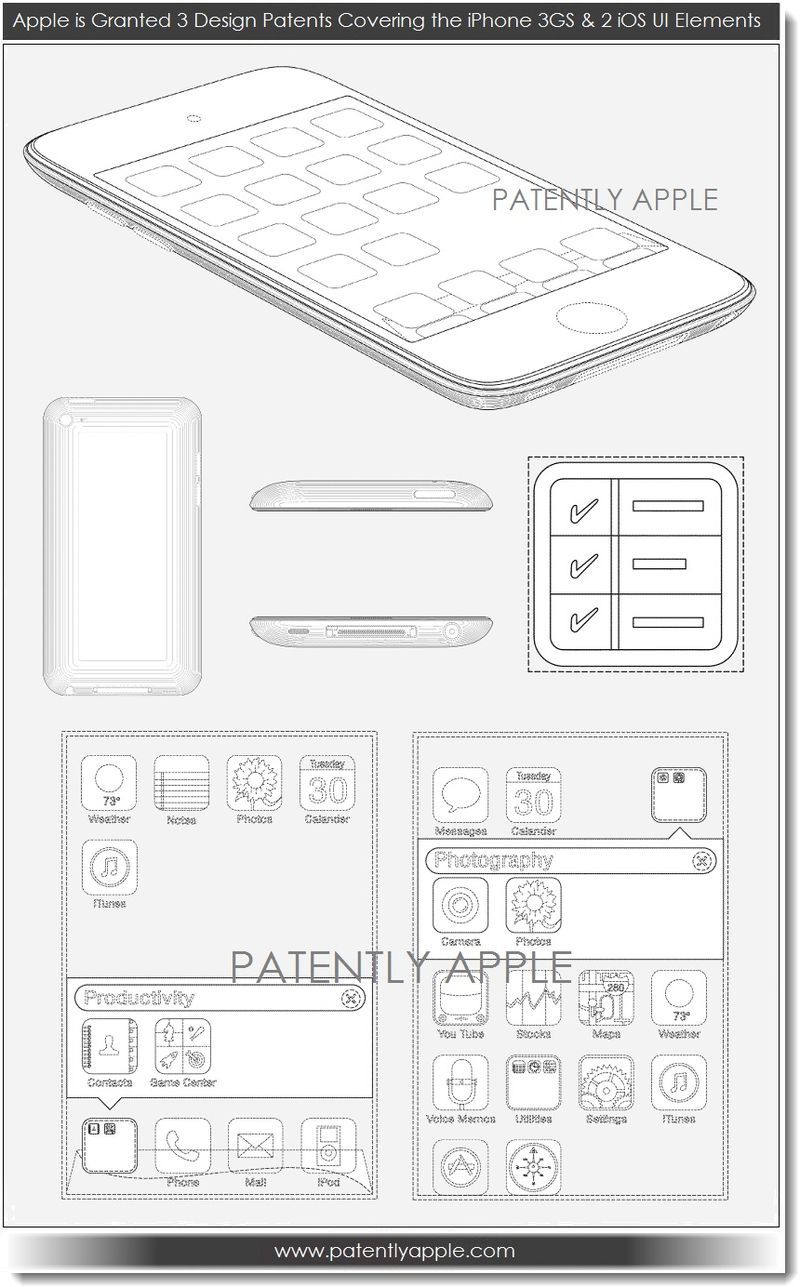 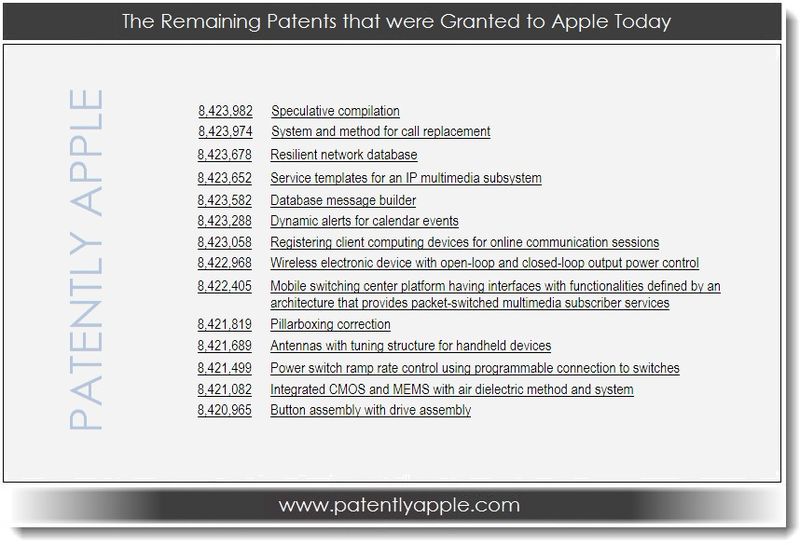