The San Francisco District Court has revealed that THX have filed a patent infringement case against Apple. THX is a high-fidelity audio/visual reproduction standard for movie theaters, screening rooms, home theaters, computer speakers, gaming consoles, and car audio systems. The current THX Company was created in 2001 when it spun off from Lucasfilm Ltd. The lawsuit alleges that Apple's iDevices including the iMac infringe on their intellectual property. 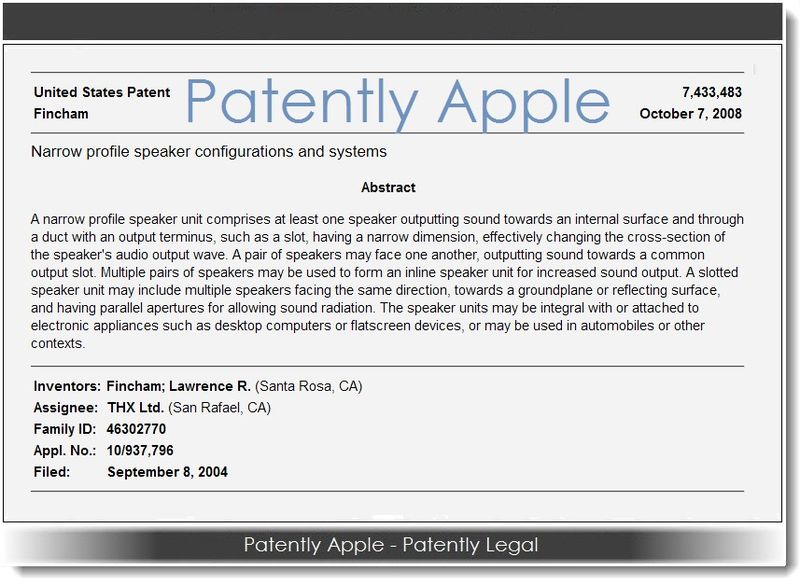 THX is alleging that Apple's iPhone 4 and later models, as well as its iPad and iMac products, which incorporate narrow-profile speaker units that output sound through a duct or aperture have a narrow dimension.

On this front, the THX patent appears to have the area of narrow profile speaker configurations nailed down in plain English. If you're interested in reviewing the patent claims that would relevant in this case, you could review them here.

The patent infringement case presented in today's report was filed in California Northern District Court, San Francisco Office. The Presiding Judge in this case is noted as being Judge Jeffrey S. White.

It's interesting to note that on one hand they're suing Apple and on the other they're profiting from their current iOS app called the "THX tune-up" app available at the App Store.

The THX label has indeed been diluted badly in the home market over time but in it's original state it did at one time represent a well very thought out approach to achieving good home theater sound. THX taught a lot of folks how to better understand bass management, surround sound decoding and speaker technology. As a brand name it's much less relevant now but there was a time when those involved were at the leading edge of developing the best technology and concepts available for recreating theater like sound in a home environment. And Tomlinson Holman has since moved on to do a lot of great work developing other technologies like Audyssey that have had a big impact on the home theater market.

THX is still thing? They only mattered when there were THX theaters; THX for consumers was always a joke.