The iPhone 5's Integrated Touch Technology is Granted a Patent The US Patent and Trademark Office officially published a series of 39 newly granted patents for Apple Inc. today. Our first granted patent report focuses on the iPhone 5's integrated touch technology being granted a patent as well as their 2011 Cinema Display. Apple's new integrated touch technology allowed the iPhone 5 to be much lighter and brighter than previous versions as well as requiring less power.

Apple has been granted a patent today for their invention relating to a display with integrated touch, a feature that was first introduced with the iPhone 5 as noted in our cover graphic above showing Apple' Phil Schiller introducing this feature last September.

The multi-function circuit elements can be, for example, capacitors in display pixels of an LCD that are configured to operate as storage capacitors/electrodes, common electrodes, conductive wires/pathways, etc., of the display circuitry in the display system, and that may also be configured to operate as circuit elements of the touch sensing circuitry.

In this way, for example, a display with integrated touch sensing capability may be manufactured using fewer parts and/or processing steps, and the display itself may be thinner, brighter, and require less power. 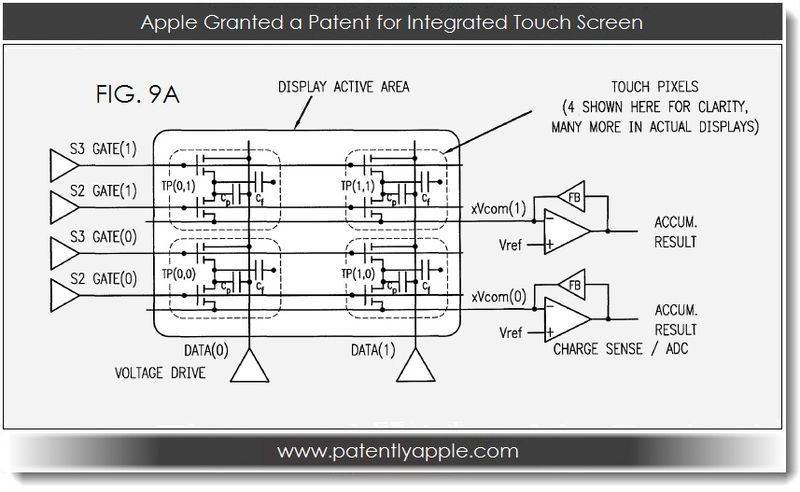 Apple credits Steven Hotelling, Marduke Yousefpor, Shih Chang and John Zhong as the inventors of this granted patent which was originally filed in Q3 2009 and published today by the US Patent and Trademark Office. To review today's 11 patent claims and full detailing, see granted patent 8,390,582.

Another touch panel related patent that was granted to Applel today is titled "Method for Fabricating Touch Sensor Panels." Apple's patent relates to a system and method for improving the touch sensor panel fabrication process using a resist which serves as both a mask during a lithography/etch (litho/etch) patterning process and a passivation layer during the subsequent passivation process. For more see granted patent 8,388,852. 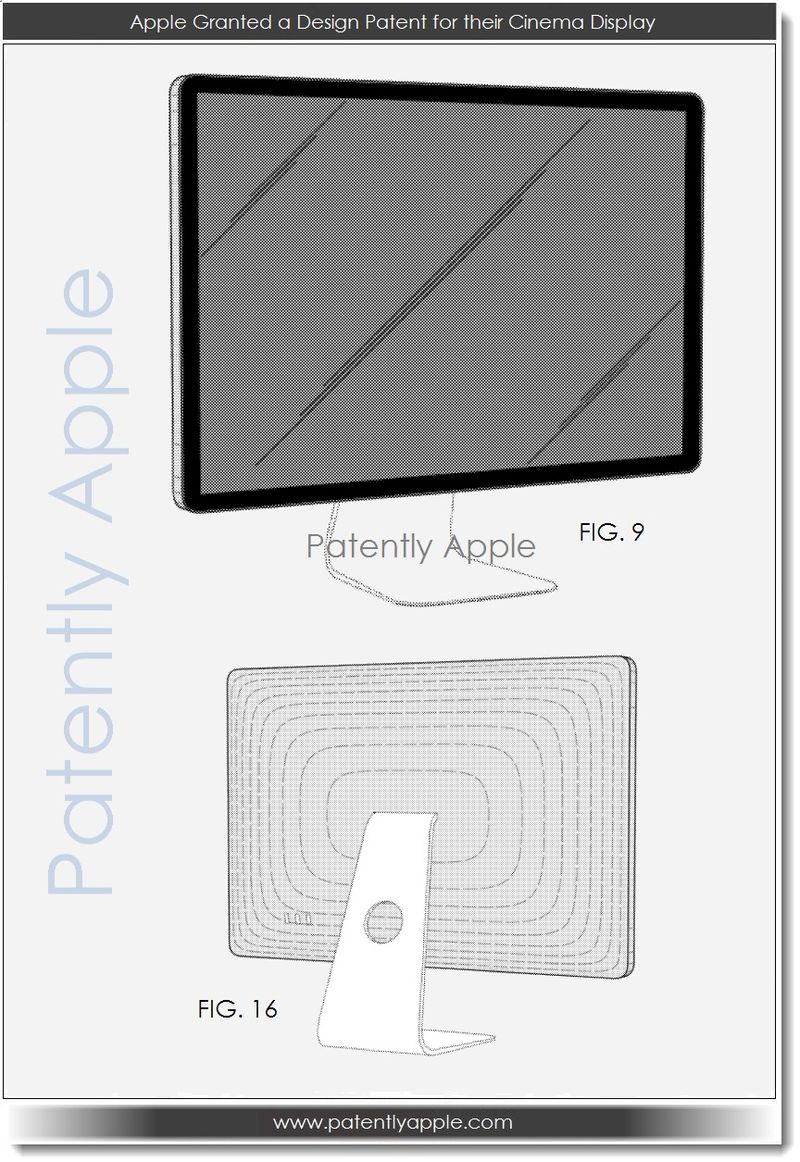